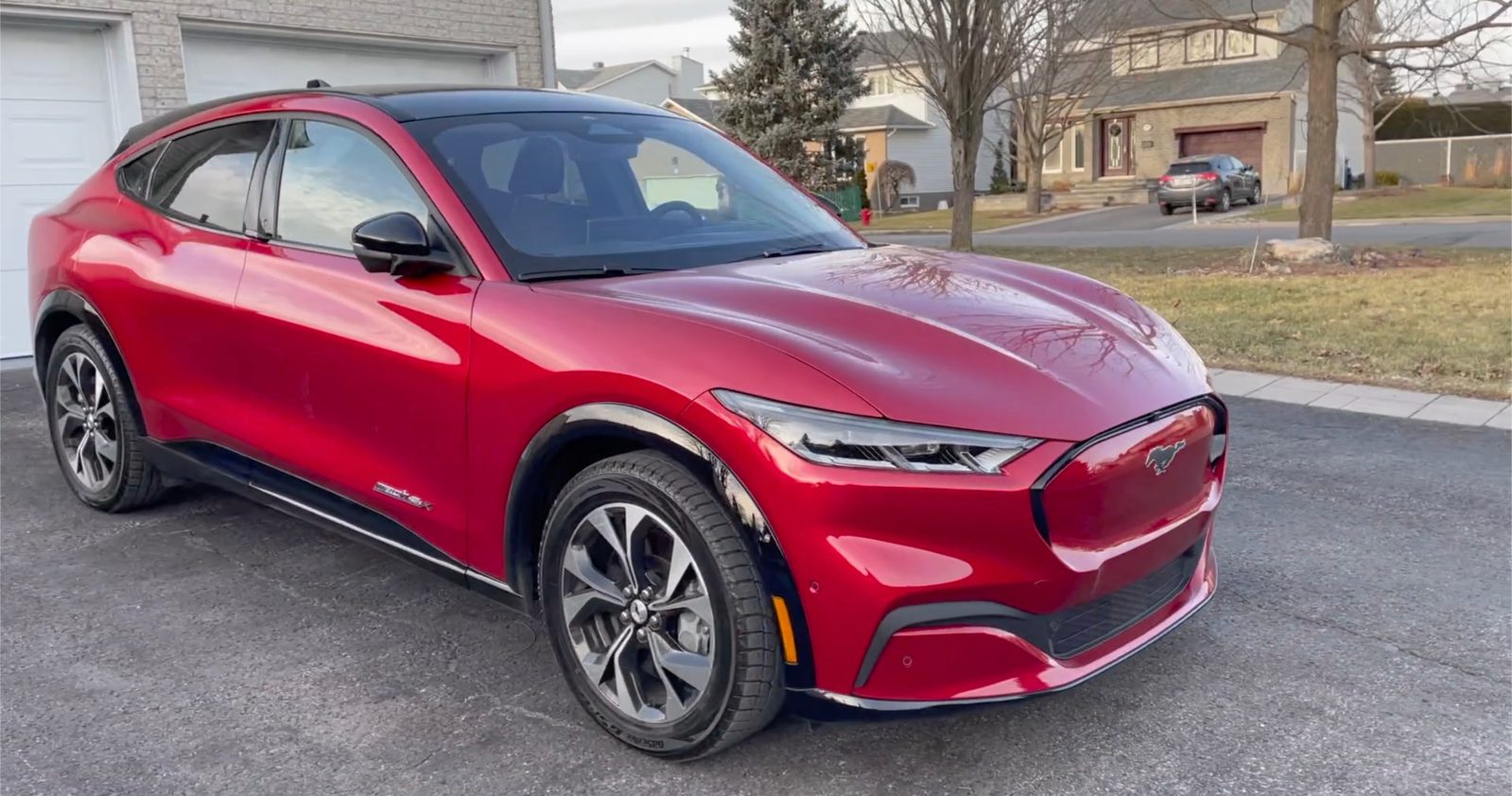 Ford is already producing more Mustang Mach-E electric vehicles than gas-powered versions of the Mustang. That’s just months after the first Mach-E rolled off the assembly line in Mexico.

While it is technically an important milestone, it might not stay that way as the chip shortage and Ford’s priorities are likely having an impact.

When Ford decided to make its first [non-compliance] electric vehicle a “Mustang,” it took a risk that upset many fans of the brand who didn’t like that a Mustang was now electric and a crossover.

But the automaker seemed determined to electrify its most iconic brands.

Now it looks like it might already be paying off as Ford confirmed that Mach-E production is already out-pacing gas-powered Mustang cars this year (Ford via Bloomberg):

“Ford has built 27,816 electric Mustang Mach-E models at a plant in Mexico this year compared to 26,089 copies of the traditional internal combustion engine Mustang at a factory in Michigan, according to production data the automaker released Thursday.”

Ford managed to quickly ramp up production of its first all-electric vehicle built to be electric from the ground-up.

However, it’s unclear if the Mach-E will keep outpacing the gas-powered Mustangs, which are apparently affected more severely by the chip shortage.

“We are really excited about the success that we are having with our launch of the all-new Mustang Mach-E, not just here in America, but globally too. To be fair, please keep in mind that Mustang and Flat Rock have been impacted by outside factors, which has been the semiconductor chip shortage.”

“We have purposely protected our launches — Bronco, Bronco Sport, Mach-E, F-150. If we can switch a module over to one of those launch vehicles, we have. We’re very protective of the launches because they are so important for our business.”

Therefore, it will be interesting to see if the Mustang Mach-E outpaces the gas-powered Mustang long term or if it reverts back.

The Mustang Mach-E is finding some success in international markets too with becoming the best-selling car in Norway last month. Though to be fair, it benefited from a demand backlog in the country.

In the US, Ford sold 1,945 Mach-E vehicles last month, which is still fewer than the 4,436 Mustangs delivered during the same period.

There are currently around 2,000 Mustang Mach-E vehicles sitting on dealer lots based on a Autotrader search but the average wait time is in months to get a new one.

Also, demand for Mach-E long term vs. the ICE version is going to be interesting to watch. While both cars are called Mustangs, they are totally different cars and use cases, even if you don’t consider the ICE/Electric differences.