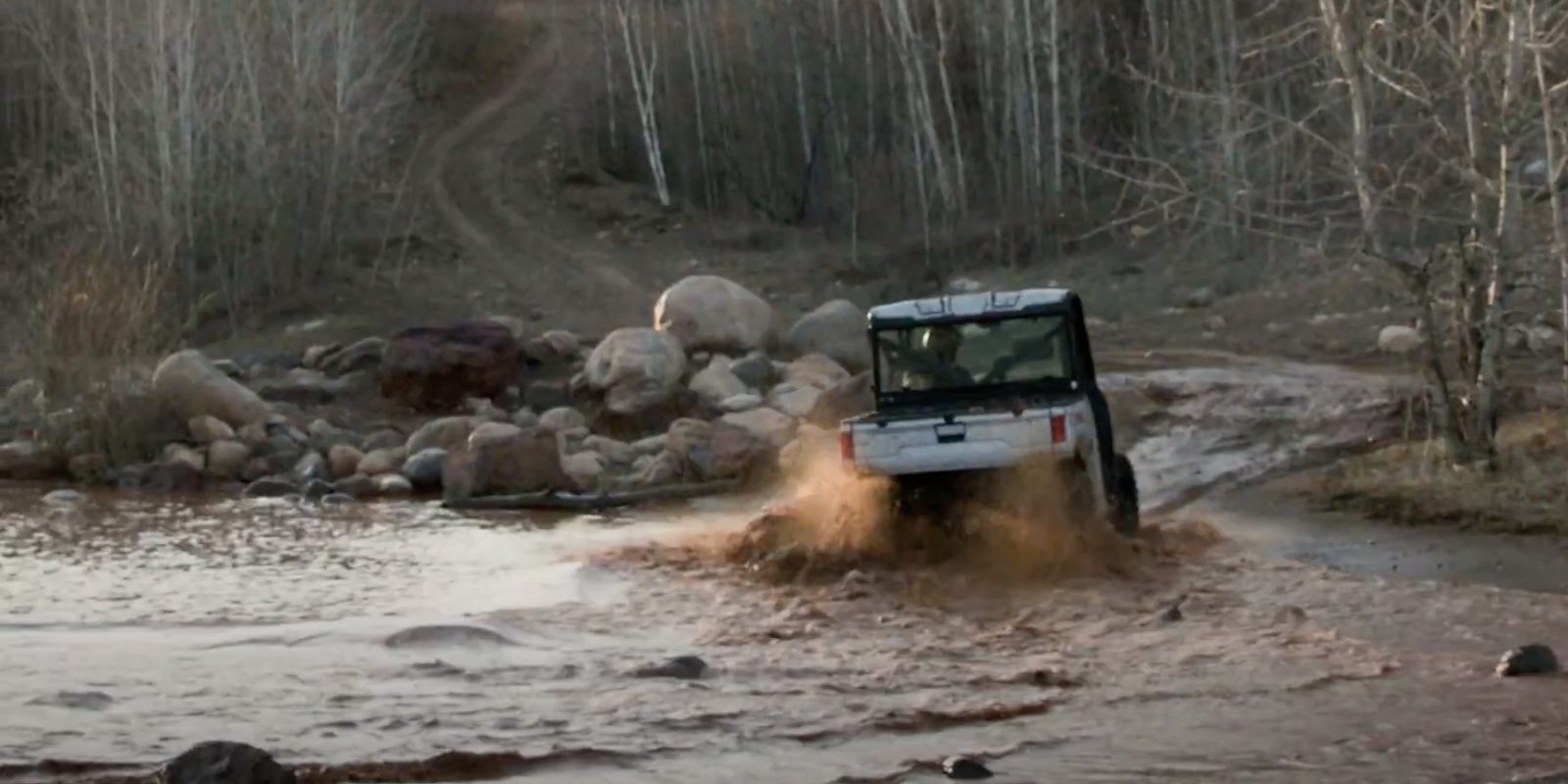 The hype around the new electric Polaris RANGER is growing with each fresh look at the upcoming UTV. Now a new video is giving us a better idea of how well the vehicle works off-road, which is of course key to the utility of a UTV. At the same time, the Polaris team is also discussing how the electric UTV will outperform gas-powered UTVs.

The UTV uses a drivetrain that was developed within a partnership inked between Polaris and Zero Motorcycles to incorporate the latter’s electric vehicle technology into Polaris’ various off-road vehicle designs.

The prototype seen in the testing video below doesn’t necessarily represent the final external design of the vehicle, but likely hides away a fairly finished electric drivetrain.

Off-roading is obviously an area where Polaris has significant experience, and the inclusion of an electric drivetrain is now allowing the company to increase its vehicles’ performance levels on the trails.

As engineers, we love to innovate. We set out to deliver to our customers an outstanding off-road performance vehicle with no compromises. The ability to go anywhere is a fundamental reason for why people chose a utility side-by-side. From ground clearance to suspension travel to all-wheel-drive, RANGER has a proven track record of delivery outstanding off-road performance. And the all-new electric RANGER continues that tradition.

In the testing video, the new electric RANGER can be seen traversing basketball-sized rocks as well as navigating mud while crossing a running stream.

After seeing the snow and ice performance of the new electric RANGER earlier this year, it seems that the UTV has the various terrain options pretty well covered.

And the extra weight of Zero’s batteries doesn’t seem to have negatively impacted the RANGER either. In fact, the engineering team was able to use the modular nature of the new weight to better distribute the load around the vehicle to provide better off-road performance.

Some people worry that an electric drivetrain and batteries will add significant weight that could compromise off-road performance. The truth is the distribution of weight has been optimized with off-road performance in mind, and the overall power-to-weight ratio is dramatically higher than any current utility side-by-side.

Even on the low end, that would be a large power boost and significant torque boost compared to the current 30 hp found in the existing RANGER EV.

No matter which motor Polaris incorporated into the new electric RANGER, it is certain to offer other advantages outside of raw power. Unlike internal combustion engines that have several hundred components, many of which are designed to wear out over time, an electric motor is both simpler and largely maintenance-free.

That means owners can spend less time and money repairing their vehicles and more time using them.

Going electric also brings added off-road durability. By reducing the number of moving parts, we’re giving the all-new electric ranger the strongest utility drivetrain we’ve ever made. I think customers are going to be truly delighted – we’re delivering a package that maybe they didn’t even think was possible, but is almost certainly beyond what they expect.

The new electric RANGER won’t be officially unveiled until this December, but we’re hoping Polaris keeps sharing more details like these along the way.