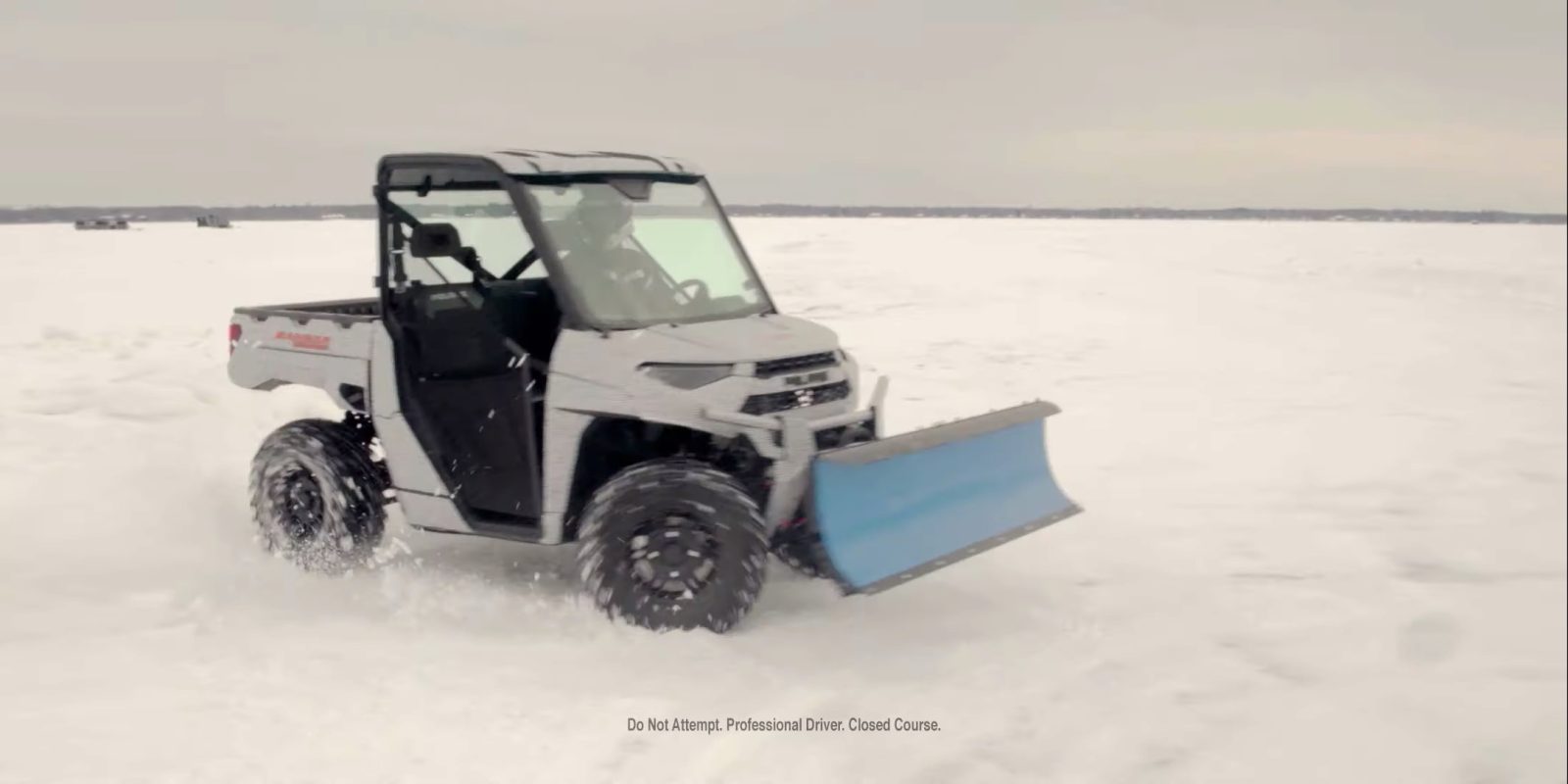 Polaris has an all-new 100% electric RANGER slated to enter the market later this year, and is now releasing the first-ever video showing it in action.

We’ve previously only seen a teaser image that didn’t reveal much about the vehicle itself.

But now we get a chance to see the entire new all-electric RANGER, albeit somewhat humorously wrapped in automotive camouflage.

The test video is the first in an upcoming series of five, and is titled Pure Power.

It showcases the electric RANGER undergoing winter testing at -8ºF (-22ºC), with the UTV plowing through heavy snow, pulling a large enclosed trailer and performing AWD donuts in the snow.

The most exciting thing about building this new electric RANGER is that the electric powertrain has unlocked capabilities for us to create the best RANGER we’ve ever built. The all-new electric RANGER will give users significantly more horsepower and dramatically more usable torque than they’ve ever had before.

Electric motors are excellent for utility work. They have a very linear torque curve so they can generate peak torque very quickly and maintain it through a wide range of operating speeds. That’s exactly what you want for big jobs like plowing deep snow or towing heavy loads.

Not only is torque good for work, it is excellent for fun. When you step on that pedal and you get that instantaneous response, you’re going to feel acceleration the way you’ve never felt acceleration in a utility vehicle before.

This electric RANGER will raise the bar when it comes to how much work you can get done and how much fun you can actually have in a utility vehicle. We build the hardest working smoothest riding utility vehicles on the planet and we’re not about to compromise on any of that.

The new all-electric RANGER will be the first EV produced by a partnership between Polaris and Zero Motorcycles. The electric motorcycle company’s powertrain technology is being incorporated in several of Polaris’s vehicles, updating their capabilities.

And if Polaris’s marketing is to be believed, the update should provide significantly better performance than the company’s previous gas-powered vehicles.

We don’t have any tech specs yet, but Zero currently offers three electric motors ranging from 35-82 kW of power (46-110 hp). Even on the low end, that would be a large power boost and significant torque boost compared to the current 30 hp found in the existing RANGER EV.

Polaris is expected to release more videos showing off the all-new electric RANGER’s precision control and off-road performance. That should help ease the pain of waiting until December 2021 for the new electric RANGER to make it to market.