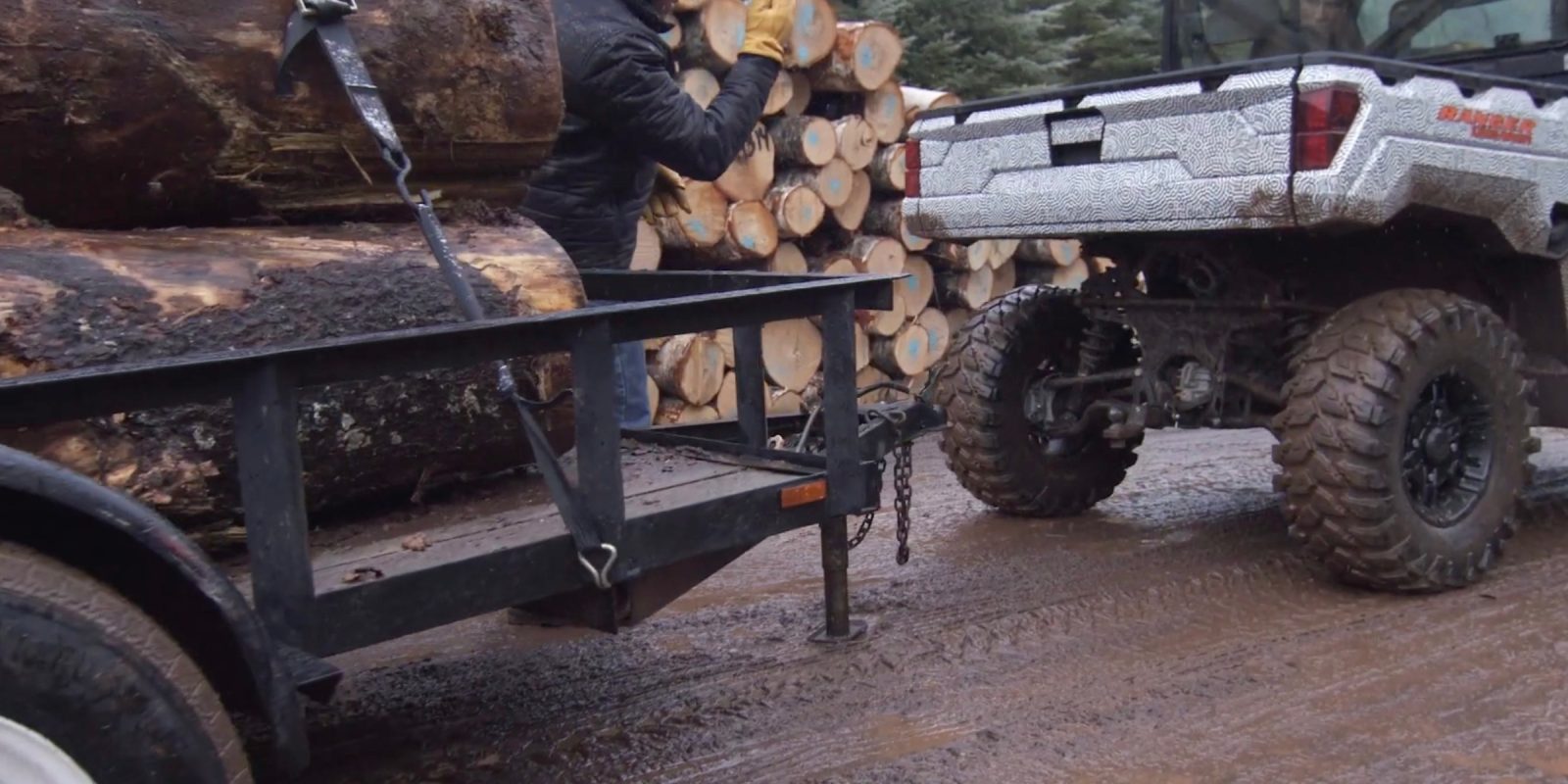 As we’ve previously reported, Polaris is set to release a new version of the company’s electric Ranger UTV this year. Now a new teaser video is giving us a look at the prototype’s powerful towing capabilities.

The new electric Polaris Ranger will be the first of many Polaris electric vehicles produced as part of a partnership with Zero Motorcycles.

In the latest video, Polaris shows us the new electric Ranger demonstrating its towing capacity and precision control. The company also shares more detailed information about the drivetrain.

Polaris informed us that the vehicle seen in the video uses the prototype electric drivetrain, but isn’t the final full-size version that will be released later this year.

In the video below, we can see it performing not just the duties of a log-hauler, but also towing an actual logging truck fully loaded.

“Hard-working utility is about more than raw power. To get work done fast and efficiently you need to be able to control the power exactly how you want it. The all-new electric ranger will deliver next level hauling and towing because of the way it combines massive power with precise control.

This vehicle is an absolute blast to drive. It even surprised me the first time I drove it. From the instant acceleration that pushes you back in the seat to just creeping around at less than one mile per hour, the precise control this vehicle is phenomenal.”

Erspamer then expanded on the new electric Ranger’s advantages from its electric motor:

“So electric motors, the cool thing about them is they are very tunable so we can deliver greater capabilities at lower speeds with power on demand exactly when you want it. We can also use regenerative braking, the feature that helps charge the battery when you take your foot off the throttle, as a variable engine braking system. So if you’re going down a hill hauling a load it’ll actually help slow the vehicle while it’s charging the battery.

Add it all up and we’re able to precisely control how the vehicle accelerates, how it decelerates, and how much torque is being produced at any given speed. That’s a powerful formula for optimizing performance. Anything from traversing rocks or boulders to backing up to a trailer to hook up a hitch, the precise control is going to be a huge benefit”

The new electric Polaris Ranger won’t be available until the end of this year, with the company projecting the launch to take place in December 2021.

Based on the snow donuts performance of the electric ranger prototype we saw in the last teaser video, it should be well spec’d for winter utility and fun.

Seeing the new electric Polaris Ranger prototype showing off its hauling and performance is cool and all, don’t get me wrong. But I think I’m even more excited for the fact that this is likely going to be the first electric vehicle owned by a lot of folks in the “EVs aren’t for me crowd.”

Once farmers, ranchers, contractors, and other heavy-duty utility customers see that the electric version of a UTV actually has better performance than their typical gas-powered utility vehicles, the case for electric will be sold.

A Tesla might be a hard sell to an owner of a tree farm, but an electric UTV more likely speaks his or her language. When performance and control are on the line, utility users are generally going to make the call based on what works best, not on what they want to have seen parked in their driveway.

That is of course as long as the thing is affordable. We don’t have any word yet on the price, so let’s hope it doesn’t price out too many potential users who could benefit from such a performance upgrade.