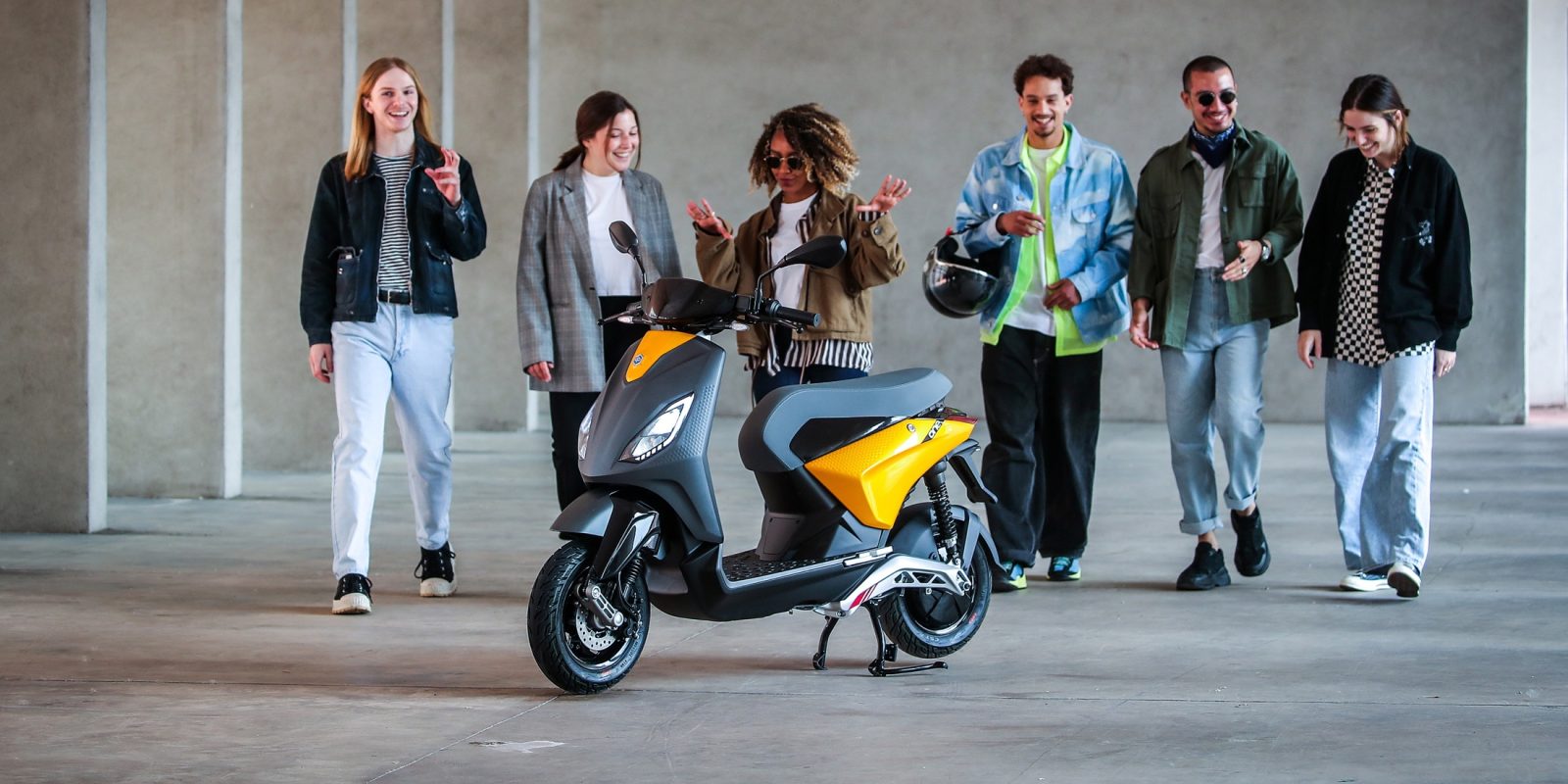 Piaggio’s second-ever electric scooter has just been unveiled ahead of the Beijing Motor Show later this week. That’s where the new Piaggio ONE will take center stage, though the brand is already unveiling the vehicle online to start the buzz.

The new Piaggio ONE electric scooter isn’t just a single vehicle, but rather a platform.

Piaggio says that it will be available in multiple power levels and battery capacities, ranging from moped to motorcycle.

As the company explained in a press release sent to Electrek:

“Designed in Italy and intended for a young audience, “ONE” is a fusion of colour, imagination, style, safety and technology never seen before on an electric scooter Inspired by the Piaggio tradition that created the legend of the simple lightweight moped, “ONE” aims to revolutionise electric urban mobiilty, combining efficiency with fun “ONE” is a global project for Piaggio. It will debut live at the Beijing Motor Show on 28 May 2021 and will be available in Europe from the end of June.”

We don’t yet have any real tech specs for power or battery capacity in any of the models, but we do know that Piaggio will include removable batteries in the ONE.

That’s a departure from the brand’s first electric scooter, the Vespa Elettrica. That scooter features a large 4 kWh battery, but it is built into the scooter and not removable. Removable batteries have the advantage of allowing charging in more places, since riders can take the batteries off of the scooter and charge remotely.

Piaggio recently entered into a battery-development consortium with other major motorcycle manufacturers to develop a removable battery standard, though it is unlikely that the ONE will feature batteries developed as part of this consortium. Any advancements regarding such a battery standard are not expected for some time.

The Italian manufacturer is touting the ONE’s technological suite, explaining:

The Piaggio ONE features a wealth of technological features, including a digital colour instrument panel with a sensor to adapt the background and luminosity to ambient conditions, full LED lights, a keyless start system, two motor maps.

Even so, this is certainly a big moment for Piaggio, whose first electric scooter model was priced at such a premium level that it failed to penetrate the market with younger riders. The brand is likely hoping that a more affordable youth-oriented scooter can help reclaim the past Piaggio prestige with young riders.

We’ll likely learn more about the Piaggio ONE during the full unveiling at the Beijing Motor Show later this week. Make sure to check back for our coverage. And until then, let us know what you think of Piaggio’s latest electric scooter model in the comments section below!