Piaggio has just unveiled its latest electric vehicle, and it’s no Vespa. This time it is the classic Piaggio Ape that is going electric as the new Ape E-City electric tuk-tuk.

More properly known as ‘auto-rickshaws’, these types of three-wheelers are commonly referred to as tuk-tuks.

They feature a motorcycle-like front end and a cart-style rear axle with a passenger area behind the driver.

The Ape (which means “bee” in Italian and is actually pronounced Apeh) has been in production in one form or another for over 70 years. Until now, the commercial three-wheelers had always been powered by an internal combustion engine. But with Piaggio’s latest announcement we have learned that the Ape is going electric. The latest version, the Piaggio Ape E-City, will be released first into the Indian market.

The Ape E-City electric tuk-tuk will feature removable batteries. The flat-packs will be mounted low on the vehicle for added stability and can be slid out and replaced in just a few minutes at automated service stations. 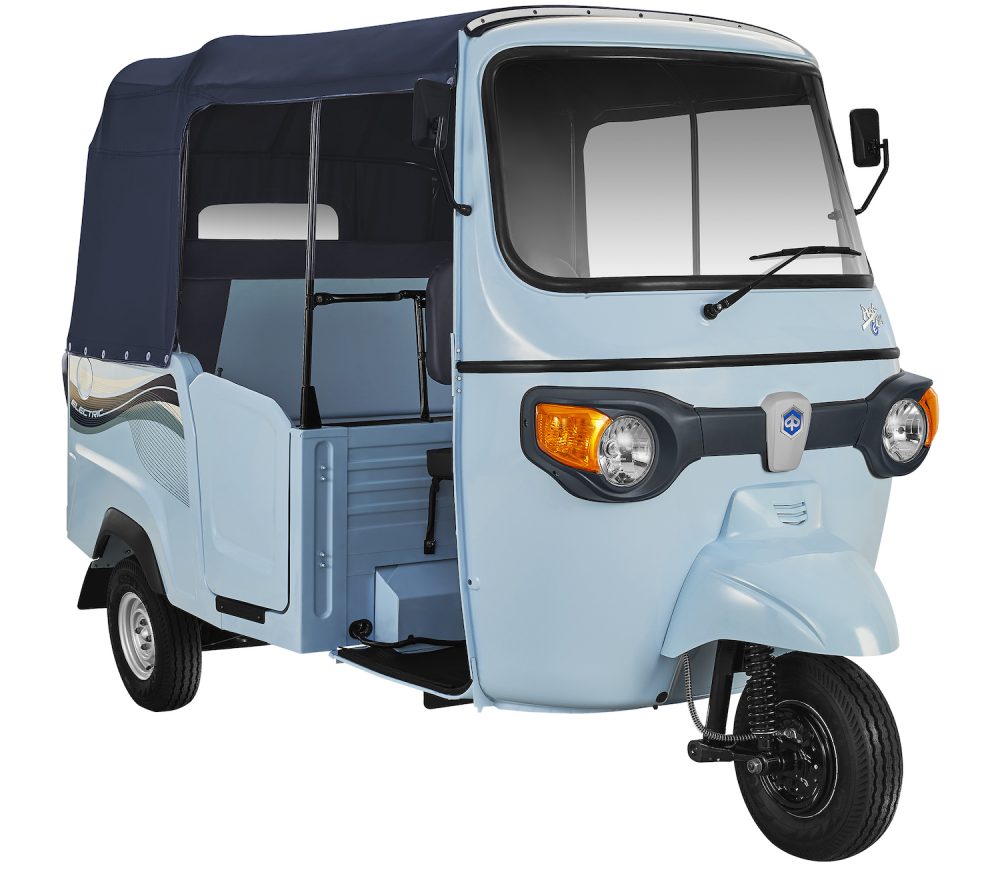 The electric tuk-tuk is expected to be used not just for transportation in lieu of typical taxis, but also for other commercial applications such as food carts.

The Indian Government has been in the process of instituting regulations to boost the adoption of electric vehicles to replace gas-powered two and three-wheelers. The recently implemented FAME program (Faster Adoption and Manufacturing of Hybrid and Electric Vehicles) has helped accelerate purchases of electric vehicles by providing tax incentives in the neighborhood of 5-12% on such vehicles. 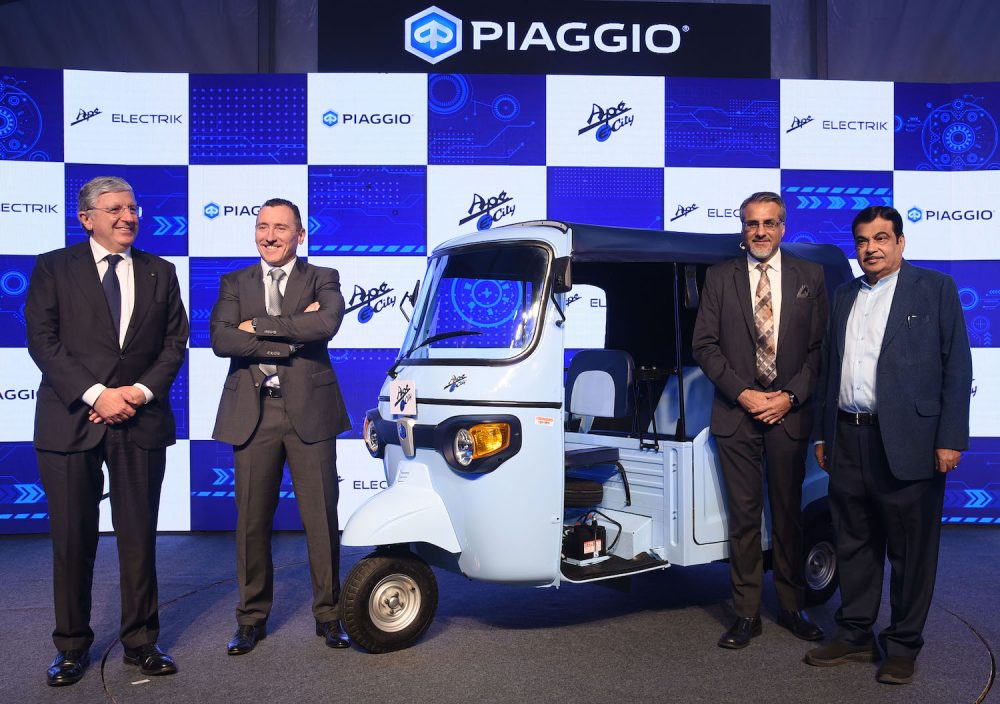 Electric rickshaws are becoming increasingly popular in India for commercial purposes. Even Ikea has jumped on board and is making many deliveries using electric rickshaws.

Piaggio, of course, is no stranger to electric vehicles, having rolled out its long-anticipated Vespa Elettrica last year. The first electric Vespa helped match the classic design with modern transportation technology, though was originally panned for the electric Vespa’s low top speed of 50 km/h (31 mph). Piaggio recently increased the speed of the Vespa Elettrica to 70 km/h (43 mph), helping increase the utility of the scooter.

Now how do I get myself one of these…?