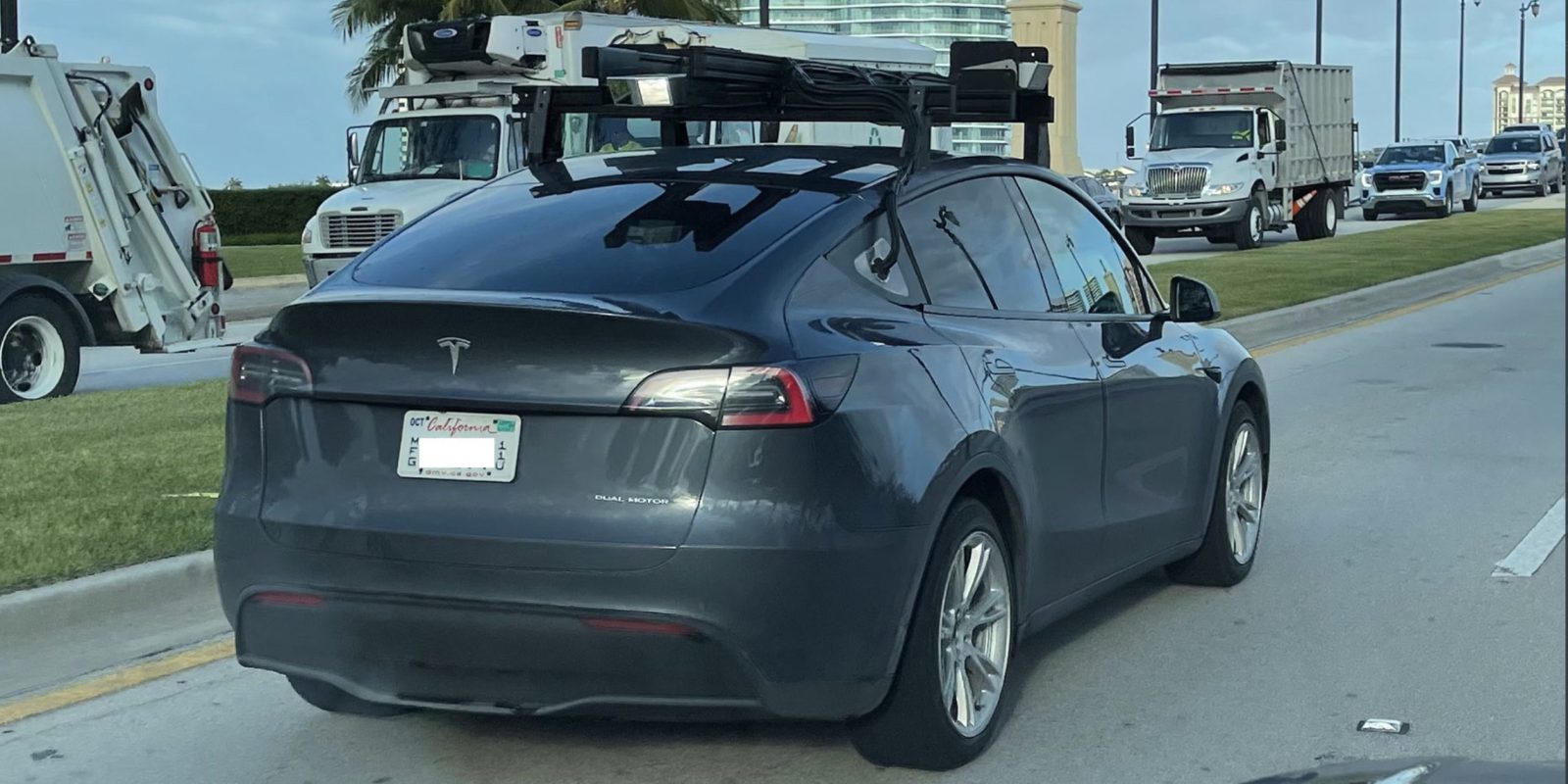 A Tesla test vehicle spotted with lidar sensors has started some rumors and caused some confusion after CEO Elon Musk made it clear that the automaker wouldn’t use lidar.

Most companies that are working to deliver a self-driving system are relying on lidar sensors.

Lidar stands for Light Detection and Ranging, and it is a method for determining ranges by targeting an object with a laser and measuring the time for the reflected light to return to the receiver.

Tesla has taken a different approach and is instead betting on pure computer vision using cameras.

CEO Elon Musk has often said that lidar technology has been overblown and has described it as a distraction to achieving full self-driving capability.

Now, people are confused because a Tesla test vehicle was spotted with a rig using Luminar lidar sensors:

It led people to believe that Tesla might be changing its tune when it comes to lidar sensors, and it even led to Luminar’s share price go higher earlier this morning.

But this is not new.

We have reported on Tesla using lidar sensors in test vehicles since back in 2016.

Tesla doesn’t plan to bring those sensors to production vehicles. Instead, it is using them for ground-truthing.

The automaker commented at the time:

The claim that Tesla may be planning to use LiDAR as part of its self-driving hardware suite is fundamentally untrue. We regularly test our own technologies against other sensors to calibrate our camera, sonar and radar system.

There’s no evidence that things have changed over the last few years.

In fact, Musk has doubled down on Tesla’s computer vision approach since, and the automaker doesn’t want to even rely on radar.

Tesla’s next update for the its Full Self-Driving beta program is going to solely rely on cameras.

The idea is that the only known system that can drive right now is the human brain which relies on inputs from human eyes, which are closer to cameras than anything else.

With cameras all around the vehicle with different field of views, Tesla can achieve greater vision than humans, and the problem becomes only solving computer vision, which the automaker believes it is on the way to solving.