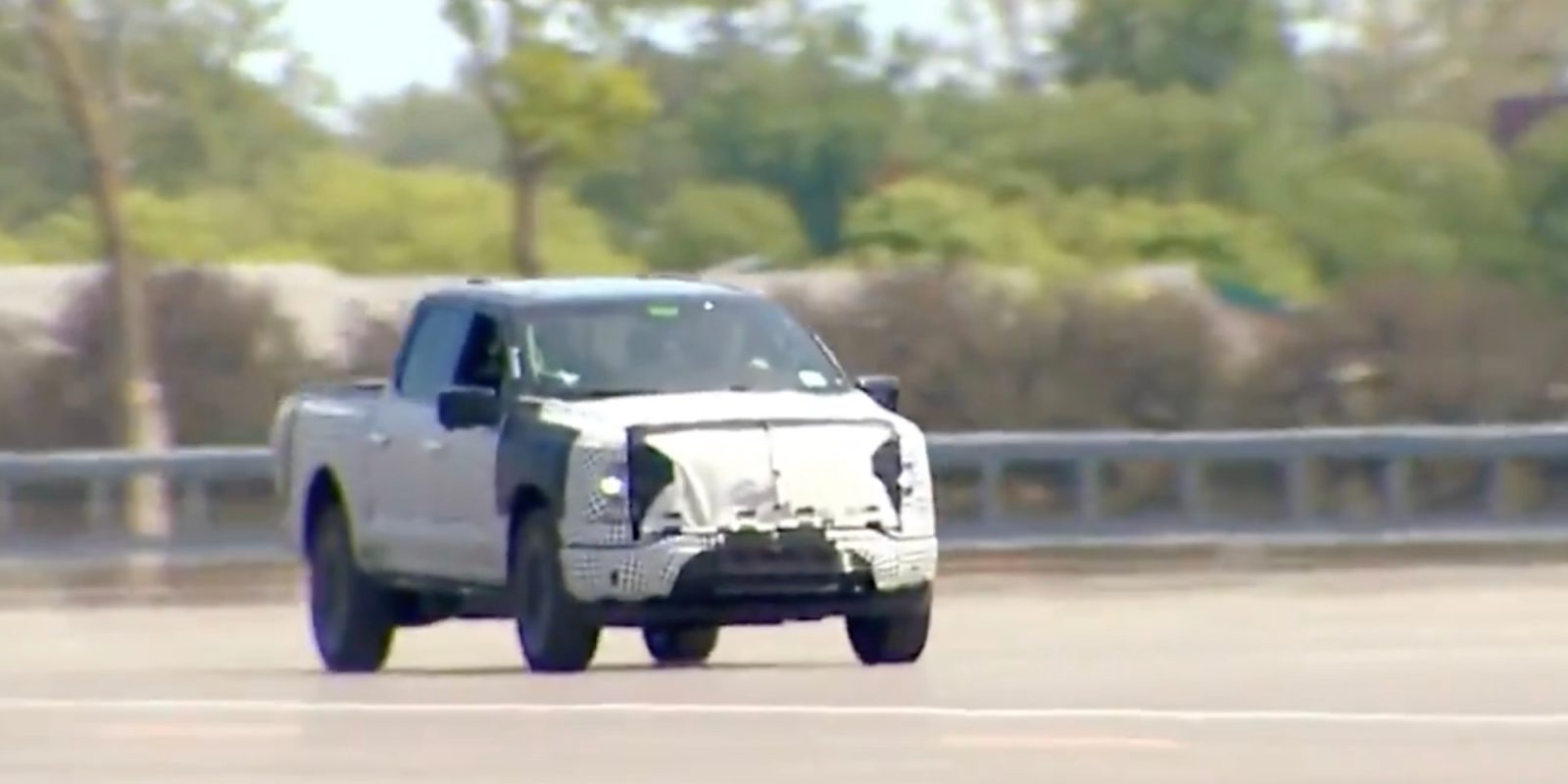 We now have a first look at the Ford F150 Lightning leaks ahead of the unveiling this week, thanks to US President Joe Biden, who test drove the electric pickup truck.

Last week, Ford announced that the new F150 electric, which is now called Lightning, will be unveiled tomorrow, May 19.

Electrek already got a preview of the vehicle, but we can’t talk about it until the embargo lifts tomorrow.

However, we can still bring a quick look at the vehicle, or at least a camouflaged prototype of the vehicle, thanks to none other than Joe Biden, President of the United States of America.

As we reported earlier today, the President pitched his $174 billion electric vehicle plan at Ford in Michigan today.

Now, we learned that he took a quick detour to the test track and was given an early test drive of a Ford F150 Lightning prototype:

In media scrum during his test drive, President Biden quickly commented that the vehicle is quick, and he would buy one.

Ford doesn’t want to release the specs until tomorrow, but the president revealed that the 0 to 60 mph acceleration was around 4.4 seconds.

The president then launched the electric pickup truck from 0 to 80 mph in an impressive yet unknown time.

The vehicle was heavily camouflaged, but we can still see that it looks very much like a regular F150:

That’s for the form-factor, at least — you can expect a few electric design accents for the Lightning.

As part of Biden’s presentation, we got another sneak peak at the vehicle where you can see the updated front-end:

For more information, we are going to have to wait until tomorrow night during the unveiling of the vehicle.

Ford is going to unveil the production version of the 2022 Ford F150 Lightning, which will hit the market in mid-2022.

Come back to Electrek tomorrow for all the details. Trust me, you are not going to want to miss that one.

It’s going to be one of the most important new electric vehicle launch to accelerate EV adoption in the US.