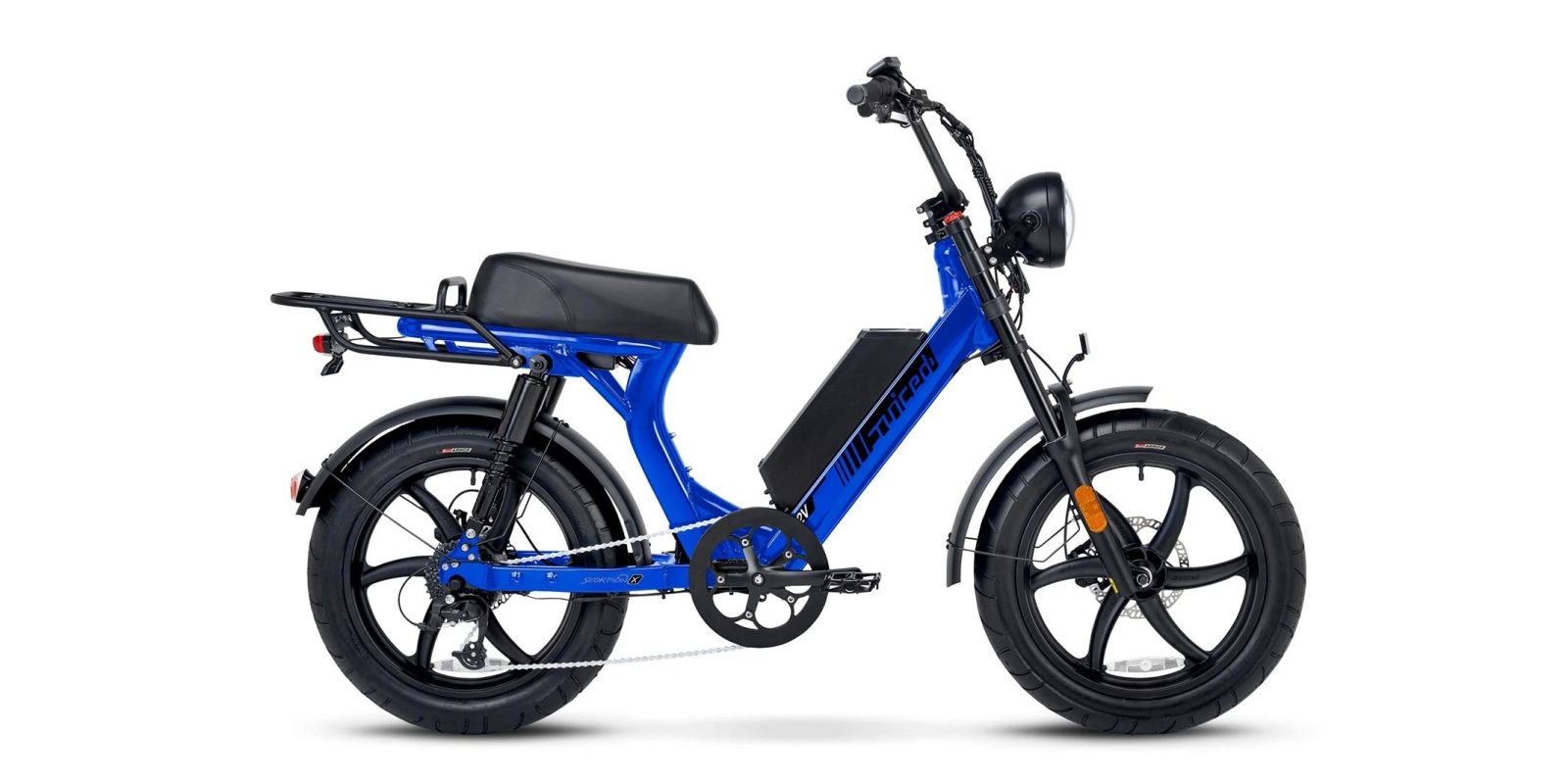 Built on the same full-suspension frame as the original Scorpion, the new Scorpion X comes with the more powerful Retroblade motor originally developed for the HyperScorpion.

The Juiced HyperScorpion is something of a big brother to the Scorpion, offering a significant upgrade in performance.

Now the Juiced Scorpion X seems to split the difference between the original Scorpion and the high-performance HyperScorpion.

In addition to the more powerful Retroblade motor, which is rated at a nominal 750W but puts out even higher peak power, the Scorpion X also receives a larger battery.

That maximum range is based on the bike’s pedal assist mode, and throttle-only operation is likely to return a reduced range figure.

The pedal assist experience on the Scorpion X also gets an upgrade, with the new model featuring both torque and cadence-based sensors. That results in a smoother application of pedal assist and more responsive pedal-based performance.

E-bikes that rely solely on cadence-based sensors usually have telltale lag in the pedal assist performance because the sensors have to wait to determine how fast the pedals are turning.

Torque sensors can determine nearly instantaneous pedal input based solely on the force the rider applies to the pedals.

The Scorpion X comes with an advertised top speed of 28 mph (45 km/h). That’s the same speed as the original Scorpion claimed, though in our testing we found that it was hard to maintain the upper end of that top without significant pedaling. The Scorpion X’s higher power motor is likely to result in greater ease maintaining the claimed top speed.

Other upgrades include a new 8-speed Shimano transmission with a 56T-11T rear cassette for easier pedaling at higher speeds and a 100 db electronic horn borrowed from the HyperScorpion as well.

Like the original Scorpion, the new Juiced Scorpion X will be available in either blue or black. Orders will open on April 20. While the Scorpion X carries an MSRP of $2,100, it will start on sale at a discounted price of $1,999. Deliveries are expected to begin by late April.