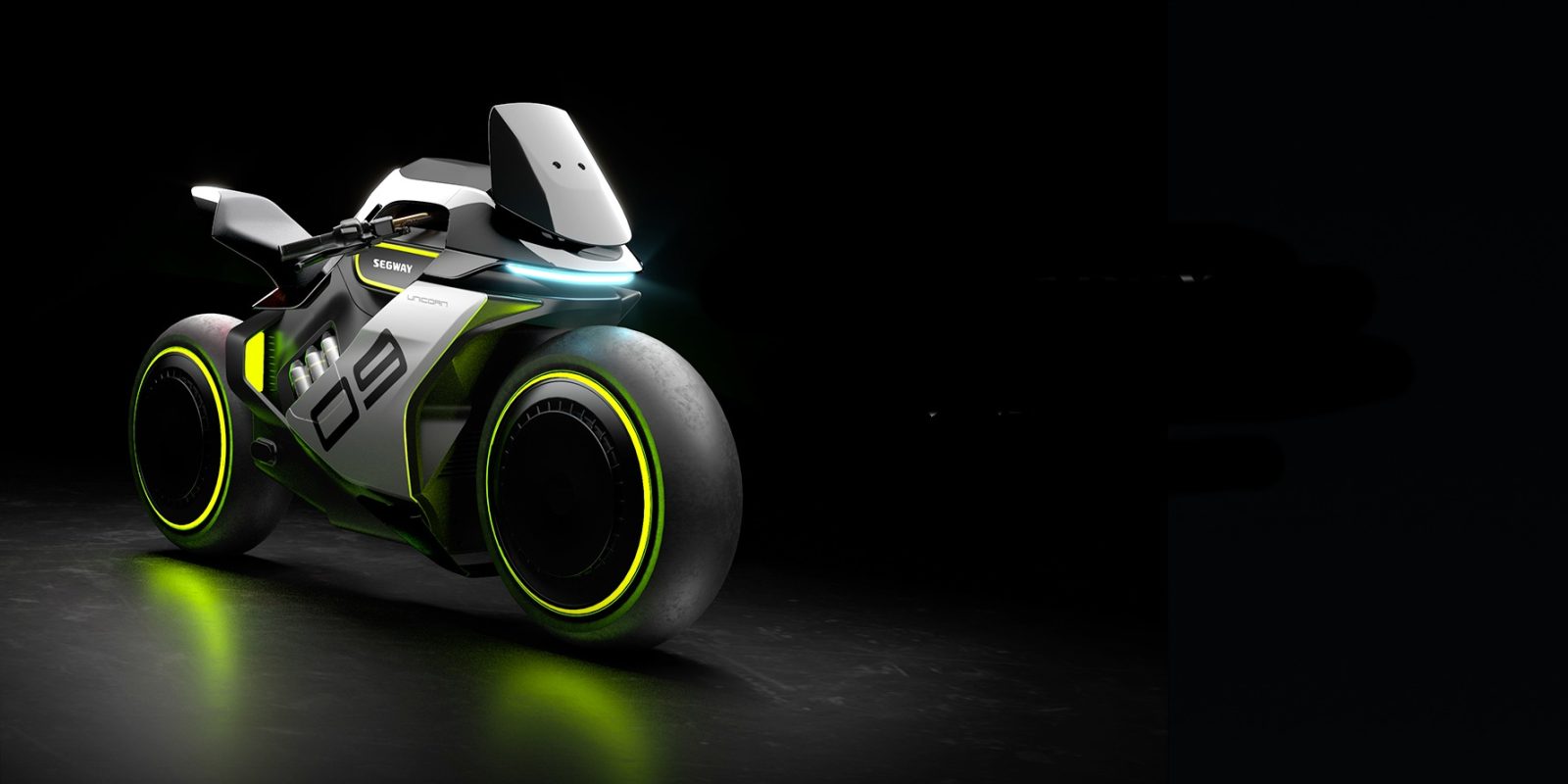 Who said Segways aren’t cool? Not the dude riding a hybrid hydrogen and electric-powered Segway Apex H2 motorcycle, that’s for sure.

Or at least that’s probably what he’d say if this concept motorcycle ever makes it to production.

The Segway Apex H2 appears to be a follow-up to the previously seen Segway Apex, an electric motorcycle first unveiled by the company in late 2019.

While the original announcement of the Segway Apex electric motorcycle was met with significant skepticism, the company seems to have been pretty serious about the motorcycle project.

We even saw the bike being track tested last year, though it was a bit ironic that a bike named the “Apex” had trouble hitting apexes.

Now Segway is following up with the Segway Apex H2.

The hybrid bike adds a hydrogen fuel cell to the Apex and reworks the frame to offer a new, futuristic design.

The hydrogen canisters providing the combustible fuel would be swappable and refillable, which would potentially reduce the time needed for recharging compared to a conventional electric motorcycle. However, it would also require significant infrastructure for swaps during a journey or the ability to ship canisters to riders to keep on hand for swaps at home.

The funky design includes not one but two single-sided swingarms, meaning the Apex H2’s wheels appear to float in place from the right side of the bike.

Segway says they’ll actually produce the bike too, listing a two-year timeline leading up to 2023 deliveries. They’ve priced the bike at approximately $10,700, which puts it above the cost of an entry level Zero electric motorcycle and twice the price of a SONDORS Metacycle – though both of those electric motorcycles get charged by an old-fashioned wall plug. No hydrogen there.

Segway appears to be serious about bringing the Apex H2 to production, but we’ll believe it when we see it. Until then, let’s hear your thoughts on the bike in the comments section below. Are hydrogen electric hybrid motorcycles a better solution than fast-charging electric motorcycles? Let’s hear it!