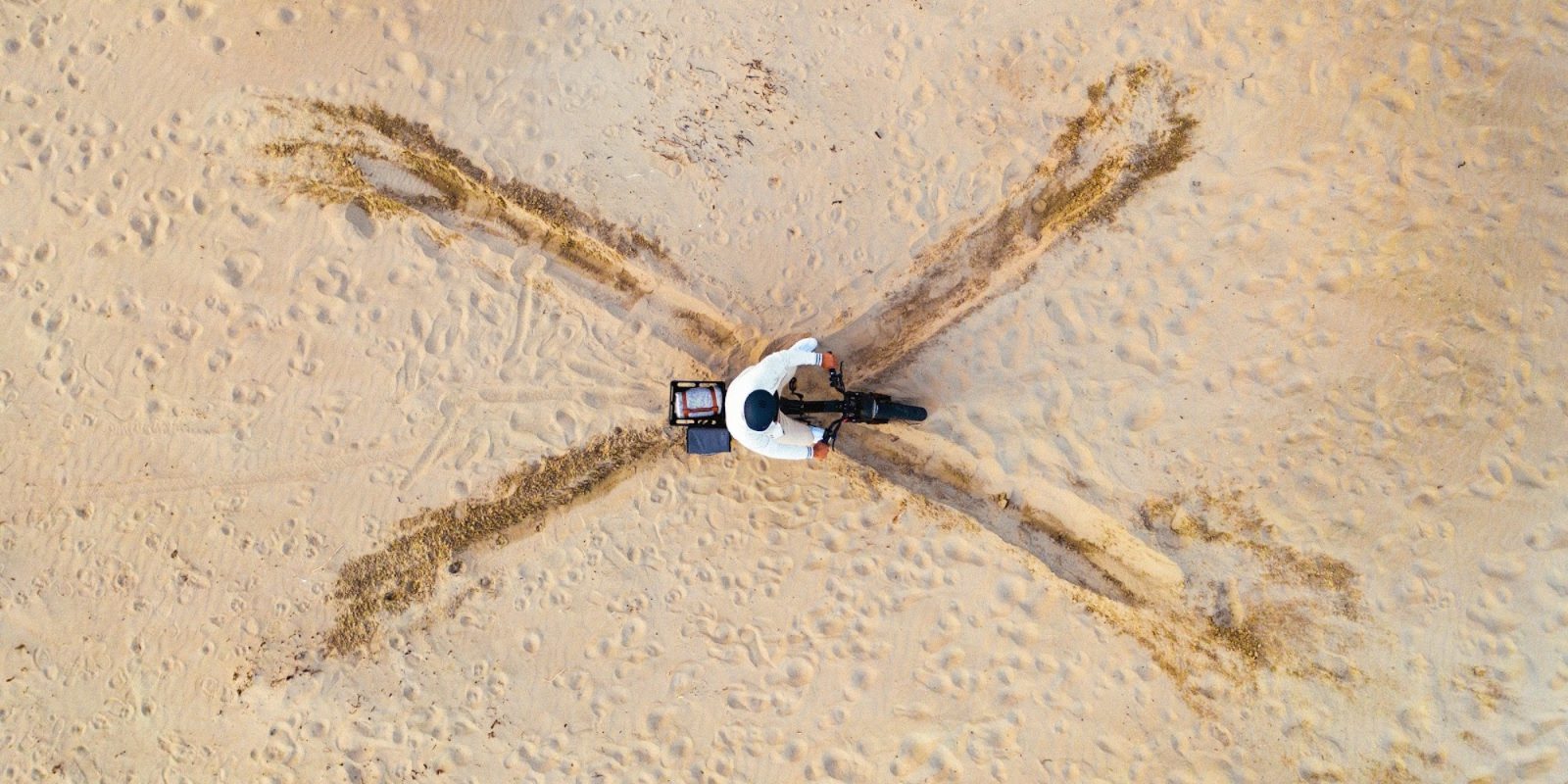 San Diego-based Juiced Bikes is a leader in the affordably priced performance e-bike category, and it looks like the company has an interesting new e-bike up its sleeve.

That’s what we’re seeing from a new image shared minutes ago on the company’s social media profiles.

The image is a photograph taken from above that shows an electric bike with a rider parked over a large “X” drawn in the sand.

The company invited speculation about the upcoming new model in the teaser’s caption:

Who’s ready for an epic new #ebike? Any guesses on the name of our new masterpiece?

Zooming in on the image provides us with a few more clues regarding the new e-bike.

We can easily see the bike sports fat tires, which Juiced Bikes includes on its off-road and moto-styled e-bikes like the RipCurrent, Scrambler, and Scorpion lines.

There’s also a double crown fork, which is more commonly found on motorcycles than bicycles, but is present on both the HyperScrambler 2 and Scorpion models.

We can also see a giant round headlight, wide frame tubes, and what appears to be a wide saddle with very little taper, all of which confirm something similar to the construction and load-out of the HyperScrambler 2 or HyperScorpion.

Missing are a pair of mirrors, though, which are included on both aforementioned bikes.

The Juiced Scorpion also lacks mirrors, and looks the most similar to the bike in the image, right down to the space for a rack behind the rider.

So could the Juiced Scorpion be getting a big brother?

Or is Juiced looking to bridge the gap between the base Scrambler line and the Scorpion line with a new type of electric mini-bike?

Or is this simply a totally new e-bike that seems to borrow the fork, headlight, and saddle of the Scorpion?

Who knows? We’ll have to wait for more info from Juiced Bikes to find out for sure. Until then, join me in the comment section and let’s speculate about what the Juiced gang is cooking up out there in San Diego!