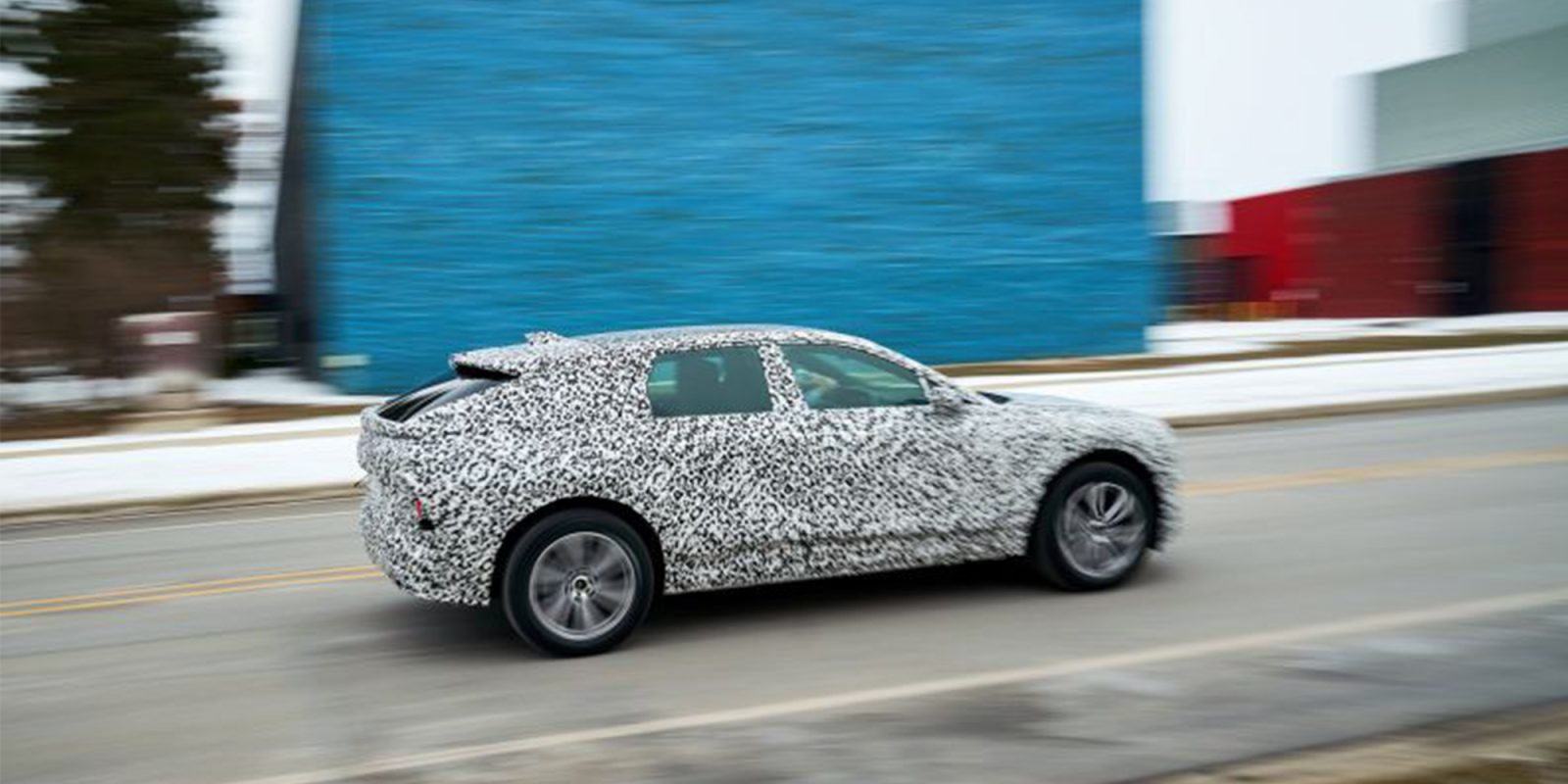 An executive for Cadillac revealed the Lyriq today and announced that prototypes of the Lyriq had begun hitting roads. The Lyriq will be the first all-electric SUV to debut for the Cadillac brand, and these prototypes are one step closer to its full production next year.

At a digital event last year, Cadillac first pulled the sheet off its Lyriq crossover EV. As a luxury brand under General Motors, the Lyriq did not disappoint with its focus on ultra-luxury. At the time, the EV was still a show car, but was about 80% toward production.

At the same time, Cadillac announced the Lyriq would offer 300 miles of range and 150 kW fast charging. Furthermore, AWD and RWD versions of the Lyriq will come with an available 19-kW, Level 2 home charging option.

It initially remained unclear where Cadillac’s lyriqs would be manufactured. That is, until GM announced the transition of its assembly plant in Spring Hill, Tennessee. Last fall, we also learned that the Lyriq will be equipped with a next-generation augmented reality heads up display (HUD).

These specs on top of a sleek, luxurious design have hit all the right notes with the public so far. The EV even got a spotlight from GM in its superbowl ad. Now, Cadillac has moved one step closer to production in 2022 with its prototype phase.

In a post on LinkedIn, vice president of North America Sales, Service & Marketing, Mahmoud S., revealed an image of a Cadillac Lyriq prototype road testing. In the post, he explains automaker’s progress toward a production version of the EV next year:

Today I’m excited to share an important milestone in Cadillac’s journey to an all-electric future. Pre-production testing for LYRIQ, the brand’s first all-electric luxury SUV, is under way at General Motors’ testing facilities in Michigan.

Back in November 2020, Mary Barra announced that LYRIQ, Cadillac’s first all-electric vehicle, would go into production in the first quarter of 2022, just about 12 months from today.

Now with prototypes on the ground, our incredible engineering team is hard at work fine-tuning LYRIQ to ultimately deliver a truly extraordinary SUV. One that plants the cornerstone for Cadillac’s all-electric future.

From the post, we can confirm that Cadillac has begun pre-production testing on Lyriq prototypes in Michigan. Furthermore, GM appears to still be on track to begin production on the Lyriq in Q1 of next year. That could mean earlier-than-expected deliveries of the Lyriq, but for now it’s still looking like sometime in 2022.

As for price, the post offers no new updates. However, President of General Motors North America Steve Carlisle previously confirmed that the Cadillac Lyriq will start at less than $60,000. We have previously reported that the number may be closer to $50,000 to compete with current Tesla Model Y pricing. That being said, we do not have an exact price tag yet.

As you can see in the featured image, wraps prevent us from really seeing how much has changed between the original Lyriq show car and the prototype. Hopefully we can get some footage of this luxury crossover in action in Michigan.

It’s tough to speak to an image of a wrapped prototype, but the details shared of the Cadillac Lyriq so far are hard to ignore. Fast-charging and 300-mile range aside, the Lyriq has a beautifully designed look to it, both inside and out. Furthermore, its 33-inch diagonal advanced LED display and AR HUD could truly push the user experience forward for drivers inside something other than a Tesla.

It has the makings to become the maestro of Cadillac’s future EV lineup. However, the larger questions right now are, How much of the show car will remain in the production Lyriq, and will it all still feel as innovative next year in such a fast-moving market?

With production still set to ramp up in Spring Hill early next year, we can hopefully get a better glimpse of a release candidate Lyriq before the end of the year. Check back with our Cadillac Lyriq guide for future updates.