Green Deals: Illuminate your outdoor space with this $15 solar-powered LED light at 50% off, more 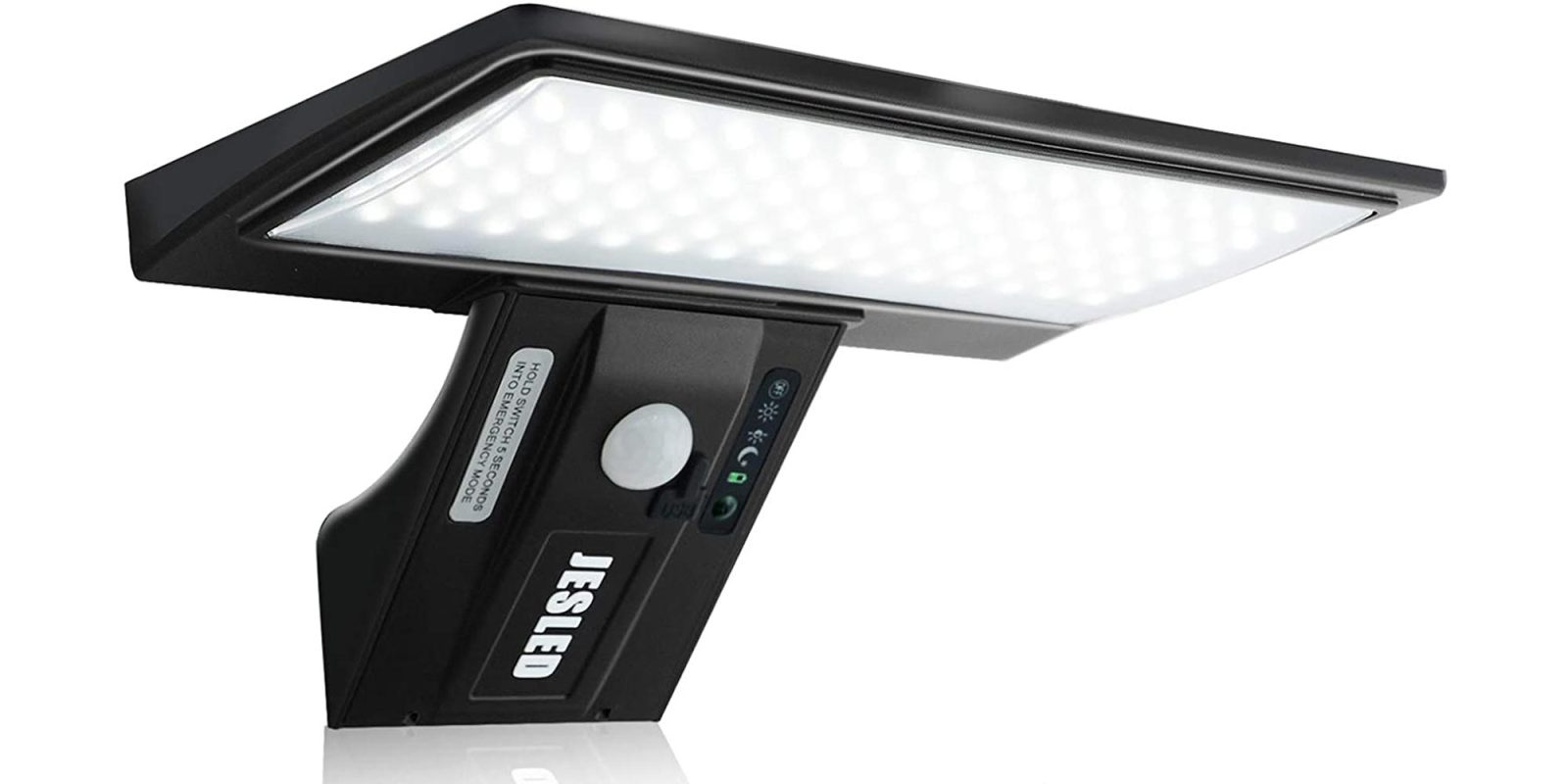 JESLED US Direct (99% positive lifetime feedback) via Amazon is offering its 520-lumen Solar-powered Outdoor LED Light for $14.99 Prime shipped with the code BUAWMZ8L at checkout. This is down 50% from its normal going rate, while similar models on Amazon can go for around the same price as today’s lead deal, though you’ll lose out on some of the features mentioned here. Today’s discount marks a new all-time low that we’ve tracked. This light is designed to be placed anywhere outside, whether there’s a view of the sun or not. It uses the sun’s rays to charge the internal battery, allowing it to function at night without wired power. But, it also has a built-in micro USB port so you can charge it manually during rainy or cloudy months, allowing it to work year-round without any issues. Packing 520-lumens of brightness also means it can easily light up any area you place it near. Rated 4.6/5 stars.

Amazon is offering the Greenworks 40V 14 inch Cordless Lawn Mower for $194.25 shipped. For comparison, it normally goes for $249 and today’s deal marks a new all-time low that we’ve tracked at Amazon. Now that rainy season is starting and the grass is beginning to grow, it’s time to consider how you’re going to handle that. While you could use your old gas-powered mower, but truthfully, it’s time to upgrade to a battery-powered alternative. Today’s deal ditches gas and oil for a 4.0Ah battery that can run up to 45 minutes at a time between charges. It can either bag or mulch, and the 14-inch deck is great for smaller yards. Greenworks claims that “up to 34% of U.S. homes only need one charge to get the job done.” Rated 4.4/5 stars.

Govee US (99% positive lifetime feedback) via Amazon is offering a 2-pack of its Motion-sensing Dusk to Dawn LED Outdoor Light Bulbs for $8.39 Prime shipped with the code RIBDSBIQ and when you clip the on-page coupon. Down 48% from its normal going rate, this is among the best pricing that we’ve tracked all-time and is the lowest available. While finding dusk to dawn bulbs is fairly easy, picking up a pair that also has a built-in motion sensor isn’t quite as simple of a task. This kit will use PIR detection so it can turn on anytime the infrared sensor sees motion. Its detection area ranges from 16.4- to 26.3-feet and shuts off 30-seconds after movement has stopped. This function only happens at night, as well, thanks to the dusk to dawn sensor that’s also built into the bulb. Rated 4.1/5 stars.

With a love of phones, drones, and computers (couldn’t make that last one rhyme), I’m always looking for the best deals around! If you’ve got a tip to an awesome deal, go ahead and drop me a line at patrick@9to5mac.com!