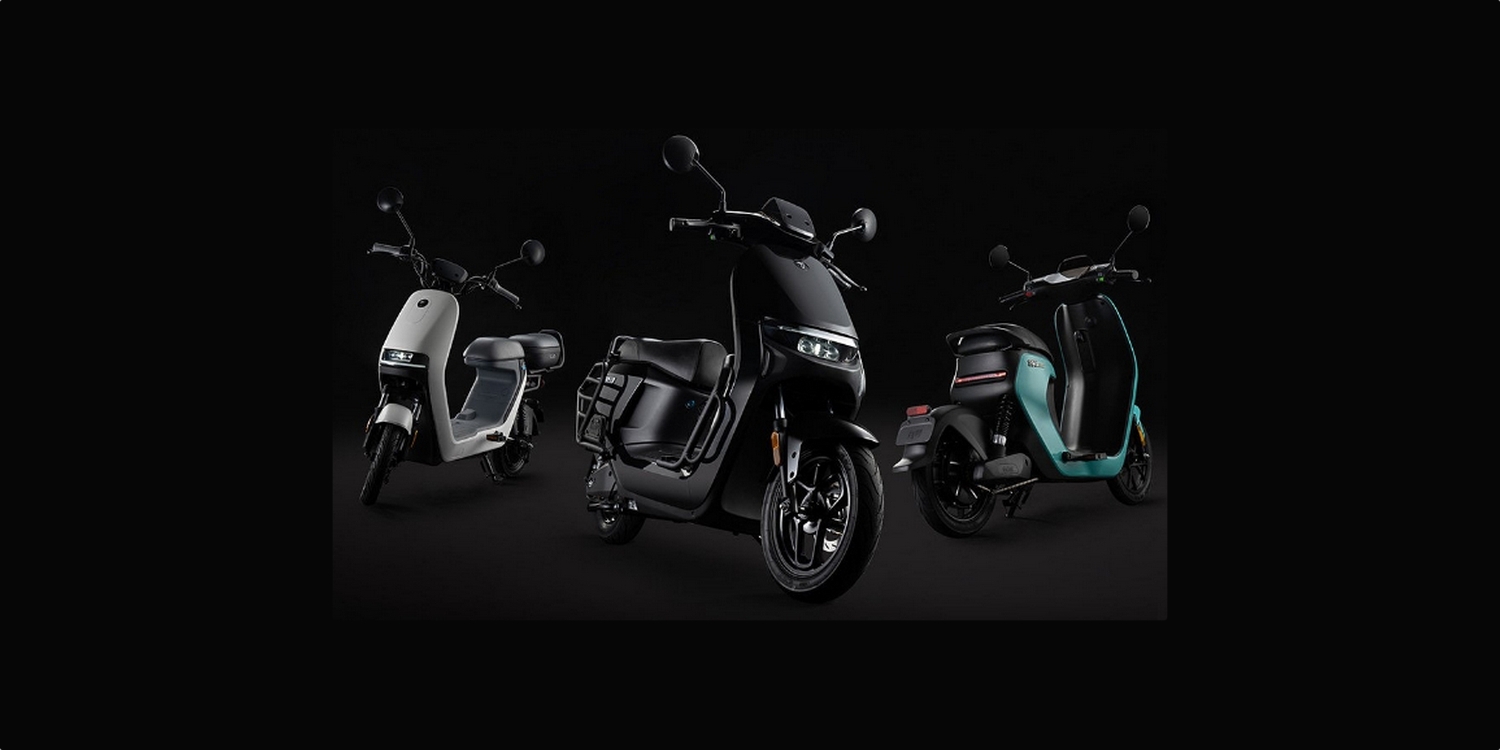 Fresh on the heels of Ninebot’s recent launch of the $350 A30C low-power electric moped, Ninebot is showing off some more impressive options with a bit more power. The latest models are known as the Ninebot N70C, N90, and N100 electric mopeds.

While these N-series electric mopeds still adopt Asian electric scooter styling, they are more akin to something Western customers would likely embrace, similar to the rapid adoption of NIU’s electric scooters in the West.

The new line of electric mopeds is currently only available in China, but Ninebot has often followed these domestic releases with American and European versions of the same products several months later.

The new Ninebot N70C, N90, and N100 models all adopt a step-through scooter design that looks strikingly similar to the NIU M-series.

All three of the models sport regenerative braking, bright LED lights, automatic unlocking using a suite of scooter-mounted sensors, a companion smartphone app, GPS-location services, and storage under the seat.

While I don’t mean this as a slight against the company, Ninebot isn’t known for making high-end electric scooters, whether of the seated or standing varieties. The company’s edge is in making low-cost yet decent-quality scooters. They’re the “it get’s the job done and the price is right” option in the electric scooter world.

But these new N-series electric scooters seem to chart a new course for the company.

Of course Ninebot owes a significant debt of gratitude to NIU here, as they basically ripped off NIU’s popular design.

But from what we can see, they’ve done a pretty good job, and the scooters actually look like they could be interesting new competitors.

The 1,500W to 2,200W motors aren’t huge but will be fine for flat land cruising and mild hill climbing. The one spec I don’t see is the speed. It seems to be absent from all the marketing, unless someone else can find it. Maybe my Mandarin just isn’t up to snuff or I missed it, or maybe they aren’t advertising the speeds so that they don’t have to mention that these mopeds will likely require a moped or light motorcycle license. Who knows?

We have no word yet on international availability, but Ninebot has been doing a good job recently of quickly following up launches in the Chinese market with US- or EU-based launches. So we could be seeing these N-series scooters outside of China soon.