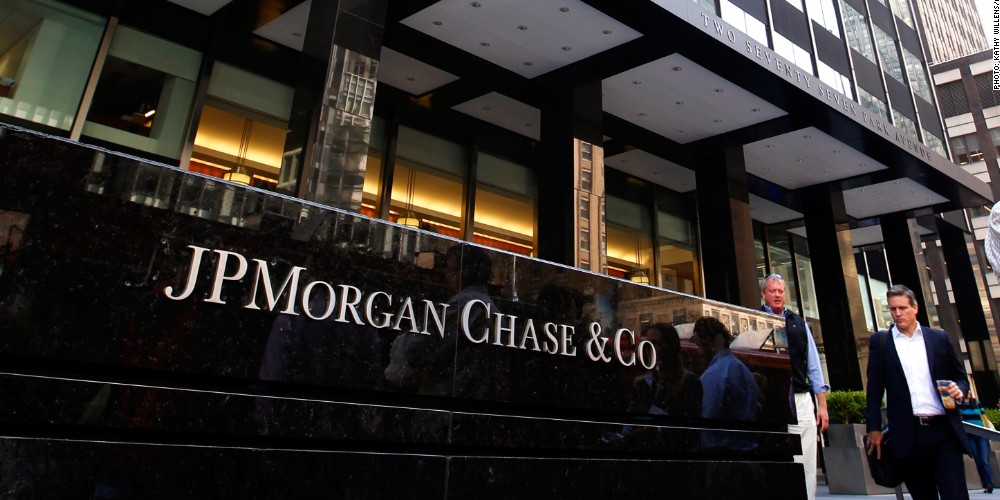 Is the banking sector just one big greenwash? A report released today reveals that 60 of the world’s largest banks have poured more than $3.8 trillion into the fossil fuel industry since the Paris Agreement was adopted in 2016.

Further, fossil fuel financing was higher in 2020 than in 2016, a trend that sharply contradicts the Paris Agreement’s goal of rapidly reducing emissions in order to limit global temperature rise to 1.5C. These banks have poured nearly $1.5 trillion over the past five years into 100 top companies expanding fossil fuels.

The comprehensive report, “Banking on Climate Chaos,” is the 12th edition released by Rainforest Action Network, BankTrack, Indigenous Environmental Network, Oil Change International, Reclaim Finance, and Sierra Club, and is endorsed by over 300 organizations from 50 countries around the world.

The biggest offenders are US-headquartered banks. And No. 1 – again – is JPMorgan Chase, which committed to align its financing with the Paris Agreement on October 6, 2020, as Electrek reported. From 2016 through 2020, Chase’s lending and underwriting activities provided nearly $317 billion to fossil fuels – 33% more than Citi, the next-worst bank over this period. However, JPMorgan Chase’s overall fossil-fuel financing fell by 20% in 2020, during the pandemic.

Another surprising result from the 2020 data is that Paris-headquartered BNP Paribas (whose US subsidiary is Bank of the West, which strongly advertises its supposed responsibility on climate – it’s right on their homepage) came in as the fourth-worst bank in 2020. BNP Paribas provided $41 billion in fossil financing in 2020, a 41% increase over its 2019 activity. This means the largest increase in fossil-fuel financing last year came from BNP Paribas, despite the bank’s strong policy commitments restricting financing for unconventional oil and gas.

However, there was one notable US improvement. Wells Fargo’s total fossil-fuel financing plummeted by 42% in 2020, despite being the world’s top fracking funder. As a result, Wells Fargo dropped from No. 4 in 2019 to No. 9 in 2020 on the worst list. This is the first time over the past five years that Wells Fargo has not been one of the worst four banks.

The report also compared banks’ existing climate policy commitments to the Paris Agreement goals, and found them grossly insufficient and out of alignment overall. Recent high-profile bank policies focus either on the distant and ill-defined goal of achieving “net zero by 2050” or on restricting financing for unconventional fossil fuels. In general, existing bank policies are strongest on restrictions for direct project-related financing – which made up only 5% of the total fossil-fuel financing analyzed in the report.

This report shows that banks are unfortunately still stuck in the past, and we’re all suffering the consequences. Financing fossil fuels in 2021 is not just bad PR, it’s bad business. Renewables must be where banks make their energy investments; they should not be duped by vague, insufficient, and loophole-riddled pledges by fossil fuel companies to clean up their dirty acts sometime in the distant future.

Coal as you know, we’re going to lose business in the next two, three decades. Solar will take over [from] coal slowly as a major energy provider in the coming years.

We are just exploring the possibilities where we can invest in solar wafer production, nobody is [currently] there in the country.

Coal India closed 82 mines in the three years to March 2020.

Pramod Agarwal said its joint venture with state-run NLC India Ltd plans to invest around 125 billion rupees ($1.73 billion) in solar power projects with a capacity of 3,000 megawatts, of which Coal India will invest some 60 billion rupees by March 2024.