Kia teases its EV6, the first to use its E-GMP Platform 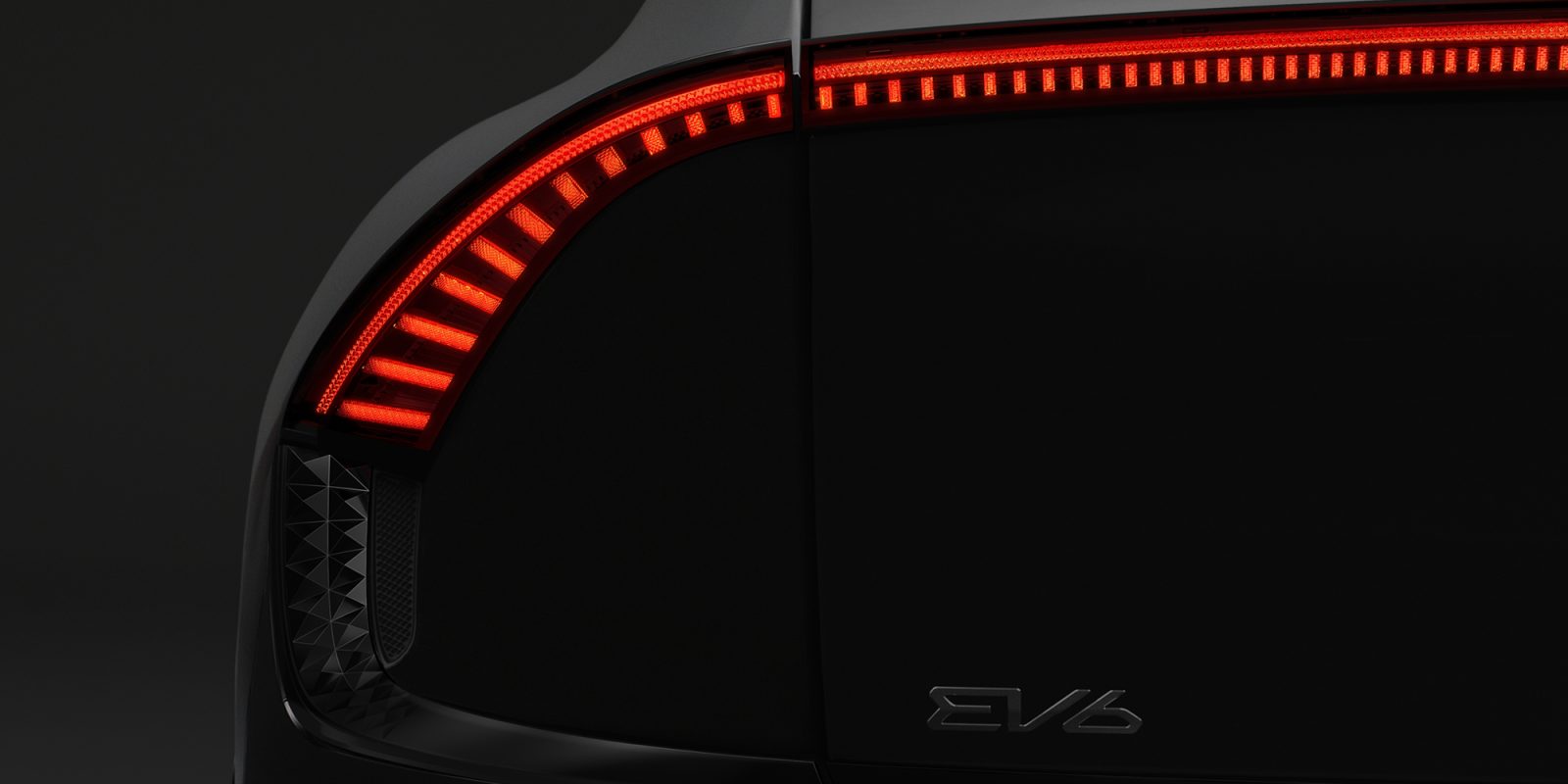 Kia has just offered the public a first glimpse at its upcoming EV6 hatchback. The next-generation BEV will be the first Kia donning the “EV” prefix, and the first to sit upon its dedicated E-GMP Platform. According to the automaker, the EV is the first developed under a new design philosophy built specifically around the company’s keen focus on electrification.

The unveiling of the EV6 comes just weeks after Kia announced an accelerated transition plan into fully-electric vehicles. Kia’s CEO promised a “rebirth” of the company built upon a new logo and design. It is now clear that the first BEV to showcase the new Kia logo and design will be the EV6.

EV6 is the embodiment of both our brand purpose, ‘Movement that inspires’, and our new design philosophy. It has been designed to inspire every journey by offering an instinctive and natural experience that improves the daily lives of our customers, and provide user ownership that is simple, intuitive and integrated. Our aim is to design the physical experience of our brand and to create bold, original and inventive electric vehicles.

As part of the brand rebirth, Kia’s dedicated BEVs will follow a new nomenclature. Moving forward, Kia hopes to bring simplicity and consistency to its vehicle branding across all global markets.

From now on, all of Kia’s new BEVs will start with the prefix “EV” for fully-electric. The succeeding number will represent the vehicle’s position in the dedicated lineup.

In addition to being the first of its name and design, the EV6 will also be the first Kia to debut on the Electric-Global Modular Platform (E-GMP). It is a dedicated, modular platform created specifically for Battery Electric Vehicles (BEVs). The platform was co-developed in 2020 after Hyundai Motor group partnered with California-based EV startup, Canoo. Both companies share the intellectual property of the E-GMP. As a result, all Hyundai and Kia EVs plan to utilize the platform.

The first glimpse of the E-GMP came on Hyundai’s new Ioniq 5 EV, set to deliver in the first half of 2021. Now, Kia’s EV6 is not far behind. According to the automaker, its EV6 will make its world premiere during the first quarter of 2021.

This appears to only be the beginning for the new “electrified” Kia, too. The EV6 is the first of seven dedicated BEVs on the E-GMP Platform promised to join the Kia lineup by 2026. Additionally, the automaker has announced plans to unveil its first purpose-built vehicle (PBV) in 2022 with a goal to build a million PBVs by 2030. You can view the three EV6 teaser videos from Kia here:

While Kia and Hyundai are moving to electrify their lineup at lightning speed compared to other legacy automakers, issues remain. The automaker has promised seven new BEVs in the next five years, but also four additional vehicles that will be ICE derivatives.

Even after the seven BEVs to come, a majority of the Kia lineup will remain HEV, PHEV, and ICE. As the world snowballs toward all electric, Kia risks a dated lineup of non-EVs customers won’t want 10 years from now.

That isn’t to say that Kia won’t pivot its electrification strategy again, though. Compared to other automakers, this is still a welcomed and accelerated effort. In investing in EV startups like Canoo and Arrival, Kia could utilize new technologies to push its transition quicker. Much like it is doing with the E-GMP Platform.

As previously mentioned, the world should get a full view of the EV6 soon. Trust we will keep you updated on Kia’s new EV lineup moving forward.