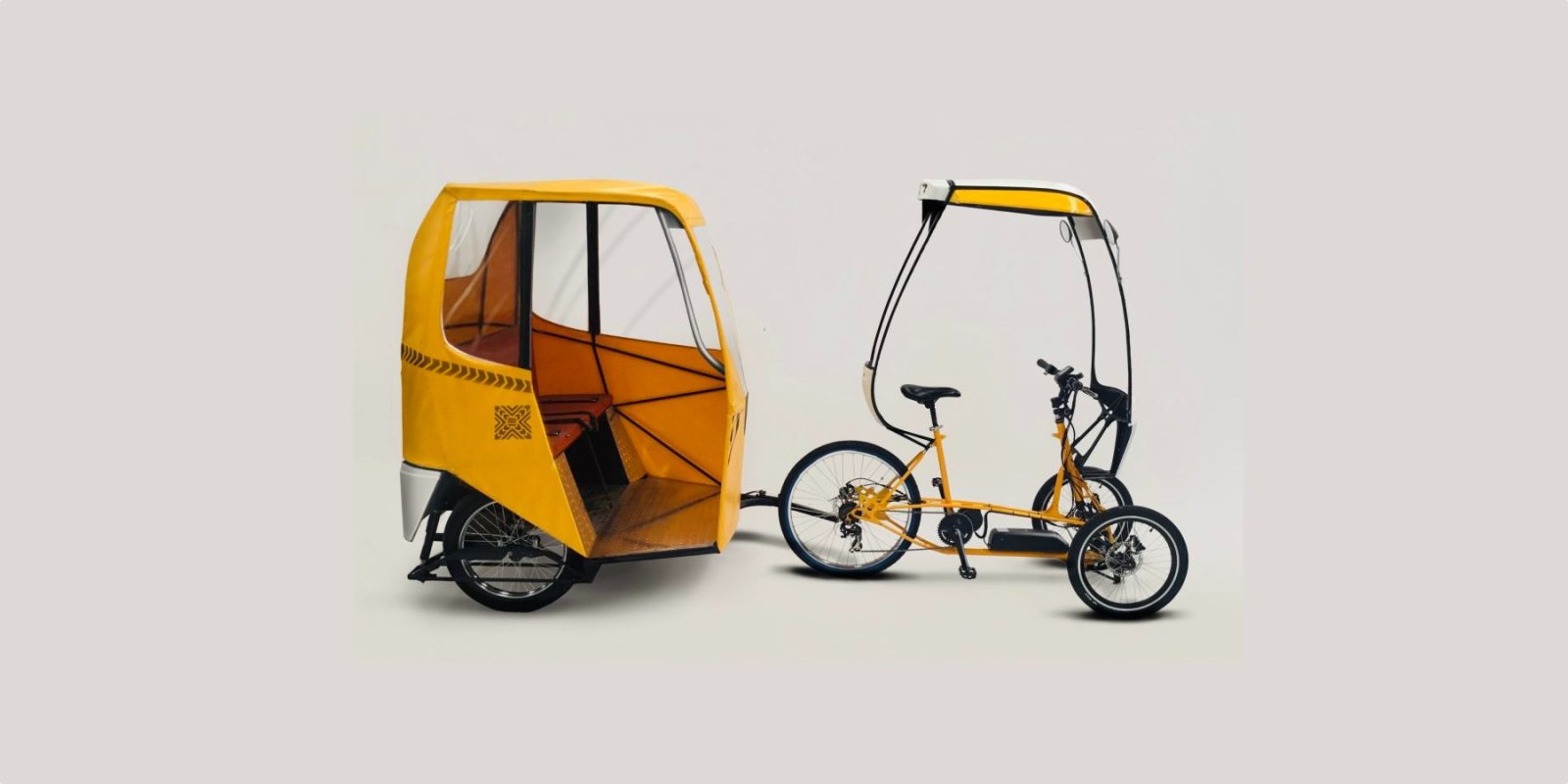 You may remember Mastretta from the first ever entirely made-in-Mexico sports car, the Mastretta MXT. Now the brothers behind the automotive design company are tackling e-bikes, and they’re doing it with the same sporty focus they’ve drawn on in the past. The result is the newly launched Mastretta MX3 electric bike.

The Mastretta MX3 isn’t a typical e-bike though.

It’s not even a typical e-trike.

The three-wheeler uses a tadpole trike design with a pair of wheels in the front, but also incorporates a leaning mechanism and suspension into the front end.

Leaning trikes provide the ride sensation of a typical two-wheel e-bike yet offer increased stability and convenience inherent to a three-wheeled design.

Mastretta’s Tilt Lock System (TLS) allows the rider to lock the MX3 in the vertical position whenever necessary. This can be useful at stop lights so that the rider doesn’t have to put his or her feet down to balance, or to maintain stability when loading or unloading cargo.

Equipped as a cargo e-bike, the Mastretta MX3 offers three locations for cargo storage: in the front, middle, and rear of the frame.

To help slow the bike quickly even when hauling heavy loads, all three wheels are equipped with hydraulic disc brakes.

The battery is mounted as low as possible in the frame to help reduce the center of gravity. Both the fore and middle cargo areas are also fairly low, though the rear cargo rack seems to put the weight fairly high above that rear wheel.

The different models with various accessories can be seen below.

All of the models run on 36V systems. The MX3 CARGO 40 uses a hub motor while the other models sport Bafang mid-drive units.

Tilting electric cargo trikes are fairly uncommon, though interesting examples occasionally pop up on our radar.

Typical long tail electric cargo bikes are more common by far, even if they don’t offer the same level of cargo capacity or the ability to carry cargo as low in the frame as the Mastretta MX3.

There’s no word yet on pricing, but we’ll be sure to update as soon as we learn more. Until then, let’s hear what you think of Mastretta’s MX3 electric cargo bike design in the comments section below!