Electric bicycles used to be fairly multi-use vehicles, often designed for roles such as commuting, recreation, and even light cargo duty. But as e-bikes continue to grow in popularity, strong sales are encouraging designers to branch out with ever more specific-use designs that excel at certain tasks.

Now a Japanese company is showing off their innovative new electric cargo trike, which falls squarely into the utility category of electric bicycles.

The Stroke, designed by the Niigata, Japan-based company Daga, is a novel electric cargo tricycle design that answers the question, “What if you build a suitcase into the middle of a bicycle frame?”

The company recently showed off their new design at the Tokyo Wonder Festival, with multiple prototypes demonstrating over 18 months of development.

Unlike most electric cargo bicycles, which use either extensive rack systems like the CERO One bike that we reviewed, or Dutch-style cargo bikes that use open-bucket designs, the Stroke houses a large enclosed “trunk” in the middle of the bike, surrounded by the frame. 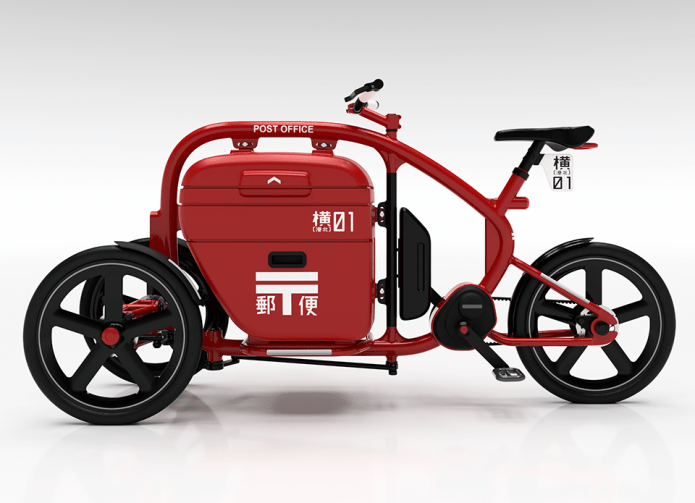 The Stroke’s trunk is removable, which allows the rider to take on the go like a large rolling suitcase.

Electric cargo bicycles and tricycles can often become unwieldy with heavy loads, but the Stroke’s design means that it actually becomes more stable when loaded up. As the trunk is filled, the center of mass of the trike shifts both lower and closer to the center of the vehicle – exactly where it should be for maximum stability. 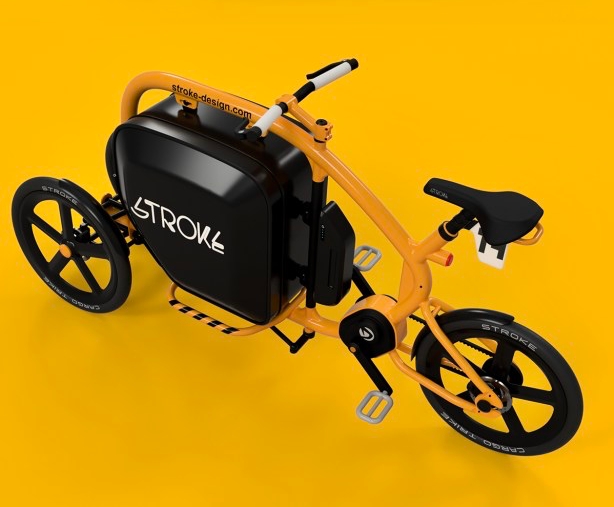 The Stroke also employs two other design choices to increase its stability. If you remember riding that little red tricycle from your childhood, you’ll certainly recall how easy it was to tip the thing in sharp turns. That’s because the standard two-rear-wheel or delta shape of trikes is inherently less stable. But by choosing a tadpole design with two front wheels, the Stroke is more stable with turns.

But Daga didn’t stop there. They took the design even further and included a tilting mechanism into the frame, meaning the trike actually leans into turns just like a standard two wheeled bicycle. 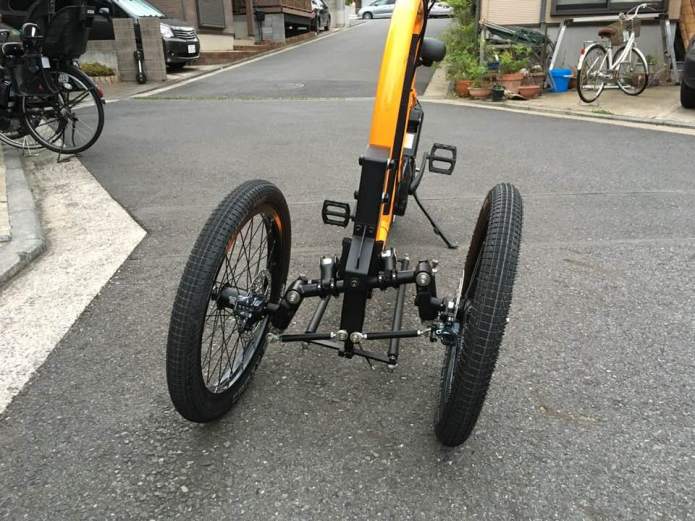 The Stroke is designed for Japan’s domestic market, which has one of the world’s lowest electric bicycle speed limits of 24 km/h (14.9 mph). This is the maximum speed that the Stroke’s mid-drive motor can power it, currently. The highly stable design of the stroke means it could probably corner at even higher speeds, but you’ll have to add more pedal power to reach those speeds.

According to EVNerds, Daga has proposed multiple versions of the Stroke that could be useful for different markets, including food delivery, couriers and even “work trikes” for use on factory floors.

Daga is currently seeking funding to move the Stroke into full production. Unfortunately there’s no word yet on how much the trike will cost or if they’ll export it outside of Japan. Let’s keep our fingers crossed.

This is a slick looking design, and I think it could actually be quite useful for a number of people.

As a grocery-getter and all around utility e-bike, riders could absolutely benefit from the removable trunk design. Imagine no more trying to carry all the bags of groceries inside in one trip. Just wheel your trunk in and empty it in the kitchen in comfort.

Couriers could also make use of the enclosed design to operate in all weather conditions, and the swappable batteries mean they’d never be stuck without a charge.

Plus, Daga seems to have solved the major problem of stability that has plauged all of these electric cargo bikes and trikes in the past. As soon as you make it electric, people will ride it faster. But the faster it goes, the less stable it is in corners. With the leaning, tadpole-shaped Stroke, an electric cargo trike can finally handle like a normal bike.

Though with the nice features found in this bike (did you spy the belt drive in the design drawings?) I do worry what the final price will be.

Assuming its affordable, I’d definitely ride it. But what about you? Let us know what you think of the Stroke in the comments below. 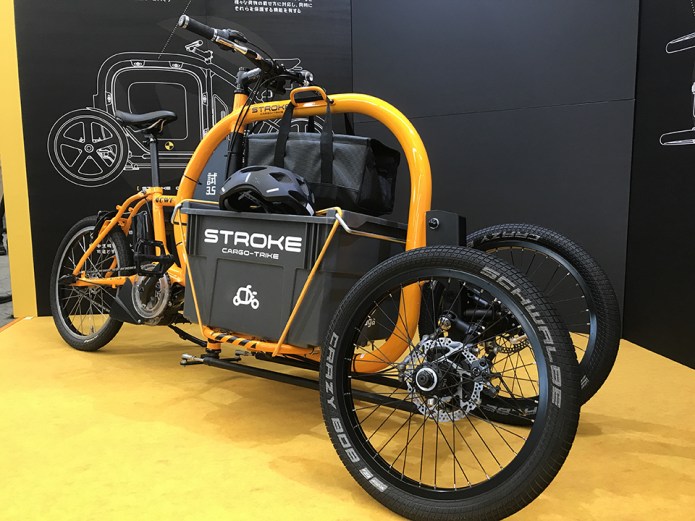