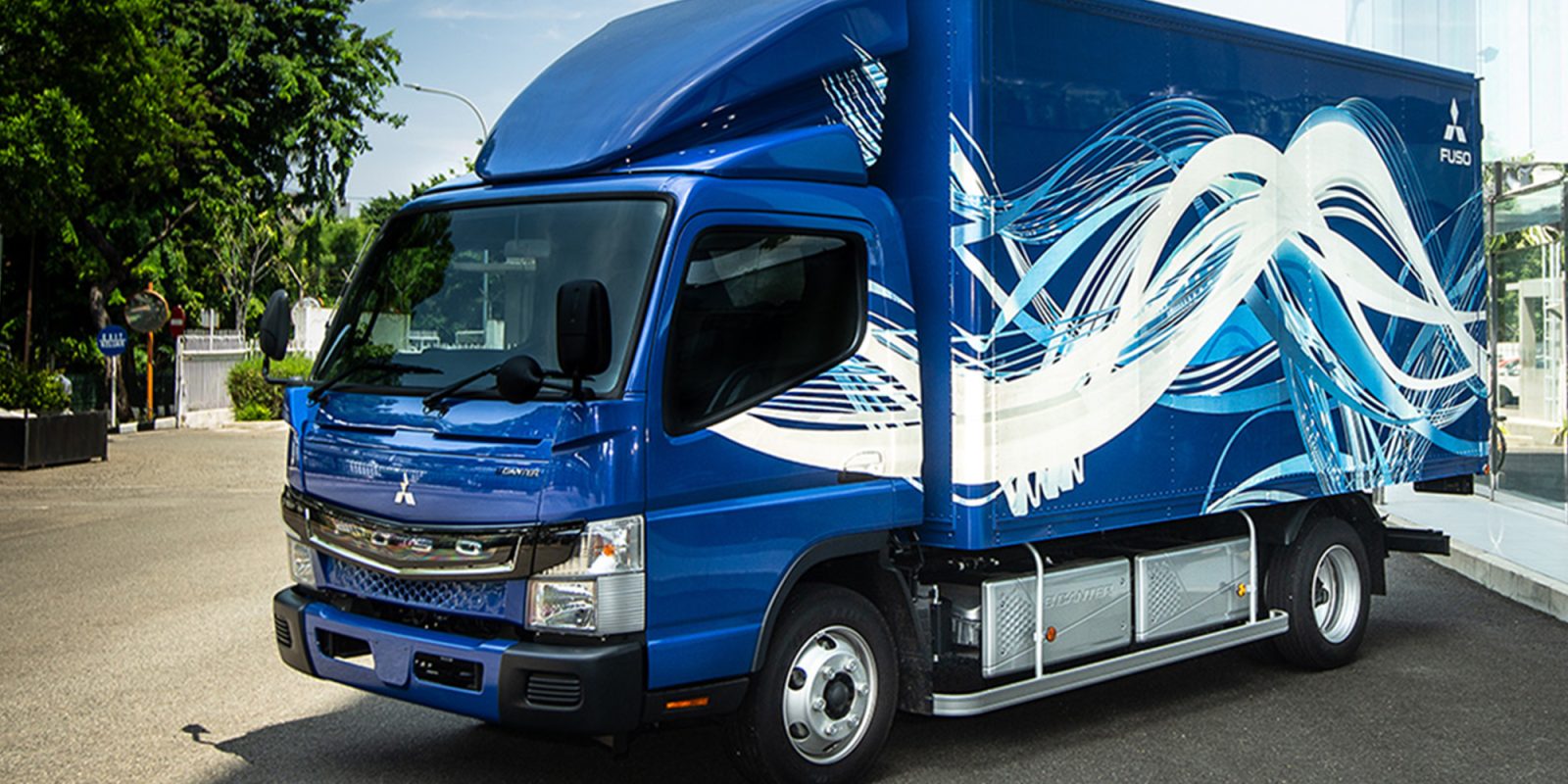 Mitsubishi Fuso’s all-electric light-duty eCanter truck arrived in 2017 as the first of its electric truck series unveiled a year prior. According to its manufacturer, the eCanter is particularly useful for inner-city routes, in which stopping and starting occur frequently. This includes duties like home deliveries and convenience store stocking.

The Fuso eCanter is powered by an electric drive system with an 135 kW motor. That is powered by six Mercedes-Benz liquid-cooled, 13.5 kWh lithium-ion batteries. This offers torque of 390 Nm (~288 ft-lb). Despite its light weight attributes the eCanter can lug nearly 9,000 lbs of cargo.

In Japan, the truck is used by logistics companies and retailers for urban distribution. It is being used stateside for deliveries by companies like UPS. It’s also used for waste disposal.

The press release states that over 60 Fuso eCanter trucks are operating in various regions of Japan. Simultaneously, over 140 eCanters operate in the United States and Europe. MFTBC estimates the total driving distance for its eCanter fleet exceeds 3 million km (1.86 million mi) worldwide.

The Japanese manufacturer hopes the eCanter will play a significant role in helping reduce carbon emissions, especially in congested urban areas where many of the Fuso eCanter trucks currently function. The fact that it offers less noise and vibration, in addition to zero emissions, should help its cause for expansion.

The latest model of the Fuso eCanter launched last August, but MFTBC is currently developing its next version. It will include even further upgrades and a wider range of variations.