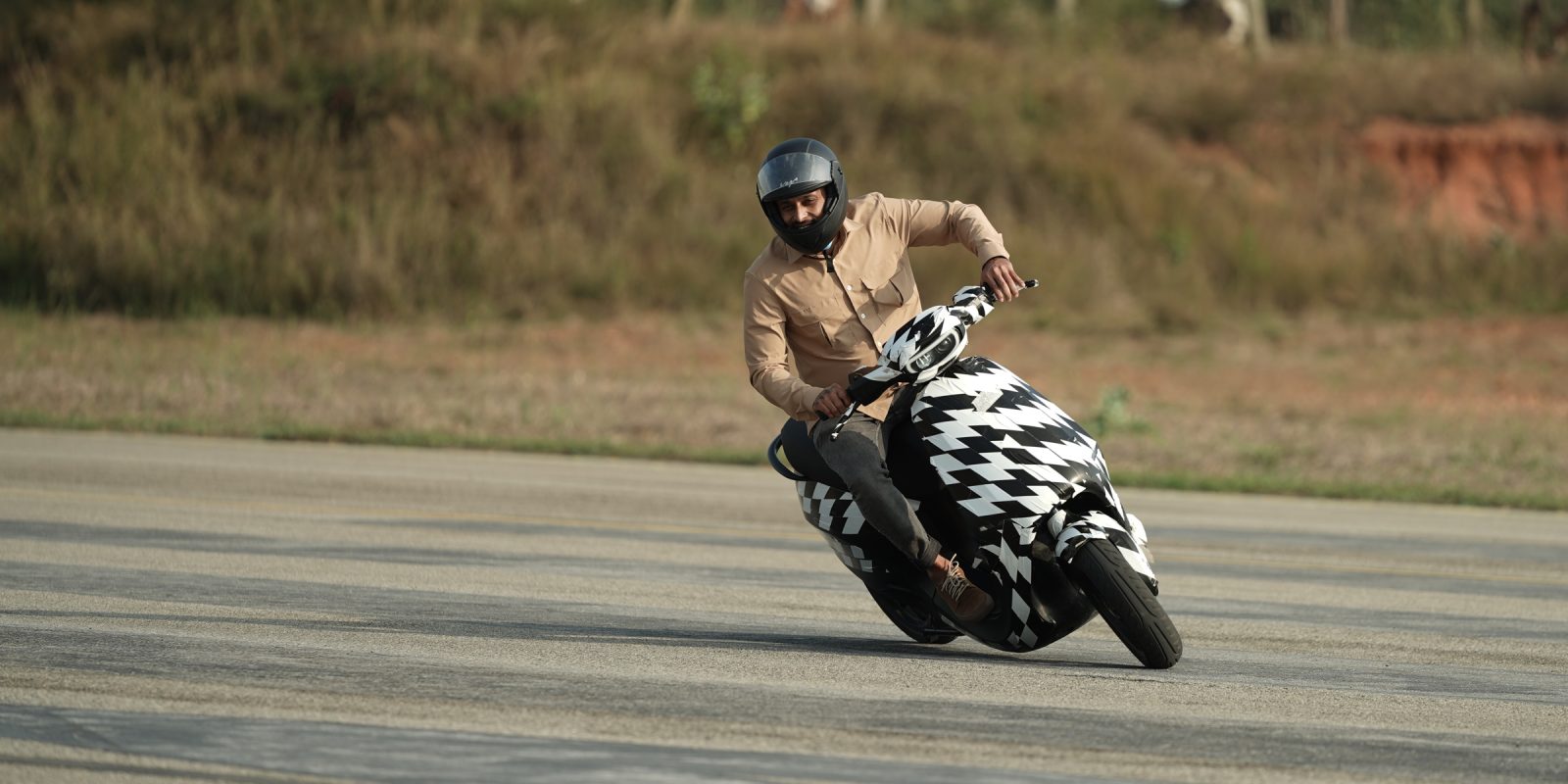 Ola electric’s upcoming electric scooter has been spied on the test track, and clues reveal what we can expect to see from the company’s upcoming unveiling.

Etergo’s high-tech smart electric scooter known as the AppScooter had been a favorite among the many interesting new designs racing to market.

But funding troubles ultimately led to Etergo being acquired, and we speculated as to what would become of the company’s beloved electric scooter prototype.

That speculation is now heating up as we are finally seeing a camouflaged yet suspiciously similar-looking electric scooter being tested on the Ola Electric proving track.

Compared to others such as the Bajaj Chetak and the Ather 450X, Ola’s new electric scooter could stand to gobble up market share if it builds upon the progress already made by Etergo.

The AppScooter originally used a trio of proprietary banana-shaped battery packs that curved to slide in beneath the seat and continue down under the rider’s feet. That left the majority of the underseat cargo area open, offering 50L of storage – a nearly unheard of volume in the electric scooter market. (For my fellow Americans, imagine hauling roughly a couple dozen 2-liter Coke bottles under the seat. There we go, now we’re all together!)

The scooter also featured a large color display and a suite of smart, connected features.

To be fair, we can’t determine much about the Ola scooter’s smart package or batteries from the spy shots.

But we can still see an overall outline that looks quite similar to the original AppScooter, and a nearly identical single-sided front fork.

That fork is quite distinctive and immediately stands out as AppScooter-ish.

Ola Electric is currently preparing for construction of a new electric scooter and two-wheeler mega-factory that would become the largest in the world. As an Ola Electric spokesperson explained to Electrek:

We are currently fully focused on setting up a 2 million annual capacity scooter mega-factory which will roll out our range of electric scooters and two-wheelers. And of course we are putting our electric scooter through its paces on the test tracks, rigorously testing and tweaking it to get it production and launch ready in the coming months.

India is proving to be one of the most innovative markets for electric scooters and motorcycles.

The country has long shown a preference for two-wheeled vehicles, and the government has helped fuel local development and manufacturing of electric scooters and motorcycles with various incentive programs.