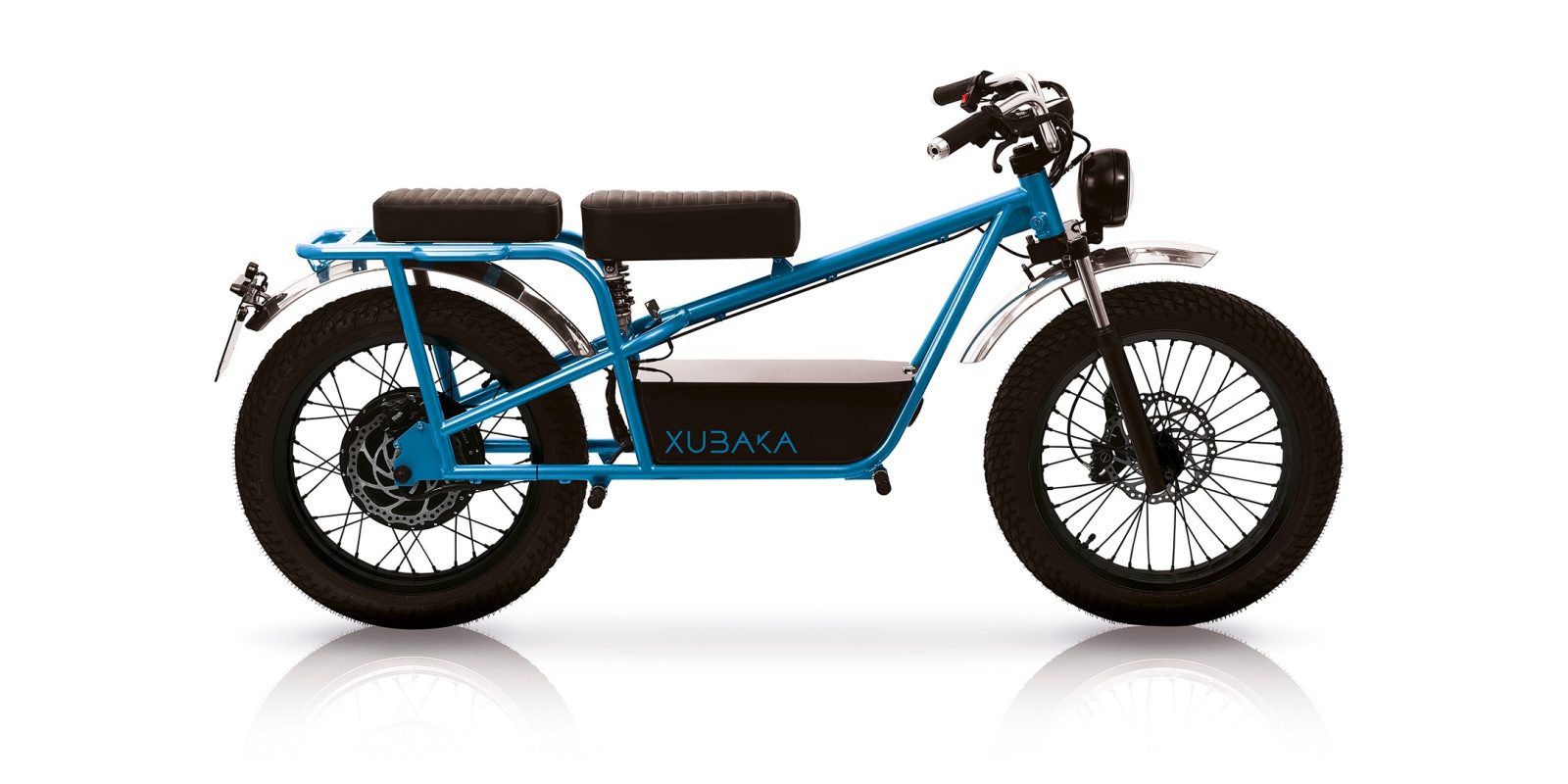 French motorbike company Sodium Cycles took to CES 2021 to show off the latest version of their light electric motorcycle known as the Xubaka.

Instead of using a typical mini-sport bike design, it opts for a bicycle style frame without the pedals.

As Sodium Cycles explains the background of the design:

Vintage and pure, XUBAKA’s unique design evokes the mythical motorcycles of the 70s as much as the futuristic lines of the Bauhaus for furniture and architecture.

The passenger appears to be on his or her own when it comes to suspension, though a pillion seat is only one option for the rear.

Sodium Cycles has a suite of racks and other utility-oriented accessories that would replace the rear seat and turn the bike into more of a cargo scooter.

The Xubaka’s rear houses a 4 kW continuous and 5.5 kW peak-rated hub motor that propels the bike to a top speed of 80 km/h (50 mph). The Xubaka is limited to just 50 km/h (31 mph) in its native EU though, keeping it street legal in the 50cc class without a full motorcycle license.

The US version will presumably not carry the lower speed limit, or may have optional user-selectable speed limits that would allow the Xubaka to operate at full speed.

The 50 kg (110 lb) bike comes in far below the weight of most comparably performing gas or electric scooters/motorcycles.

The Xubaka is planned for an initial release in the EU in 2021, but intends to eventually enter the US market. The bike will retail for €5,900 (approximately US$7,170) – a hefty price for the EU speed-limited version.

I actually like the style. I don’t know if I’m cultured enough to pick up the “Bauhaus” tones, but I like that it’s different from the repetitive designs we see too much of.

To me, it seems like a fun combination of electric bicycle design and light electric motorcycle performance.

Ouch, that price though. I feel like €5,900 is a big ask. Don’t get me wrong, if they are producing this thing locally in France then the price may be fair. But it’s just such a large premium over higher performance and lower cost options that you’re going to have to really enjoy the design to spend that much.

What do you think of the Xubaka electric motorcycle?

Could you see yourself riding one of these minimalist-style electric motorbikes? Let’s hear your thoughts in the comments section below!