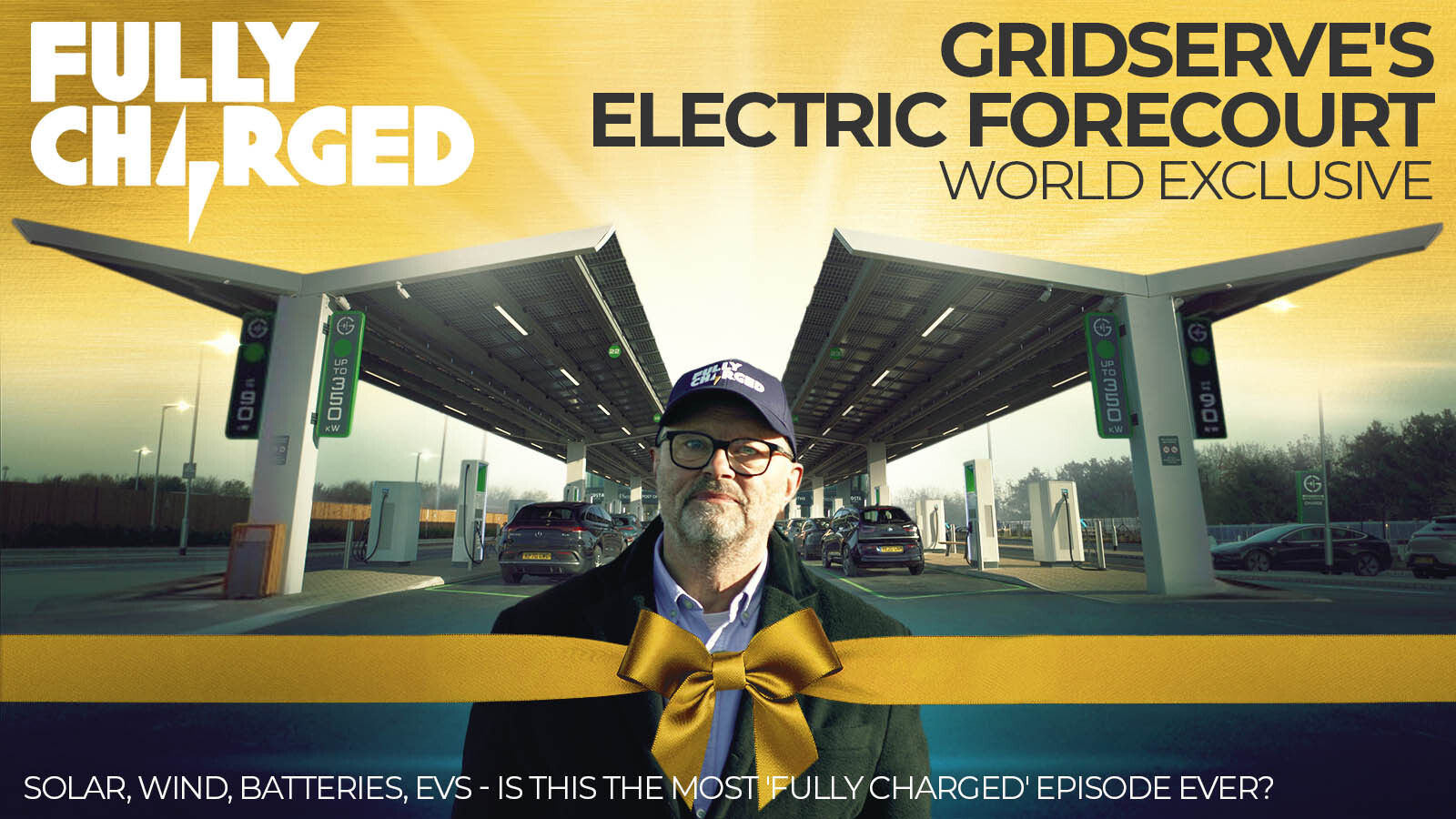 Great Britain is arguably better known as a bleak little island on the edge of Europe, rather than as a renewable powerhouse, but ‘the times they are a-changin’. It won’t be surprising that Britain with its considerable coastline is ‘blowing in the wind’, but what is less well known is that occasionally there is sunshine too. GRIDSERVE has made its name in recent years by building out solar farms across the UK. As such, the team there, led by CEO Toddington Harper, has approached the electric vehicle charging challenge from the perspective of primarily serving the grid and electric car drivers, and free from any fossil fuel legacy, not its shareholders. And it shows.

The Electric Forecourt in the South of England is a 36 charger super-hub, but with solar canopies, and a solar farm providing the power, all backed up by large-scale batteries and wind power.

GRIDSERVE’s ‘sun-to-wheel’ strategy has been enabled by the plunging price of solar and batteries. In addition to the solar on the building, and above the chargers, GRIDSERVE owns and operates a nearby 60-acre solar farm generating 10 Gigawatts a year. There is also a 6 Megawatt battery at the Electric Forecourt, and the site as a whole has a 5 Megawatt grid connection.

For EV charging, the three dozen options are split between 7kW, 22kW, and 90kW charging, plus Tesla superchargers up to 250kW, and several 350kW chargers to ensure that the site is as future-proofed as possible. With the level of investment involved, you could be forgiven for wondering how much it will cost to charge your car at the Electric Forecourt, but by harnessing sustainable energy, it is a very competitive 24 pence per kWh; which we believe is a market-leading cost in the UK.

In addition, GRIDSERVE’s business model also includes a retail offering and electric vehicle leasing, but the Electric Forecourt is much more than just a commercial space, it’s a communal meeting place with an educational objective too. Combustion engine vehicle drivers are as welcome as EV drivers, as GRIDSERVE strives to simplify the switch to electric. In time as they roll out Electric Forecourts across the UK – there are 100 sites planned – there will also be a bundled membership scheme. The thing that struck us most, is the sheer level of detail that has gone into every element of the Electric Forecourt. It’s incredibly impressive, and success surely beckons.

Yes, we know Tesla has been blazing a trail when it comes to EV charging infrastructure, and we know that collectively Electrify America in the US, and Ionity in Europe are starting to make a difference too. But it is amazing to see an independent brand like GRIDSERVE come to the fore, bringing together every electric car – including Teslas – under a solar roof. We think this initiative marks another major milestone on the road to zero emissions.

How to test drive a Tesla during the pandemic