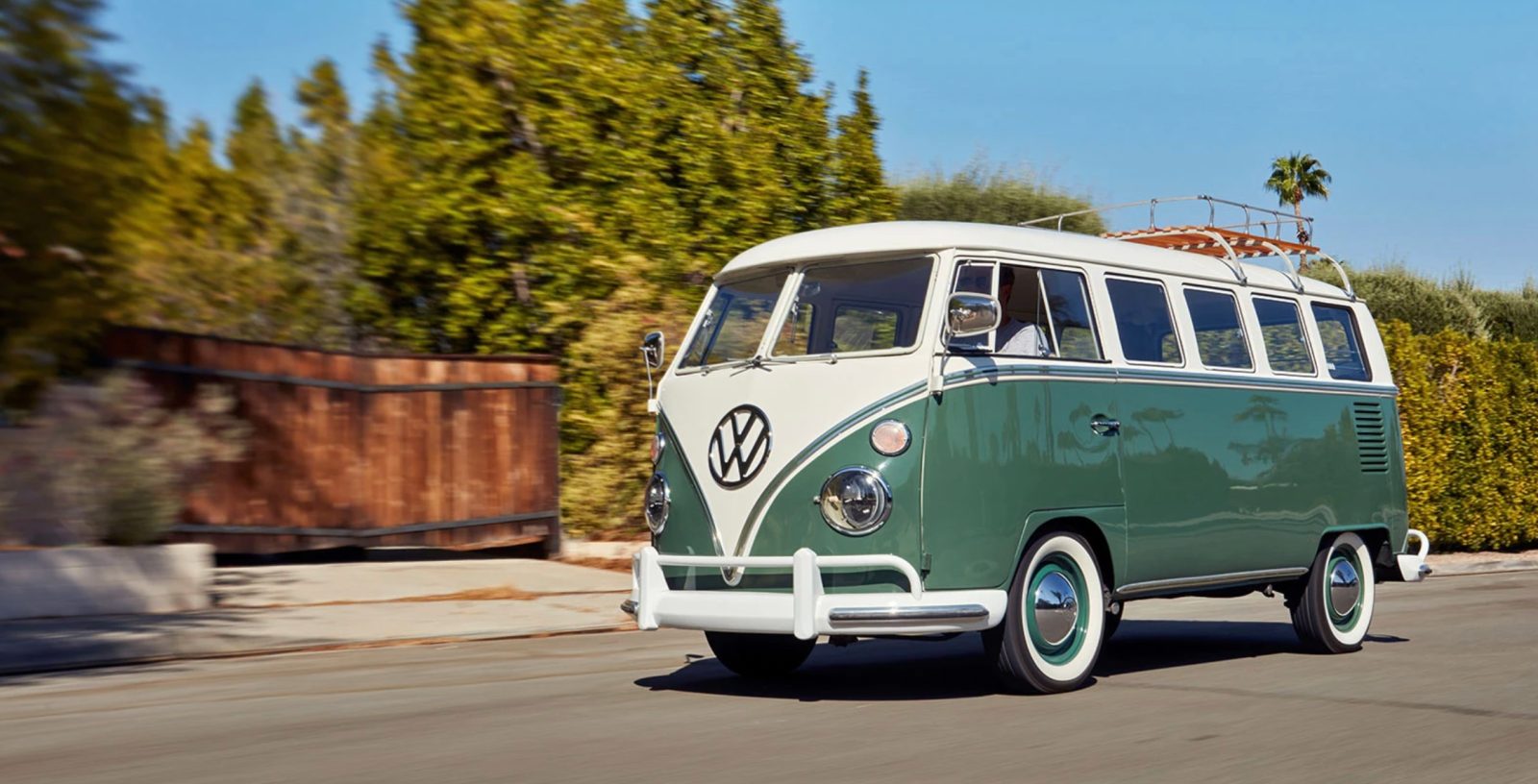 A salvaged Tesla powertrain is now powering a classic 1966 VW Microbus for people who want to combine nostalgia with their electric van life.

The electric van is up for grabs in this sweepstakes on Omaze.

Volkswagen’s 1960s microbus has become iconic and it turns head to this day, especially in the “van life” community.

The German automaker is bringing it back as an electric van with the I.D. BUZZ electric microbus with a modern twist.

For some who prefer the classic look, Zelectric has converted a 1966 VW Microbus to electric propulsion.

Like many other companies that do electric conversions, Zelectric likes to use Tesla battery modules for their efficiency.

Unfortunately, they could only fit 32 kWh of Tesla modules inside the vehicle — limiting the range to about 85 miles.

If you want a longer range electric VW van, you are going to have to wait for the ID.Buzz in 2022.

Here are the other specs released by Zelectric:

Zelectric partnered with Omaze to give the Tesla-powered classic1966 VW Microbus to a lucky winner of a new sweepstakes for benefit of REVERB:

REVERB harnesses the power and reach of music to inspire and empower millions of individuals to take action for people and the planet. REVERB partners with musicians, festivals and venues to ‘green’ their concerts, while engaging fans face-to-face at shows to take environmental and social action. Their work makes a real, positive impact on the environment including the elimination of 3 million+ single-use plastic water bottles at concerts, supporting 2,000 family farmers, elevating the work of 4,000 local and national nonprofits, and eliminating over 180,000 tonnes of CO2 through their unCHANGEit climate campaign.

You can participate in the sweepstakes on Omaze’s website starting at $10 for 100 entries and you can increase your chances with 2,000 entires for $100.

The winner not only gets away with the Tesla-powered classic1966 VW Microbus including taxes and shipping costs covered, but they will also get an extra $20,000.