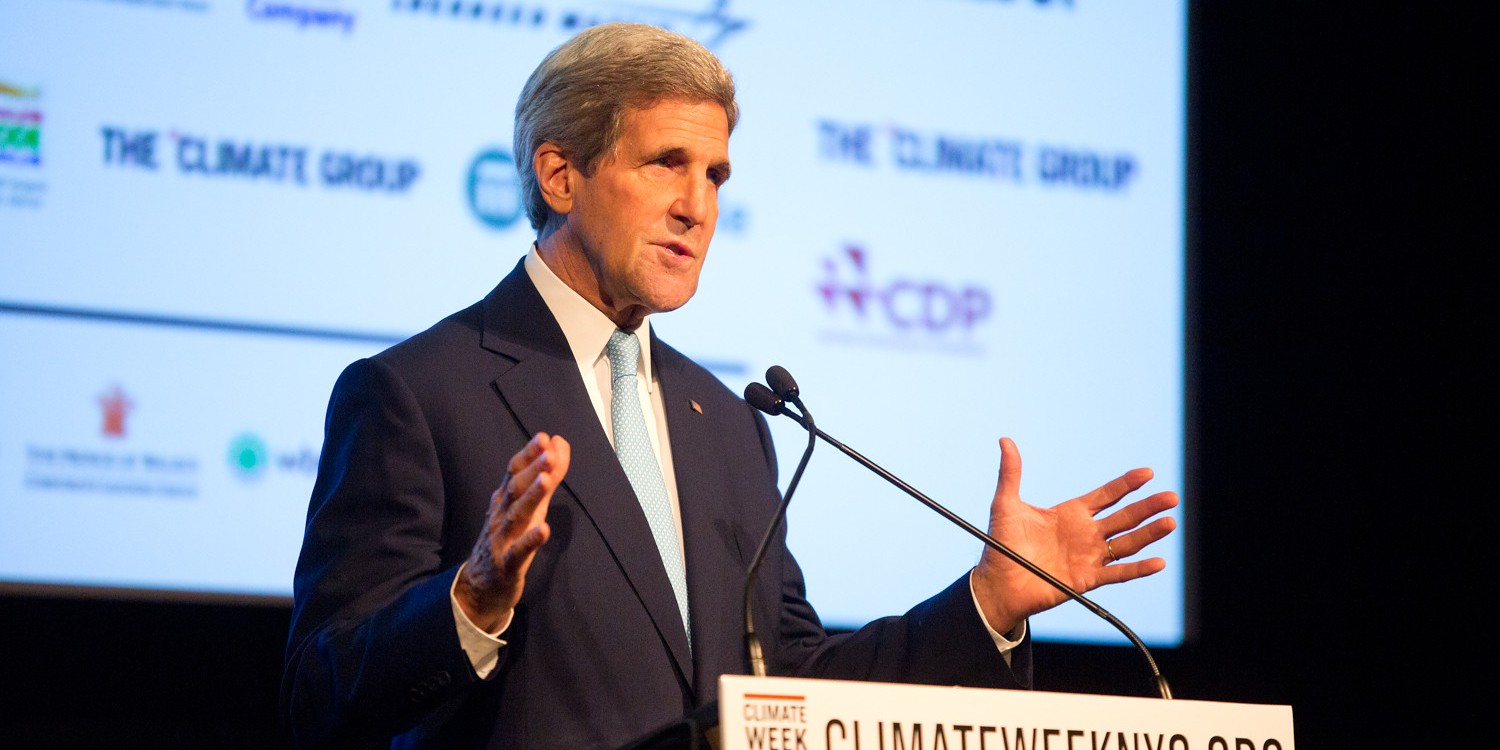 John Kerry has been named special presidential envoy for climate change on the National Security Council — aka “climate czar” — by US president-elect Joe Biden. It’s a brand-new position.

As secretary of state in Barack Obama’s administration, Kerry played a key role in negotiating the Paris Agreement and made climate change a core issue in the state department. He’s been involved in climate efforts for decades, including launching the bipartisan World War Zero coalition last year.

Biden today wrote in an email to supporters in which he announced Kerry’s appointment to the role:

This role is the first of its kind: the first cabinet-level climate position, and the first time climate change has had a seat at the table on the National Security Council. There could be no one better suited to meet this moment.

Kerry said in a statement:

America will soon have a government that treats the climate crisis as the urgent national security threat that it is.

The creation of this new role and selection of Kerry for it is an important sign that President-elect Joe Biden is making climate change central to US foreign policy.

With the increasing devastation of climate impacts around the world and the opportunities for expanding US climate ambition and encouraging others to do the same in the lead-up to next year’s climate talks in Glasgow, Secretary Kerry is well-positioned to get the US acting aggressively on climate change once again. As he well knows, we have no time to lose.

In addition to the Kerry appointment, Biden must empower a climate council to act on the substantive changes we need to survive. We deserve a world beyond fossil fuels — a world in which workers’ rights, community health, and our shared climate come before corporate profits. Right now, John Kerry has an unprecedented chance to lay the groundwork.

We have a climate czar, for the very first time, ever, in the US. For the last four years, we just wanted the White House to acknowledge that climate change existed. The bar was low. Now, climate change is not only going to be prioritized, but it will be considered in every aspect of government. How exciting is that?

Let’s just think for a second about the contrast between John Kerry with the, for example, soon-to-be-gone coal lobbyist Andrew Wheeler, who currently heads the Trump administration’s EPA. Phew. (We can’t wait to see who the new EPA head is.)

Kerry has extensive state department experience and decades of working on climate-change issues. Kerry must take input from and work with progressive young climate-change activists such as the Sunrise Movement, which takes a very different approach to Kerry’s more bipartisan stance.

He’s also going to need to listen to conservatives who care about climate change and renewables. (I just wrote about Texas building the biggest solar farm in the US on Friday. Texas is a red state. And today, I got followed by a group on Twitter called the Conservative Texans 4 Energy Innovation Foundation.)

So he’s going to have to use those statesmanship skills.

We have hope for the first time in four years. And that feels great. Let’s get this done.