The whole point of electric cargo bikes is to make it easy to haul around a bunch of cargo or passengers. But Bunch has taken that idea to the extreme with their new six-kid electric cargo bike. And if that wasn’t cute enough for you already, they have another one for your dogs!

Bunch is a US supplier of electric cargo bikes and trikes.

And while their original models may have looked fairly similar to other electric cargo bikes on the market, the company’s latest models are like nothing I’ve seen before.

Bunch’s new electric cargo bikes are known as the Preschool Cargo Bike and The Bark.

I’ll let you figure out which one is which. 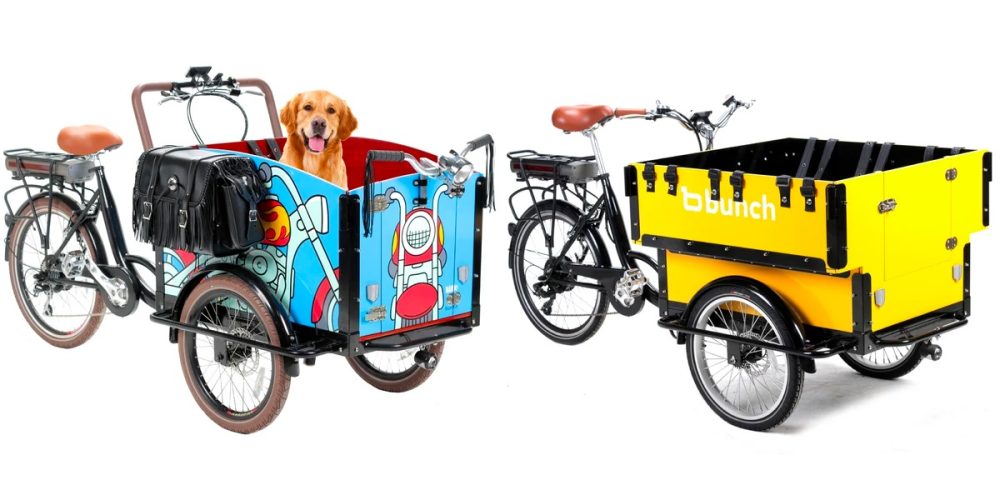 The Preschool is a six-seater front-loading cargo trike. It steers by turning the entire front box and axle. Basically, the front steers and the rear follows it around.

Two benches seat three kids each and offer full safety harnesses to keep the rug rats inside. The cargo box is also painted bright yellow like a school bus. Get it? 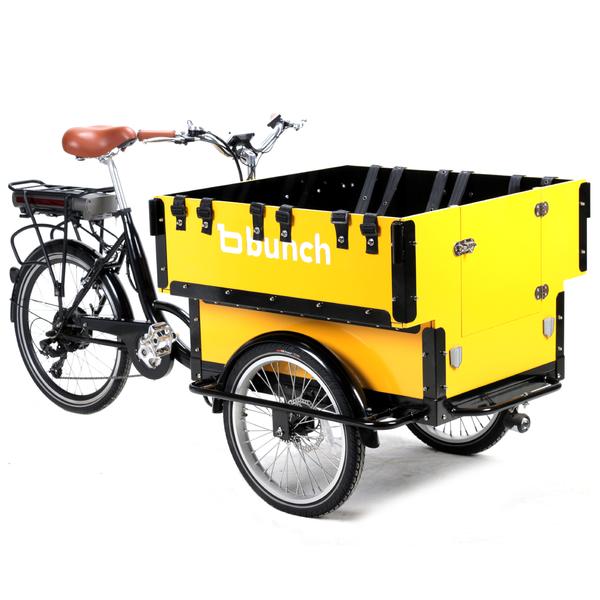 As far as I know, this is the first cargo bike of its kind in the US. It’s a front-load cargo bike that can hold up to six kids. We did it in bright school-bus yellow plus a front door with the idea of empowering preschools and daycares (or really big families!) to get their kids around by bike! I was inspired by seeing a preschool biking with their kids in Sweden three years ago, and have wanted to do something similar ever since!

The bike features a 500 W rear-geared hub motor powered by a 48 V and 14 Ah lithium-ion battery. With 672 Wh of capacity, the Preschool electric cargo bike is rated for between 20-30 miles (32-48 km) of range. I imagine that a larger number of hills or kiddos will push you down into the lower end of that range. On the other hand, more pedal effort from you and a lighter load could see you eking out more miles.

If you’re like me and have more dogs than kids, The Bark may be more interesting to you. It’s built on a similar base but swaps out a dog carrier cargo box for the school bus box on the other bike.

There’s still a bench with two harnesses to fit a couple kids, but The Bark is dog optimized. 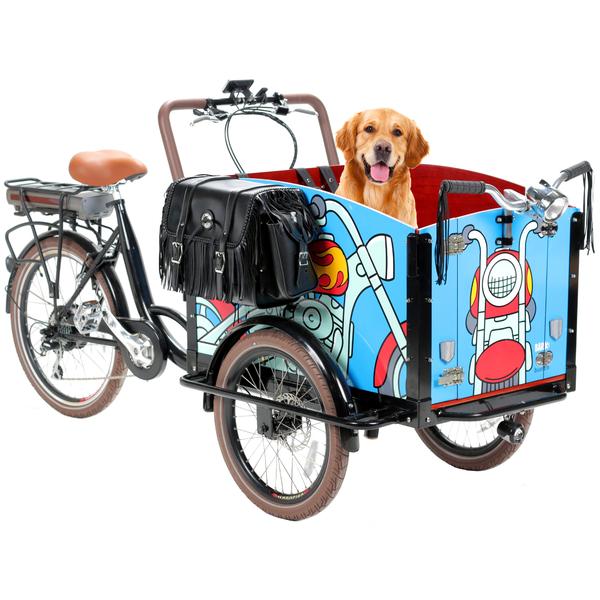 There’s a folding cushion in the bottom to make your dog more comfortable, and the front swinging door opens lower to ease the four-legged transition. The bike also comes with a saddle bag to store your dog’s necessities while keeping them out of the dog’s way on the journey.

The bikes cost $3,495, which actually isn’t all that bad in the world of electric cargo bikes. Sure, it’s not a $1,500 RadWagon, but my 75 lb (34 kg) dog would never let me put her on that style of electric cargo bike. And considering that European manufacturers often charge double the cost of a Bunch cargo e-bikes, the price suddenly doesn’t look too bad.

Bunch is able to keep costs down by manufacturing in Asia and operating a direct-to-consumer model. According to the company:

Most of our high-priced competitors fall into two categories. 1) European brands who make their bikes in Europe (high labor costs) and then sell them in North America via distributors who markup the price. 2) Bespoke companies in the US making made-to-order cargo bikes, at a high labor cost. We are a U.S. company that uses bulk overseas manufacturing to significantly reduce our costs. We then sell direct to customers through our website or via dealers, with no markup for distributors.

I don’t think I’ll be getting one of these Bunch e-cargo bikes for myself anytime soon, seeing as how my wife and I are enjoying the child-free life for the time being. But I could sure have fun riding around with all of my nieces and nephews in one of these!

What do you think of the Bunch cargo bikes? Let us know in the comments below.