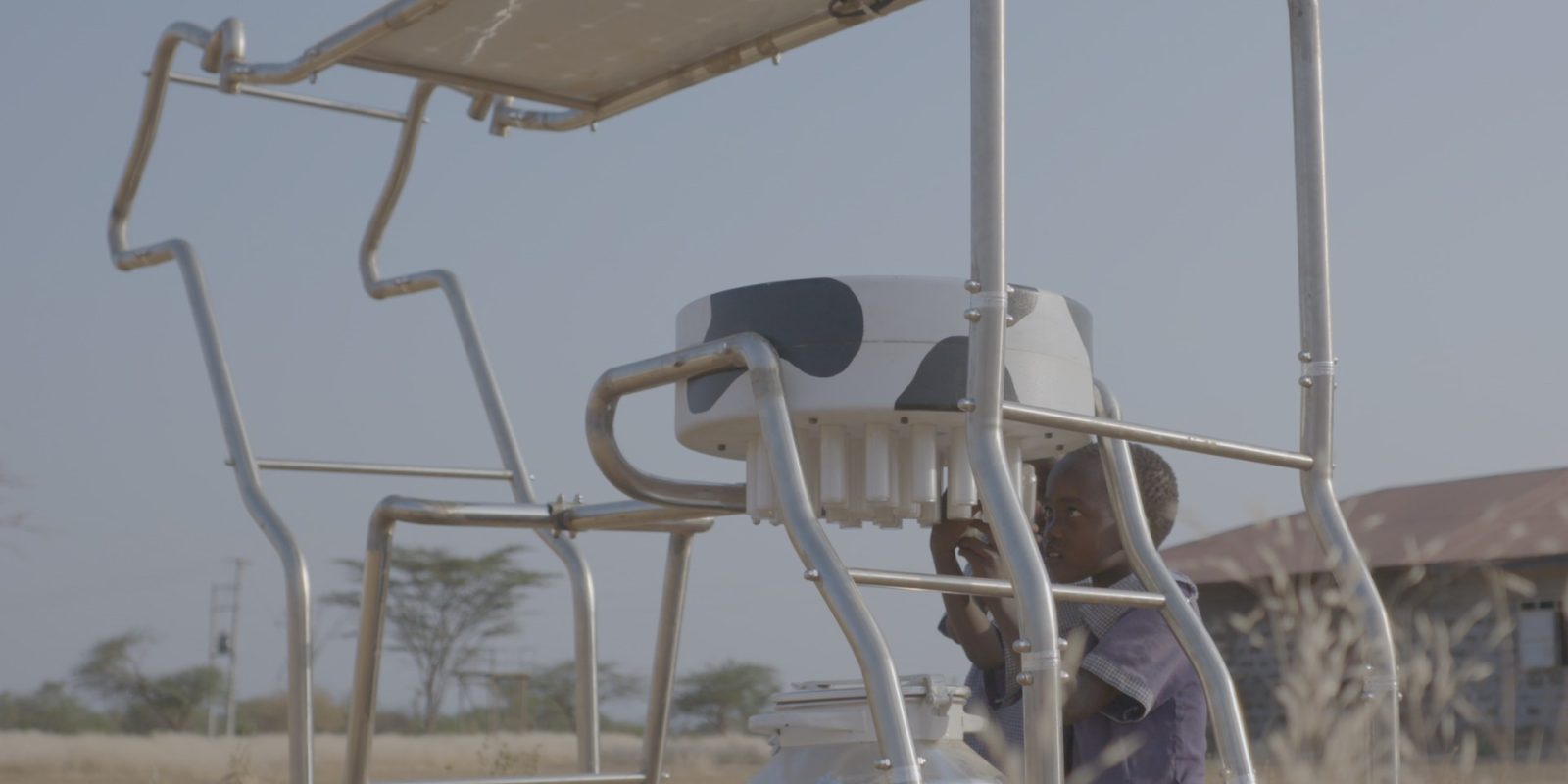 Korea and US-based solar technology startup YOLK has developed a solution to bring kids to school. More children at Losimingori Primary School in rural Tanzania are being sent to class because of a very special cow. The Solar Cow installed in their school is a solar system that provides families in off-grid areas with power in return for school attendance. This has boosted attendance rates by an average of more than 8%, and increased new student registrations by about 10%.

Many low-income families rely on kerosene lighting and relatively expensive charging stations to meet their energy needs. This green energy is a tangible incentive for them to send their kids to school instead of work.

The Solar Cow, one of Time Magazine’s top 100 inventions of 2019, allows kids to charge portable
batteries called Solar Milk while they study to take home at the end of the school day. They feature
a flashlight and can charge basic devices like cell phones and radios.

Trump’s administration announced yesterday that it would sell leases to oil companies, and the Federal Register today published a “call for nominations and comments” from the Bureau of Land Management for oil and gas leases in about 1.5 million acres along the Arctic Ocean coast.

The American Petroleum Institute (which, incidentally, acknowledged Joe Biden’s win in a press release), said [via the New York Times] that the announcement was “long overdue and will create good-paying jobs and provide a new revenue stream for the state — which is why a majority of Alaskans support it.” But it might just be a waste of time. Bloomberg explains why:

It’s unclear how many oil companies would have the appetite to mount costly operations in the remote Arctic wilderness amid low crude prices, steep public opposition, and regulatory uncertainty. Major US banks have sworn off financing Arctic drilling projects, and conservationists are also pressuring oil executives to rule out work in the region.

Even if leases are sold and issued before January 20, companies will need permits governing air pollution, animal harm, water usage and rights of way that the new administration could stall or deny.

A new poll conducted for environmental organization Pacific Environment by Yale University, George Mason University, and Climate Nexus finds that 74% of American voters would be more likely to shop at companies that use cleaner ways to ship their goods. The poll finds that 70% of American voters would continue to shop at these brands even if using clean ships raised the price of their goods.

These findings also demonstrate a strong American preference to shop at companies taking action to address the outsized impacts from maritime shipping, which transports around 80% of all global freight by volume. About three-quarters of voters feel more favorably toward a company that imported their products using the cleanest fuel available (75%), was the first to ship their products on a zero-emissions ship (73%), or reduced shipping-related emissions by just a third (72%). More than 8 in 10 (84%) agree that the shipping industry should be doing more to reduce the impacts of shipping goods around the world.

At almost 1 billion tonnes of climate emissions per year, the shipping industry emits roughly the same as all the coal plants in the US combined. The sector could account for 17 to 18% of all global emissions by 2050 if corrective policies are not put in place. The International Maritime Organization, the United Nations agency that regulates shipping, has set a goal of cutting shipping emissions at least 50% below 2008 levels by 2050, but recently bowed to industry pressure to weaken the rules governing pollution from the shipping industry.