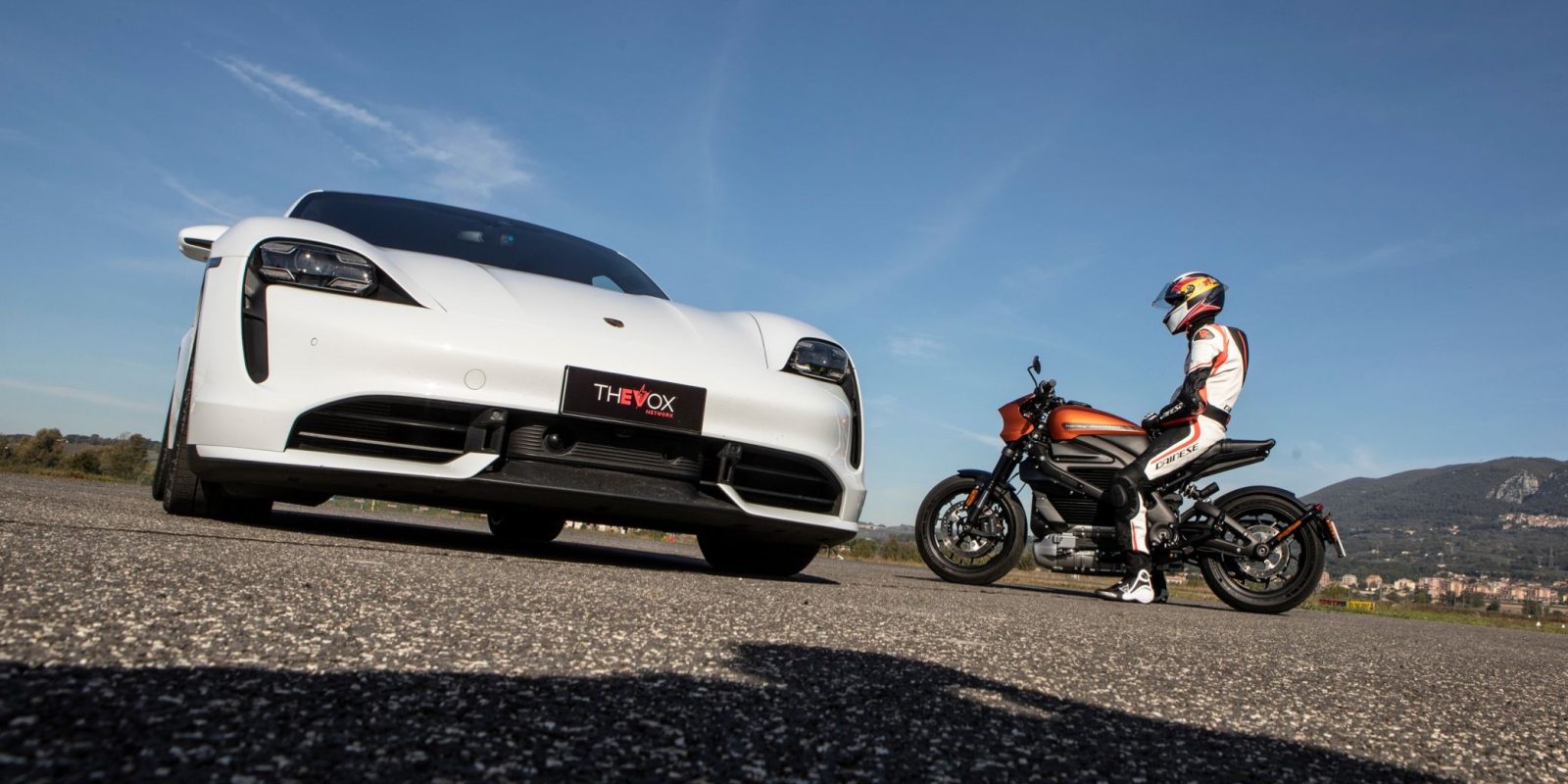 What happens when you race four wheels against two in an electric vehicle drag race, pitting American muscle against European engineering?

That’s exactly what you’re about to find out.

Thanks to ThEVox Network, a Porsche Taycan Turbo and a Harley-Davidson LiveWire electric motorcycle slugged it out in a quarter-mile drag race.

However, the Taycan is a heavy vehicle, especially when you compare its 2,380 kg (5,247 lb) to that of the relatively paltry 249 kg (549 lb) of the Harley-Davidson LiveWire electric motorcycle.

While the LiveWire certainly has a weight advantage, its Relevation motor produces just 78 kW (105 hp) of power — nowhere near that of the Taycan.

Its 116 Nm of torque is also well below that of the Taycan.

So can the Harley-Davidson LiveWire’s smaller size offset the power and torque advantage of the Porsche Taycan?

As you can see from the race footage above, the Taycan ultimately managed to best the LiveWire by a few car lengths.

However, we can also see that the LiveWire appears to have taken the early lead, accelerating faster off the line than the Taycan before being… overtaycan. (C’mon, everyone gets one.)

And to be fair, the matchup wasn’t really on a level playing field to begin with. The LiveWire has an electronically limited top speed of 177 km/h (110 mph), compared to the Taycan’s higher 260 km/h (162 mph) top speed.

And as we’ve seen in previous LiveWire 1/4-mile races, the bike reaches its top speed during the race and thus ceases accelerating part way down the track.

Plus, the Taycan also received an acceleration boost late this summer, making the electric sports car quicker than ever.

Even if the two EVs are in entirely different classes, its still fascinating to see them run up against each other, and also demonstrates how exciting electric racing can be — no exhaust noise necessary.

If you want to see Electrek‘s own review of the Harley-Davidson LiveWire electric motorcycle (ridden by yours truly), check it out below.