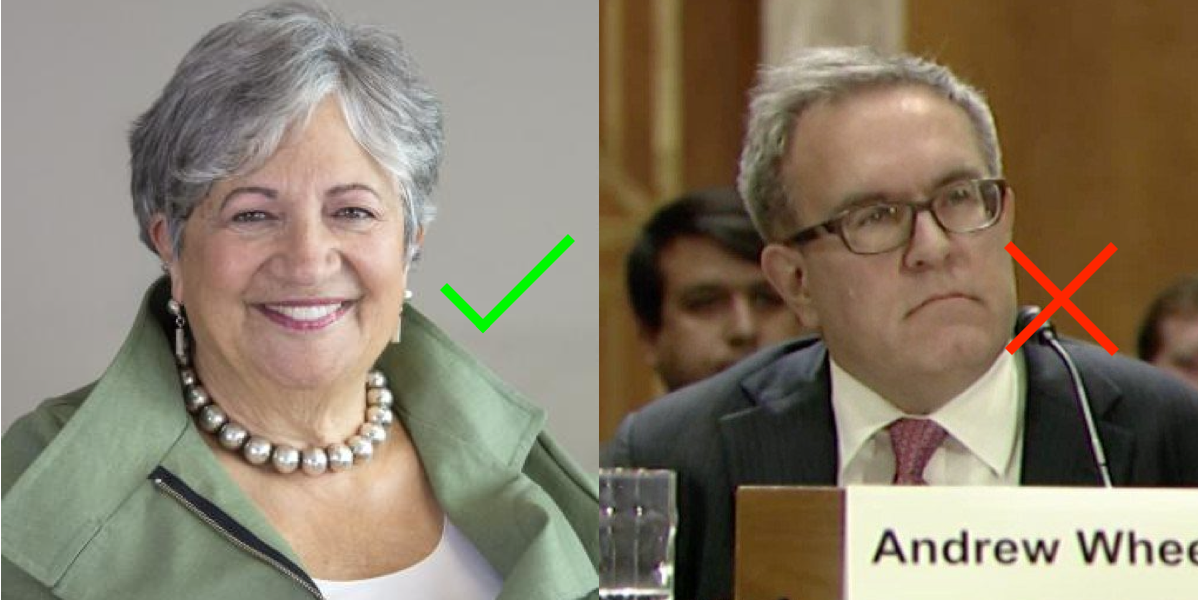 After four years of being filled by such industry mouthpieces as corrupt oil stooge Scott Pruitt and lying dirty coal advocate Andrew Wheeler, it looks like the Environmental Protection Agency is set to resume its actual purpose of protecting the environment come Joe Biden’s inauguration on January 20.

While Biden’s selection for EPA head has not yet been announced, one name that should be familiar to electric car enthusiasts is reportedly on the short list: Mary Nichols, head of California’s Clean Air Resources Board (CARB).

Nichols was originally appointed to serve on CARB in 1975 by Governor Jerry Brown (D-CA), then had stints at the Natural Resources Defense Council and the US EPA’s Office of Air and Radiation. In 2007 she was appointed to CARB again, but this time as its chair, by Governor Arnold Schwarzenegger (R-CA).

Over those years she has earned a reputation as a fair but no-nonsense fighter for clean air, in particular leading California’s efforts to drag both the auto industry and the US government into regulating auto emissions.

As head of CARB, Nichols has overseen regulations that affect not only California, but the other “CARB states,” a dozen states that automatically adopt California’s clean air regulations — and represent about a third of the US auto industry.

Since California passed its own Clean Air Act before the US federal government did, the state has long held a “waiver” that allows it to set its own rules as long as they are stricter than US rules. Other states can do the same as long as they adopt California’s restrictions without modification.

But her influence has gone beyond those states. Under President Barack Obama (and then Vice President Biden), CARB worked with the US EPA and the auto industry to establish a single national standard for higher fuel economy. Industry had wanted this for a long time, to harmonize regulations in CARB states and the rest of the country, allowing for more regulatory certainty. And it was no small feat to get all parties onboard for this first-of-its-kind agreement that stood to save hundreds of thousands of lives and trillions of dollars.

However, in recent years, under Pruitt and Wheeler, the Environmental “Protection” Agency has sought to kill Americans and cost them money by rolling back those fuel economy standards, and to withdraw California’s waiver.

CARB, under Nichols’ chairmanship, has stood firm against these attacks, vowing to protect the environment even if the EPA won’t. Nichols even managed to negotiate a deal with some of the world’s largest automakers to maintain California’s higher standards despite these federal rollbacks (though some others have shown their hostility to the environment by supporting the rollbacks). California has also led a coalition of states — including many non-CARB states — in various legal fights against these sometimes self-contradictory attacks.

Over the course of Nichols’ tenure at the CARB, California has met and exceeded many environmental milestones. It has the highest level of electric car ownership in the US and is among the highest in the world, nearly the lowest per capita emissions level of any US state, and it succeeded in meeting their latest emissions reduction goals four years ahead of schedule.

Most notably, Los Angeles, where Nichols lives, has seen a 98% decline in vehicle-related pollutants since the 1960s, when Nichols started her work. While not all of the credit goes to her for these successes, she has been one of the most effective fighters for the environment — perhaps anywhere in the world — over that time.

We at Electrek focus our coverage on environmental causes, with electric transportation being chief among them. So a woman who has been one of the most significant and effective advocates for cleaning up transportation, and for expanding electrification of the auto industry, would be a dream candidate for this position, in our opinion.

Nichols had previously announced that she planned to retire at the end of the year. But such a tireless fighter for the environment might not be able to resist the calling to help at the highest level. As EV advocates, we couldn’t think of a better choice for the post.