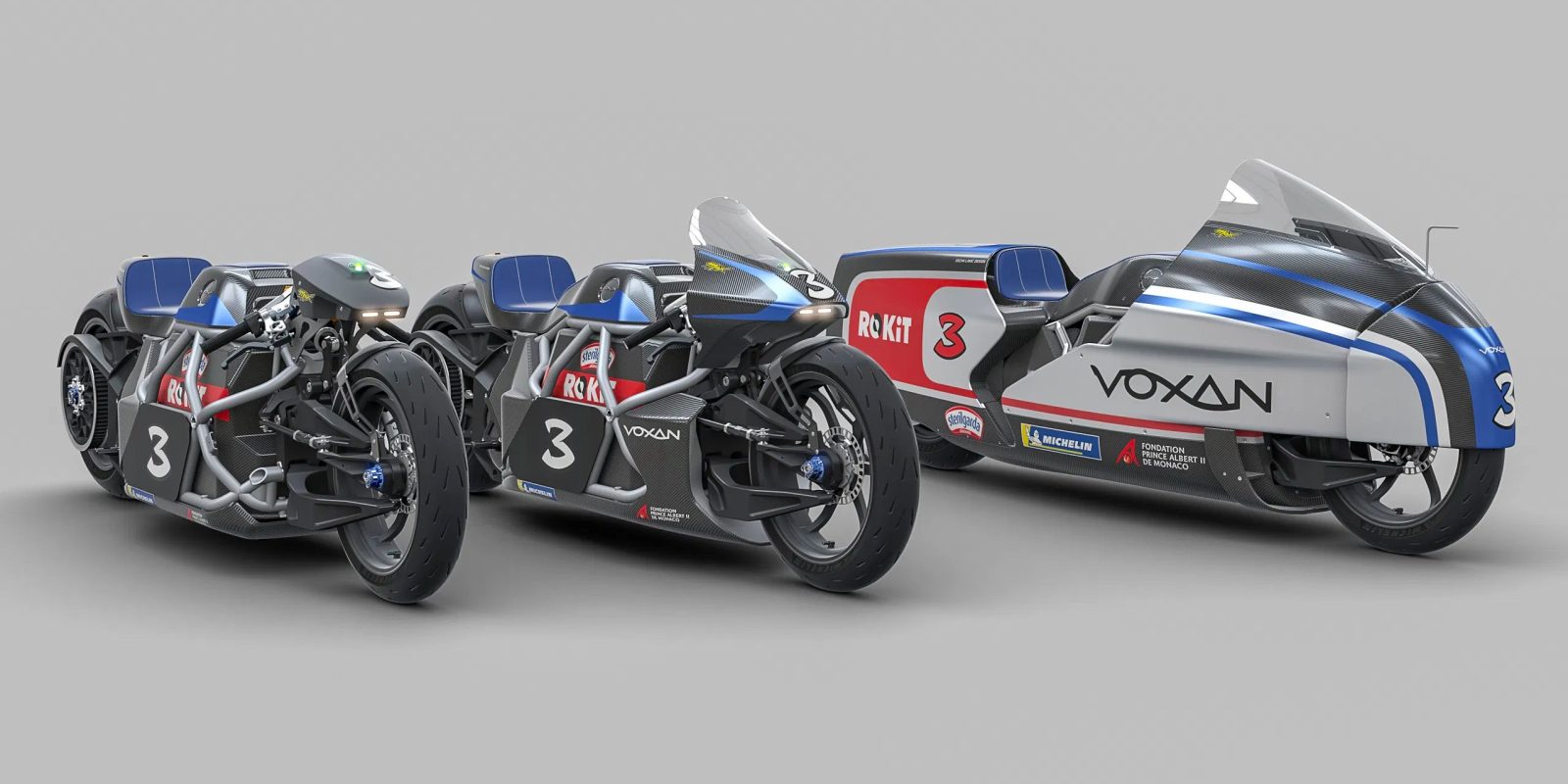 Records were meant to be broken, and that’s exactly what six-time motorcycle racing world champion Max Biaggi did on the Voxan Wattman electric motorcycle. After an impressive performance this past weekend, he broke five world records and set six more new records.

We first began reporting on the Voxan Wattman electric motorcycle earlier this summer when the bike was being prepped for the land speed record.

The bike — which is actually three bikes in streamlined, partially streamlined, and standard form — was built to be the fastest electric motorcycle in the world. It is cooled by dry ice and uses a 317 kW (425 hp) motor and 15.9 kWh battery.

It was supposed to make a run for the record books this past summer on the Salar de Uyuni salt flat in Bolivia, but due to disruptions caused by the COVID-19 pandemic, the attempt was postponed until 2021. But in a stroke of a good luck (seemingly rare in 2020), the team was able to push the timeline forward by performing the record attempts at the Châteauroux airfield in France.

The highest speed achieved during the many runs was clocked at 408 km/h (254 mph).

The most sought-after record achieved by the team was the “Partially streamlined electric motorcycle over 300 kilos” speed record. Biaggi achieved a top speed of 366.94 km/h (228.05 mph) on the semi-streamlined Voxan Wattman during this run. Per FIM rules, the run was performed over the course of 1 mile (1.6 km) in two opposite directions and from a flying start.

That new top speed bested other famously fast electric motorcycles such as the Mobitec and the Lighting LS-218.

Another big win for Biaggi and his team came when they scooped up the record for the non-streamlined Voxan Wattman, achieving a top speed of 349.38 km/h (217.14 mph) on the bike.

In addition to those two major wins, the team came away with nine other records, shown below:

Biaggi was understandably excited about the team’s performance, as he explained:

When Gildo Pastor, the president of the Venturi Group, approached me about this project, I was curious, very motivated, and at the same time a little uncertain. Having said that, right after our first meeting, I quickly realized that, like Gildo, his teams were driven by an incredible belief and determination. They told me ‘we came close to 600 km/h (373 mph) on four wheels, and now we want to flirt with 400 km/h (249 mph) on two wheels, nothing’s going to stop us!’ These records make me a happy man! I’m proud of the team and delighted to bring these titles back to Monaco!