Originally intended to make the record attempt this month, plans for the (hopefully) record-breaking run have now been delayed until next year. There seems to be a lot of electric vehicle world record attempts being delayed lately.

But that’s no matter to the Voxan team, including six-time motorcycle racing world champion Max Biaggi, who plans to ride into the record books on the Salar de Uyuni salt flat in Bolivia in July 2021.

The delay may have prevented the team from making their record run this month, but it hasn’t stopped them from unveiling the impressive bike today.

The Voxan Wattman sports a design far from traditional. Instead of a front fork, the bike features a double wishbone front suspension setup. It also lacks a front brake or a parachute, instead relying on a rear brake and ample runoff to eventually slow to a stop. The lack of a front brake improves aerodynamics and also helps avoid dangerous instability caused by engaging the front brake at extremely high speeds. 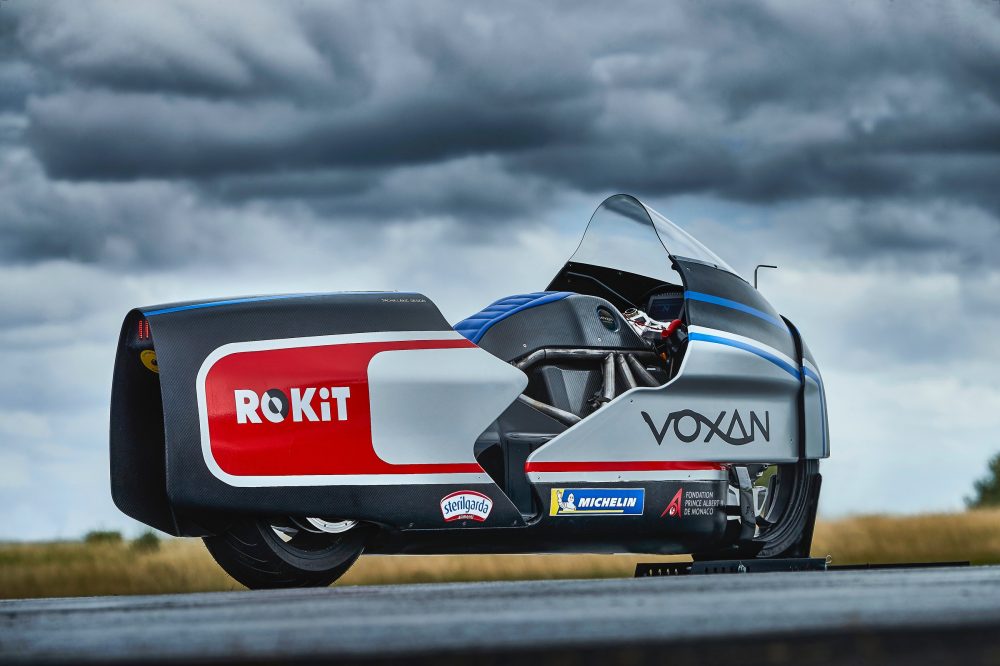 Fueling the bike’s 317kW (425 hp) of raw power is a 15.9kWh battery. Interestingly, that’s nearly the same capacity found in most standard electric motorcycles. For example, the Harley-Davidson LiveWire features a 15.5kWh battery. The main difference, however, is that the Voxan Wattman’s battery is designed to dump most of its energy in just a few minutes, as opposed to most electric street bikes that can ride for a few hours at a time.

As you can imagine, creating that much power in such a short period of time generates a lot of excess heat. Instead of taking the huge aerodynamic penalty presented by a radiator, the Voxan Wattman uses a more creative approach to cooling: dry ice. The frozen CO2 is held in a reservoir within the bike and helps draw heat away from the motor and batteries. 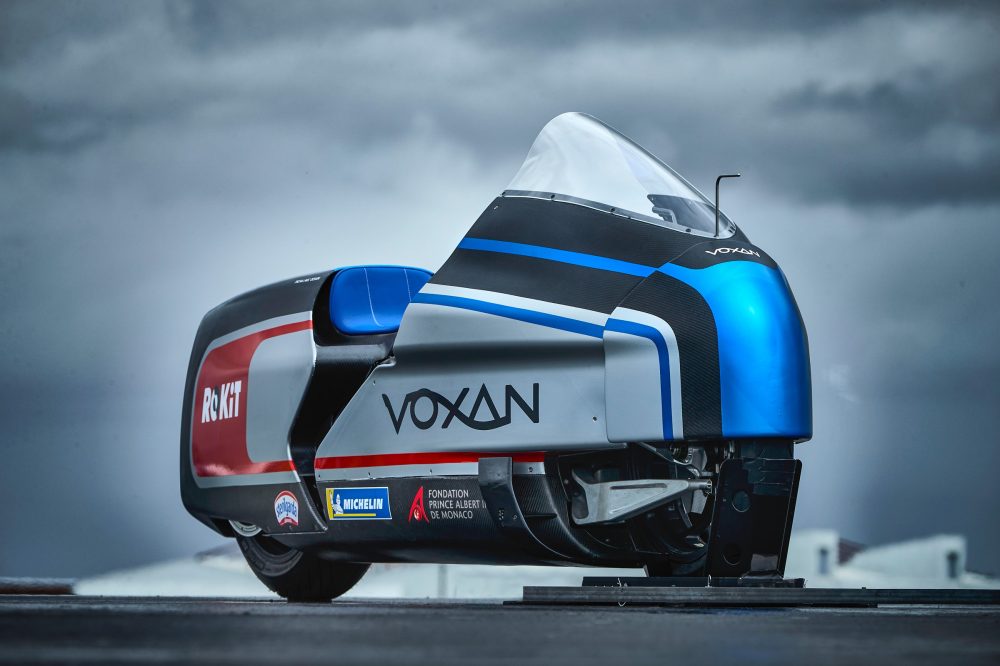 The team is aiming to reach a top speed of at least 330 km/h (205 mph) and simultaneously break the previous record of 327 km/h (203.1 mph) set in 2019 by Japanese rider Ryuji Tsuruta on the Motibec electric motorcycle.

While that might be the official world record, it doesn’t consider the famous Lightning Motorcycles LS-218, which in 2013 was recorded hitting a top speed of 218 mph at the Bonneville Salt Flats.

I reached out to Richard Hatfield, CEO of Lightning Motorcycles, to confirm the LS-218’s top recorded speeds.

As Richard explained of the LS-218:

And in true “pics or didn’t happen” style, Richard shared with us the time slip from the team’s 2011 Bonneville run, as well as a few other awards for achieving speeds higher than either the Voxan Wattman or Motibec.

So while the Voxan Wattman may snag the official world record next year if it hits its goal of 205 mph, it won’t truly be the fastest electric motorcycle in the world until it blows past the LS-218’s top speed of 218 mph.