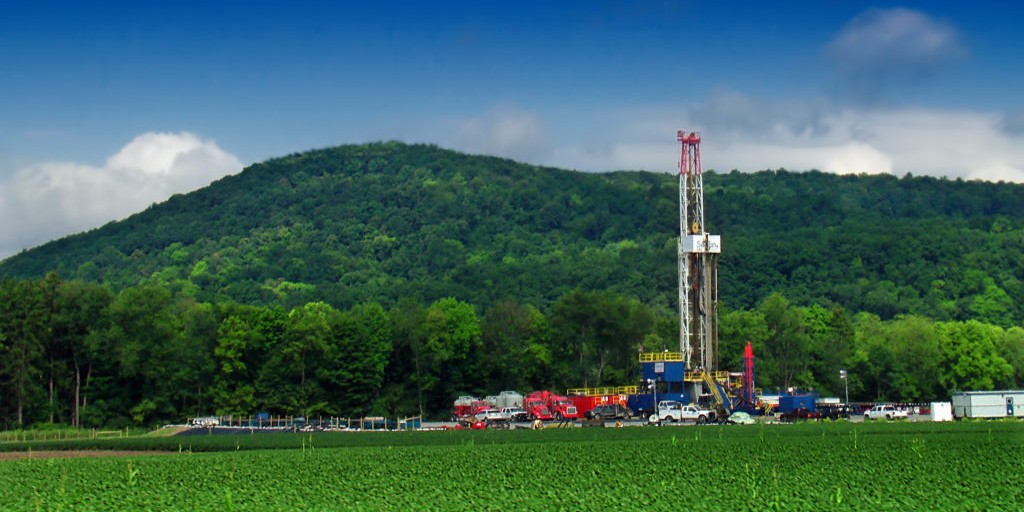 Pennsylvania is a crucial swing state in the US election, so it’s being closely watched and polled. Here’s where it stands on both fossil fuels and renewables.

Update 11/3: In an attempt to secure votes in the crucial swing state of Pennsylvania, Donald Trump signed a symbolic memo in support of fracking on October 31. He ordered his administration to study the effects of “prohibiting, or sharply restricting, the use of hydraulic fracturing and other technologies.” Trump continues to push the lie that Biden intends to ban fracking.

Biden, who closed out his campaign yesterday in Pittsburgh while Kamala Harris was in Philadelphia, has repeatedly pledged to not abolish fracking, and reiterated that in his own campaign stops in Pennsylvania over the weekend. (To reiterate our own stance, Electrek would like to see a ban on fracking.)

Grist‘s Eve Andrews, who is from Pennsylvania, wrote a great explainer on October 26 on this issue, titled, “Are Pennsylvanians as obsessed with fracking as Trump and Biden think?” You can read that here. (Spoiler: Andrews says it’s complicated, and Pennsylvania isn’t defined by fracking.)

Natural gas development is a major industry in the Keystone State — it produces more dry natural gas than any other state except Texas.

According to CBS News:

New drilling is also waning. Pennsylvania’s rotary rig count, which measures new drilling, has fallen to 20 from 37 at this time last year and 25 in January, according to the oil field service company Baker Hughes.

A new CBS News poll found that 52% of registered voters in Pennsylvania oppose fracking, and 48% favor the oil-and-gas extraction method. Unsurprisingly, 48% said that Donald Trump would do a better job on issues surrounding oil and gas exploration, compared to 42% for Joe Biden. Pennsylvania Republicans that were polled favored fossil fuels heavily over polled Democrats.

As for coal, Bloomberg Law reports:

Coal-fired power will plummet to 1% of Pennsylvania’s power generation by 2030 if the state joins a regional bid to curb greenhouse gas emissions, the state’s Democratic administration says.

That would be a staggering drop for the nation’s third-largest coal state. As recently as 2010, 48% of Pennsylvania’s energy came from coal, according to the Energy Information Administration.

As of 2018, Pennsylvania had over 354 megawatts of solar power generation installed at nearly 19,000 homes, farms, and businesses, and nearly 5,000 people employed in the solar energy field. (Compare that to No. 1 California, at 27,897 MW and 7.8 million households.)

And on the wind energy front, the state, as of 2018, had over 1,300 megawatts installed on 24 wind farms, which provides enough electricity to power nearly 350,000 Pennsylvania homes, with nearly 3,000 people employed in the wind energy sector. (The leader is Texas, with a total installed capacity of 24,899 MW, enough to power over 6 million homes as of April 2019.)

And biomass, which is considered by many to be carbon neutral, provides about three-tenths of Pennsylvania’s renewable electricity. Pennsylvania is among the top 12 states in the nation using biomass for electricity generation.

Biden released his green energy plan in July, and put job creation at the heart of his “Build Back Better” agenda. Biden has been really driving that point home in Pennsylvania, where fossil-fuel energy workers will be worrying about staying employed as the world moves rapidly toward green energy, and the industry roller-coasters during the pandemic.

Biden probably does as well as he does in the Pennsylvania poll for those who favor fossil fuels because his plan doesn’t phase out fossil fuels or ban fracking. (He’s also in favor of nuclear power.)

Like other fossil-fuel-dependent states such as Kentucky and West Virginia, for workers, it’s about putting food on the table and getting decent healthcare to deal with the fallout of job-related illnesses, such as black lung for coal miners.

Renewables are providing jobs in Texas, and for Republican-dominated Texas, green energy isn’t a political issue. The Lone Star State is still producing oil, but as stated above, it also leads the US in wind power.