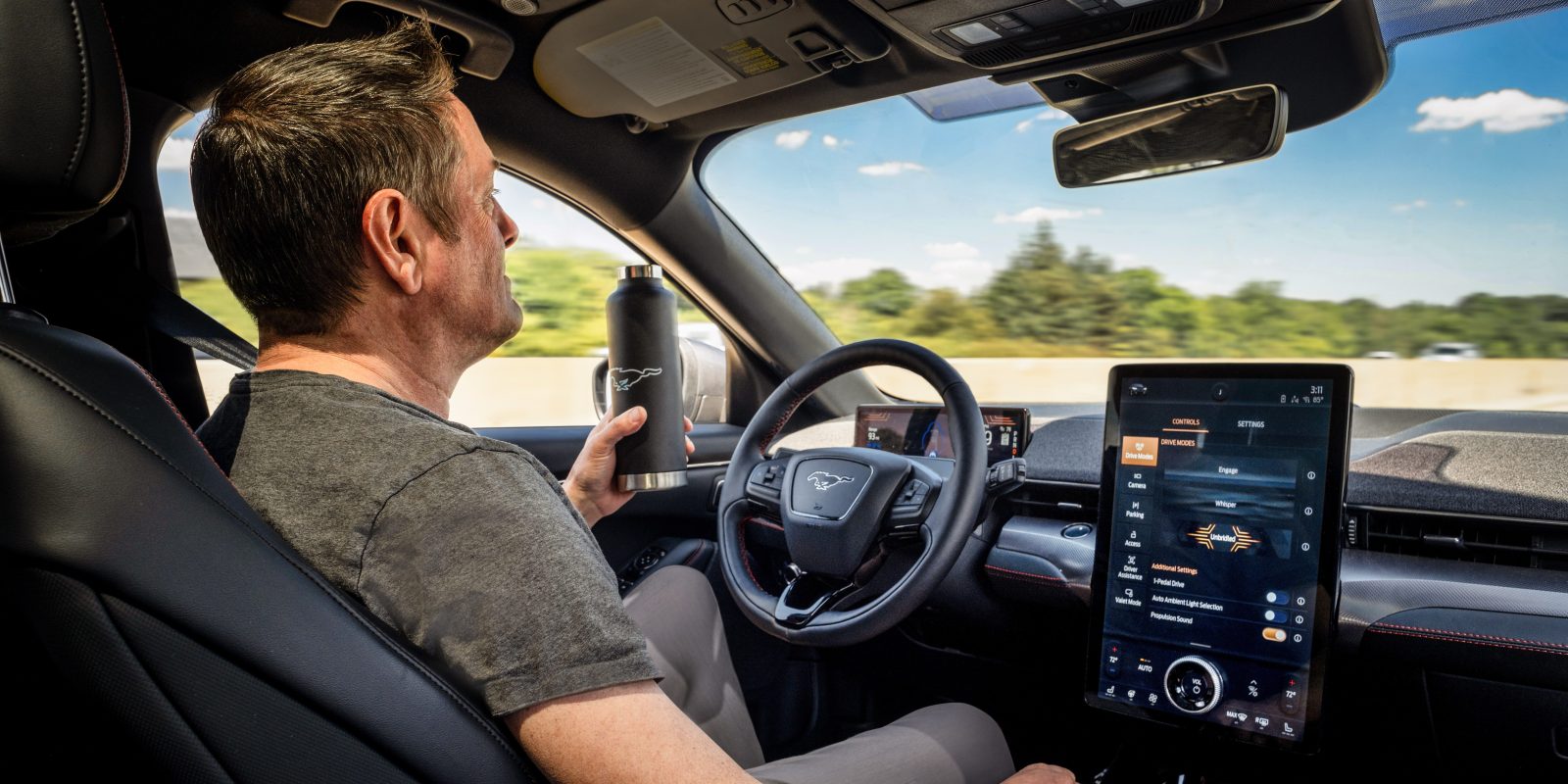 As we get closer to the start of Mustang Mach-E deliveries, Ford has released more details about the electric car’s hands-free autonomous driving capability.

The technology is similar to GM’s Super Cruise. It is available only on pre-mapped highways and it relies on a driver-facing camera to make sure that the driver stays attentive.

As long as they stay attentive, they can drive with their hands off the steering wheel:

Available Active Drive Assist builds upon available Intelligent Adaptive Cruise Control with Stop-and-Go Lane Centering and Speed Sign Recognition. It allows you to operate your vehicle hands-free while the driver is monitored by a driver-facing camera to make sure you’re keeping your eyes on the road, with the potential for more enhancements in the future. This feature is available on prequalified sections of divided highways called Hands-Free Zones that make up over 100,000 miles of North American roads.

Now Ford says that the technology will be in 100,000 of its vehicles within the first year of introduction starting with the Mach-E and new F-150.

For the Mach-E, some trims will have the feature standard and it will offered as a $3,200 option on other trims:

“For Mustang Mach-E, it will come standard on CA Route 1, Premium and First Edition variants. It’s an available package on the Select trim for $3,200 as part of the larger Comfort and Technology package, which includes features such as a 360-degree camera, heated front seats and heated steering wheel.”

However, it will not be available at launch, but interestingly, the feature is going to take advantage of Ford’s promised over-the-air software update capability in the Mach-E.

That’s something that many automakers are current;y trying to implement in order to catch up to Tesla who has been taking full advantage of this capacity for almost a decade at this point.

Ford says that it will start pushing the update to the Mustang Mach-E and F-150 during the third quarter of 2021.