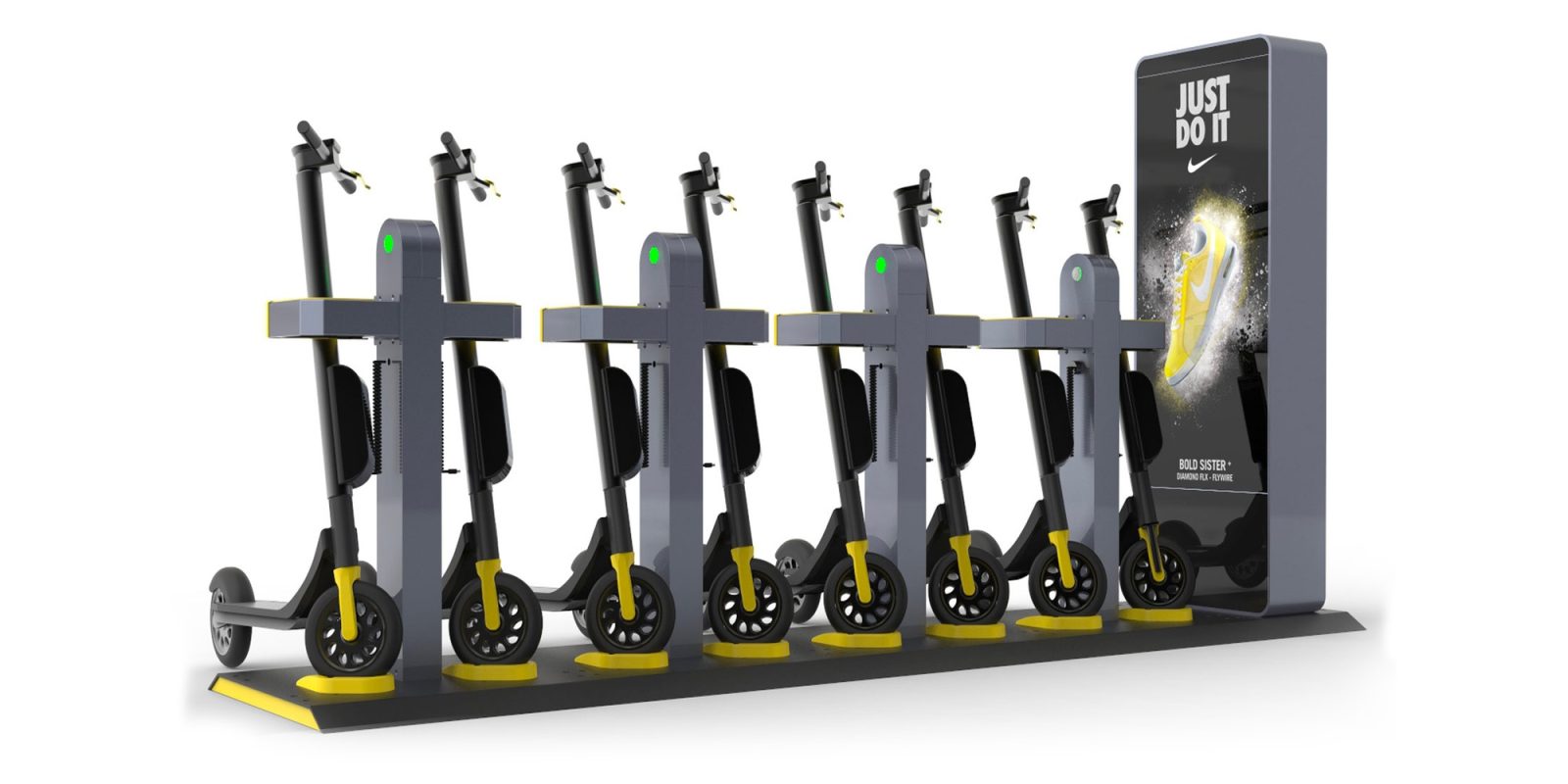 Want to charge your electric bicycle or e-scooter for free, using solar power? The startup Swiftmile is making that happen with hundreds of new charging stations in the US and Europe.

But the idea for these free charging stations didn’t happen overnight.

Swiftmile’s founder Colin Roche first got into electric bikes after winning a free Pedego e-bike in a raffle several years ago.

The new e-bike helped Roche return to cycling after a knee injury had sidelined him years before, as he explained to Bicycle Retailer:

“I considered myself a cyclist up until I was about 35, which is when I developed severe arthritis in my knee due to years of playing soccer. That is why this was such a fortuitous event for me; it literally got me back into biking with the aid of a pedal-assist bike and opened my eyes to what a game-changer they can be to getting back into biking.”

After discovering the joys of e-biking, he began thinking about charging needs and the lack of public charging infrastructure for e-bikes. That led Roche down a rabbit hole that eventually culminated in him founding Swiftmile.

The startup uses a few different business models to make the concept work.

Public charging stations are open to all users, free of charge, with the company earning revenue from digital advertising billboards on the station. Cities can have them installed for free and only need to provide the infrastructure access; Swiftmile handles the rest.

E-bike or scooter companies can also purchase charging stations, and then those stations would charge only that company’s models of vehicles.

The goal was to make sustainable charging a win-win, as Roche explained:

“Our program with cities does not require them to pay anything. We just need access to a power source and a good location for us to place the system with our digital screen. That was a key piece to making this a win, win, win for everyone. The cities get it for free, the ads pay for the system, and riders get to use it for free.”

In July, Swiftmile raised US$5M from investors, which added to the company’s previous US$6M in funding.

That funding will help the company grow, adding to the 200 charging stations already operated by Swiftmile.

“It’s really to execute on our pipeline and scale our mobility hubs around the world. We are at the beginning stages of a revolution in e-bikes, scooters, trikes, etc. We hope to become the gas station of the future to help build an ecosystem for these to flourish.”

What do you think? Can Swiftmile become the gas station model for e-bike and e-scooter charging? Will delivery riders and commuters be stopping off for a quick charge on their way? Let us know your thoughts in the comment section below!