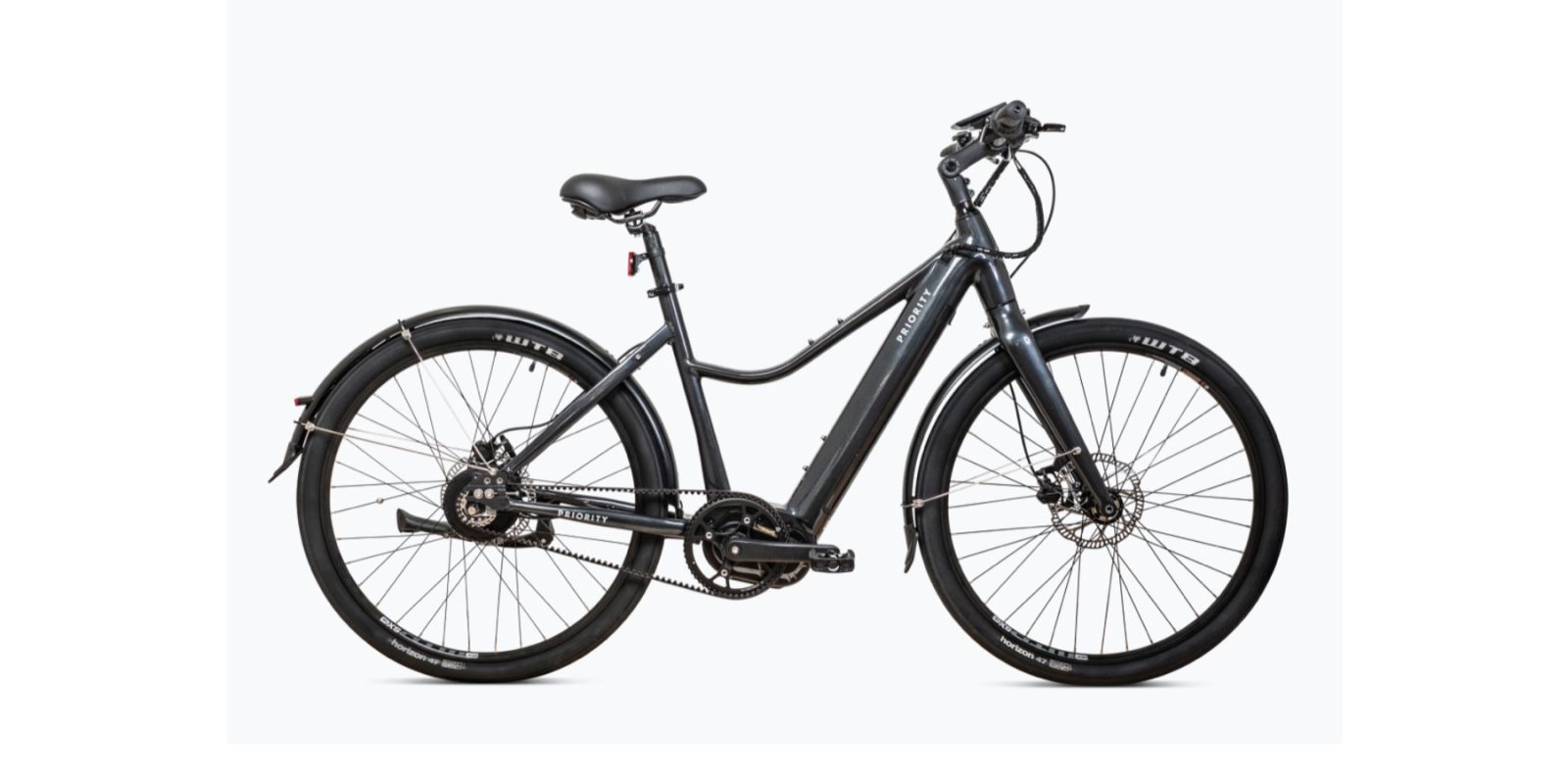 Priority Bicycles has just launched their latest electric bicycle, the Priority Current. The Current packs in a number of high-quality and low-maintenance parts for a killer price.

The Priority Current is powered by a nominally 500W mid-drive motor.

However, the company lists the motor at an insane 140 Nm (103 lb-ft) of torque, which makes me think that 500W number could be coyly low.

It is anyone’s guess what the real power is, but suffice it to say that 140 Nm of torque means this bike should have some serious pull, offering fast acceleration and flattening even the toughest of hills.

And in a move that belt-drive fans will rejoice over, Priority equipped the Current with a Gates belt drive system. The use of belt drive means there’s no greasy chain, no transmission noise, and virtually no maintenance.

Instead of an old-fashioned derailleur, the Priority Current uses an Enviolo internally geared hub with a massive 380% gear range.

And with a 500 Wh frame-integrated battery, the Priority Current gets a range rating of 30-60 miles (50-100 km) depending on the pedal assist level and riding style.

When Priority sent me the news and I saw the bike’s design and specs, I was immediately worried about what the price would be. The last Priority e-bike I tested out, the Priority Embark, was priced at just shy of $4,000.

But I was pleasantly surprised — perhaps even amazed — to see that the Priority Current has an MSRP of $2,999 and is actually on sale now with a promotional price of just $2,699!

A powerful mid-drive with 140 Nm of torque isn’t cheap. Neither is a Gates belt drive system, an Enivolo internally geared hub transmission, dual-piston disc brakes, or many of the other nice components featured on the bike.

There are other great budget e-bike options out there for half the price. But they don’t have the speed, quality, longevity, and low-maintenance of an e-bike like this.

I’m not sure which model of motor that is (can any eagle-eyed readers spot the model?) but the move away from an expensive and proprietary Bosch system like we saw on Priority’s last e-bike unveiling surely helped bring the price down. In my opinion, that was a great move on the part of Priority. Sure, Bosch systems are attractive to bike manufacturers as the company is a one-stop shop for all of the e-bike components and comes with excellent brand recognition. But now there are so many good options out there that companies like Priority Bicycles can offer high-quality e-bikes with nice component loadouts without charging the extreme prices of a Bosch-powered system.

The one downside I can see for some riders will be the lack of suspension. But considering that the Priority Current is designed as a commuter e-bike for riders that are already cyclists and are used to this type of frame, I don’t see that dinging the company too hard. In fact, the rigid fork and frame add to the maintenance-free mentality of the bike, which of course has its own draw.

What do you think of the new Priority Current?