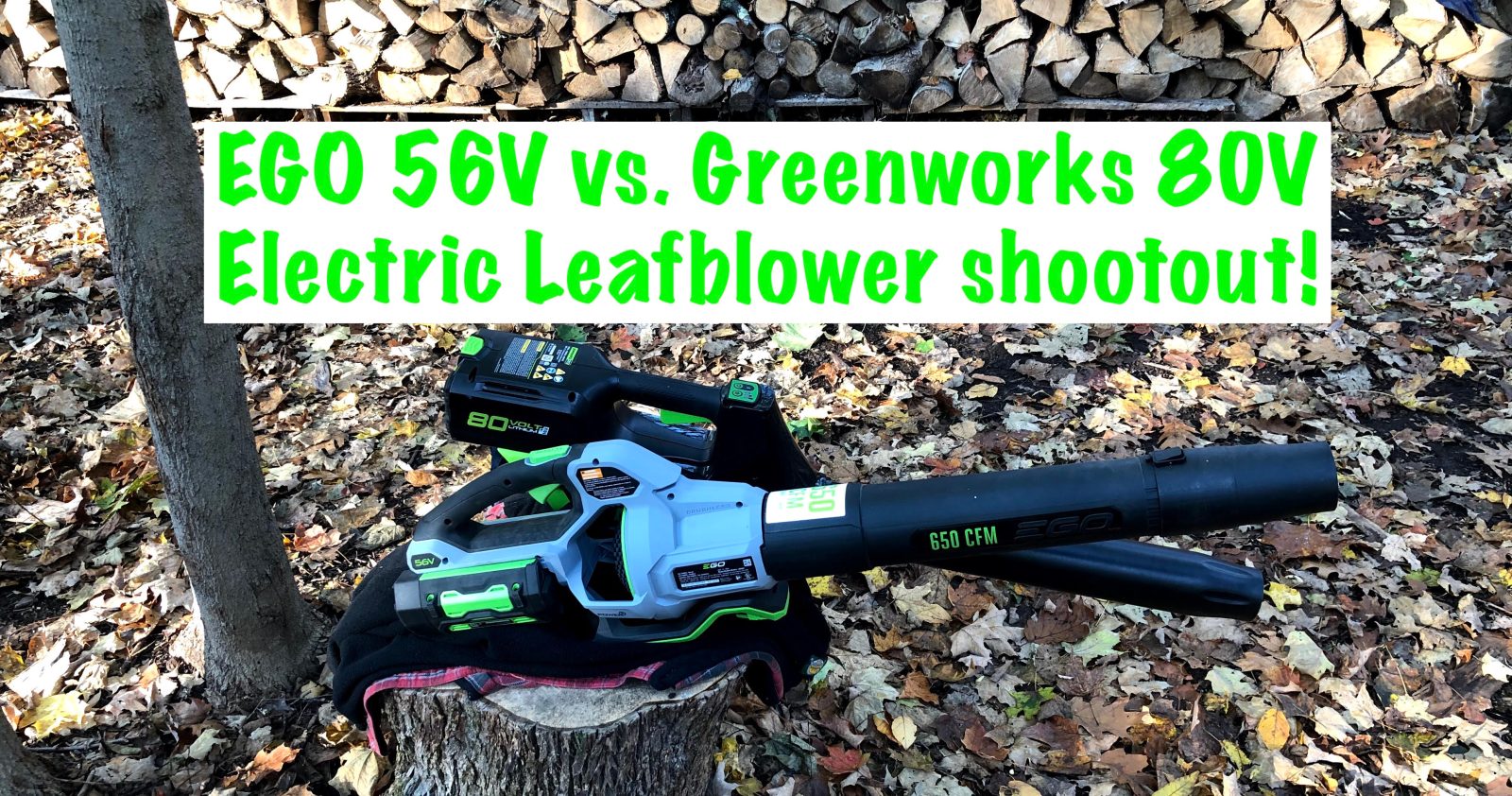 As more and more people are retiring their old gas-powered leaf blowers for superior electric alternatives, they are finding a growing number of brands with different power, capabilities, and price points.

A little background first. I’m in the Greenworks 80V battery ecosystem because I have a lawnmower and snowblower that use the same batteries. Since the Greenworks batteries are all compatible, I’ve since purchased an 80V chainsaw and weedwacker standalone — and didn’t have to purchase batteries. Sharing batteries make electric tools cheaper than gas. But also ties you into ecosystem silos, which can be frustrating if, for instance you wanted a lawnmower from a different brand than your weed wacker.

Overall, I like Greenworks products and particularly their electric drivetrains. The batteries and the charging system seem fine and have kept going at a similar charge capacity for years. The issues I’ve had with their products have been related to the durability of the parts, not the electric batteries or motor. Some problems I’ve had include a broken snow throw tube on the snowblower and a loose blade on the lawnmower.

This fall, I upgraded my 20V Black and Decker leaf blower with a Greenworks 80V that I saw on sale for a great deal from 9to5Toys / Electrek’s Green Deals. The B&D was fine for cleaning off the shop floor or the deck, but really wasn’t meant for yard work.

After doing some research and polling, my neighbor Dave opted to go for the EGO 56V leaf blower. We’ve been quite fond of EGO products here, reviewing the lawnmower very favorably. Anecdotally, other friends and neighbors also have had good experiences with EGO electric products.

EGO also has a robust battery ecosystem based around its 56V technology. The line includes many of the same mowers, hedge trimmers, weedwackers, etc. that Greenworks does, even a snowblower.

EGO has a 2.5A model that is only $220 which might have made a better comparison, to be fair.

56 vs 80 Volts aren’t as important here as is total watt output and watt-hours of storage. In this case, the higher voltage Greenworks has a lower output.

In terms of speed, air power is measured in Cubic feet/Minute or CFM and wind speed:

Dave tells me he gets over 30 minutes of usage with the EGO on normal but about half that with the turbo mode – which sounds about right. I get about 22/45 minutes of full power from the 2Ah/4Ah Greenworks which is a function of battery size and less overall output.

This morning we met to have a little showdown. He tried my Greenworks and I tried his EGO. Some notes after spending some time with each:

Our town has recently been flirting with a gas-powered leaf blower ban because people hate the noise, smell, and pollution that neighborhood residents are inflicting on each other. But there is concern that electric-powered leaf blowers can’t keep up with gas in either output or usage time.

As Tesla has shown in the automobile market, electric is superior to gas in these areas if designed well. This is true in leaf blowers as well.

Want more power? The ones we looked at today are equivalent to 40+CCs. Anything bigger gas powered requires a backpack. EGO and Greenworks both have backpack models too! Want to run longer? Just buy a few more batteries and pair them with fast chargers. Easy and not expensive, particularly when you consider the same batteries can be used for just about every yard tool. No trips to the gas station or garage/shed smells either. Also, what is the time to go to the gas station, mix oil, stink, pollute and noise worth?

So who won this battle of the neighborhood electric leaf blowers? Sadly for me, I’m going to have to give it to Dave, whose new EGO is now the toast of the town.