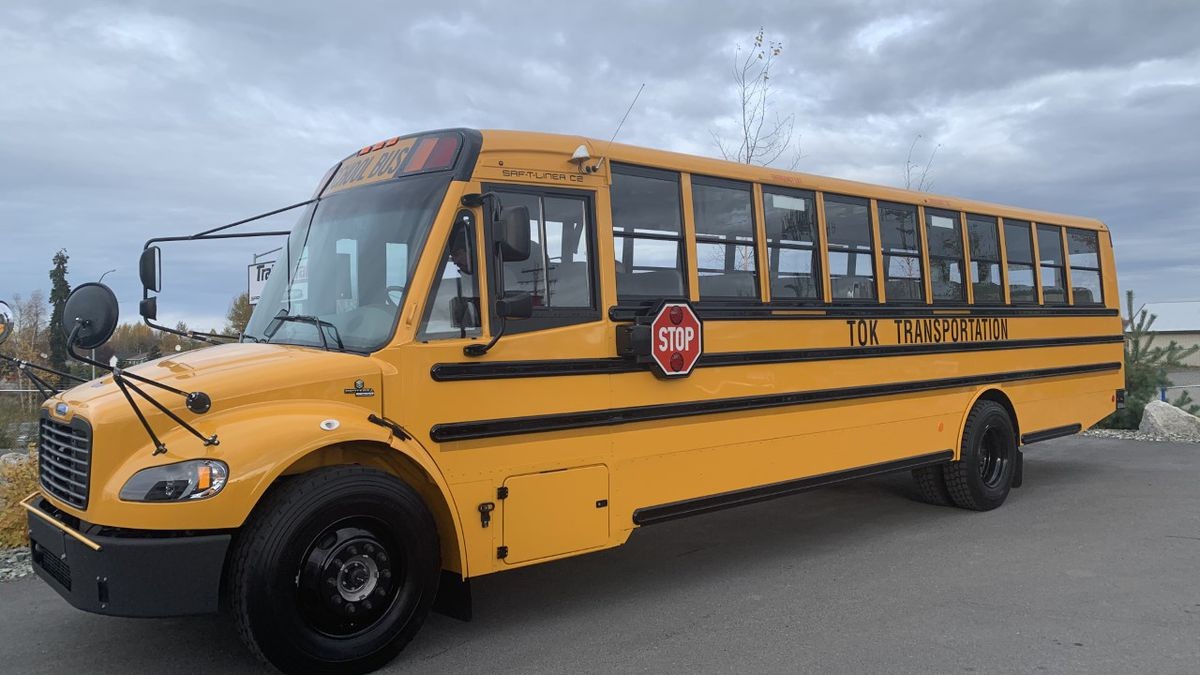 It’s an enormous state, but you gotta start somewhere: Alaska is getting its very first electric school bus, which was built by Thomas Built Buses in North Carolina.

The electric school bus is headed to the small town of Tok in the southeastern area of Alaska. Tok Transportation bought the bus with an Alaskan Energy Authority grant. It will replace one of seven diesel buses in the town’s fleet.

Tok Transport also used some grant money to put solar panels on the bus barn to boost its electricity (it will be kept indoors; it obviously gets pretty cold up there). Although electric buses currently cost more upfront, it costs 19 cents a mile to run an electric bus versus 54 cents a mile for a diesel bus. It’s expected to be on the road by next week.

Great to see a small town, with a population of just over 1,200, take the lead on a clean transport initiative like this.

I’d add to Blackard’s benefits that the massive emissions reduction as a result of using electric school buses is also a huge benefit to curb climate change.

Now… imagine all US school buses following the state of Virginia’s lead with a massive purchase of electric school buses over five years, as it announced in September 2019. Or even better… ALL buses, everywhere.