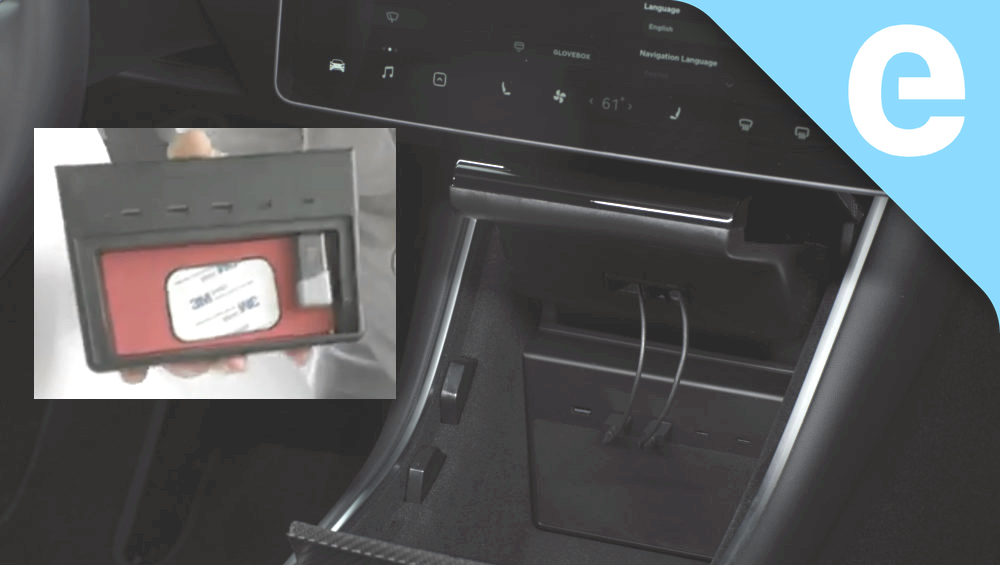 Tesla made a significant update to its phone-charging setup in Model Y by not only going to USB-C in the rear, but also adding a higher-power 19W USB-C PD port in the front. But with all the new features of Tesla’s constantly updating OS including USB Game controllers, USB TeslaCam and Sentry storage, and Qi charging, are just two USB ports enough? Of course not. And that’s why Jeda’s USB Hub is a must-have for any Model Y owner.

Coupon Code “Electrek” drops $15 off the price of the USB hub ($65) and anything on Jeda’s site using this link.

We’ve long used Jeda hubs and Jeda charging pads in our Tesla Model 3 and Model Y. With Tesla’s update to the 19W USB-C Power Delivery port in the Model Y (vs. the 2 USB-A ports in Model 3), it’s an opportunity for the company to offer more ports.

And just in time. Tesla keeps adding port requirements. For instance, Tesla owners absolutely need to pick up some Logitech Game controllers ($15 each for Prime Day) for gaming. But each one requires a USB-A port.

TeslaCam and Sentry mode HD videos both require a ton of digital storage space. I usually recommend at least 256GB ($30), but if you really want to store a lot of video, 1TB SSD is the way to go. Get two and use one for offline music storage to augment Tesla’s Tune-in and Spotify streaming services. You’ll also want it to be secure so that a thief who is in your Tesla can’t find the USB stick.

Then, of course, you need to plug in and charge your smartphones. If they charge via Qi, great, use the charging pad on the center console. Otherwise, you’ll need yet another USB port… or two.

All this is to say that Tesla’s two USB ports in the front are woefully inadequate. I’ve limped by on a USB-splitter/hub for the first months since the Model Y arrived. This weekend I got the Jeda Model Y USB Hub and the game is changed.

Jeda’s Hub has three USB-A (the rectangle traditional ones) as well as two USB-C ports on the front. Inside the secret door, there is an additional USB-A port for powering the remote USB storage.

Tesla’s recent update to the Model 3 includes a USB port in the glove box, and along with the new PIN to open it, provides safety for the USB drive that is recording the video. But if you have a current Model 3/Y, the best way to hide your USB drive is to hide it away behind the USB ports.

You can also hide some emergency cash, valuables, or even the Tesla Key cards (not recommended!) if you think you might lose your smartphone or it might run out of power. On the flip side, savvy crooks are going to know these types of things exist, so they might go looking for valuables, or at least a USB-drive, in this location.

The right USB-C port is just a straight passthru to the 19W USB-C port on the Tesla. That means you’ll want to do most of your charging here. You could run it directly into a Laptop/MacBook or iPad to keep the device topped up. Or if you need a fast charge, you can plug your iPhone or Android directly into this port and get close to the fastest charging speed possible.

More than likely, though, you’ll simply use the Qi dual wireless charging pad USB-C port. (Jeda also sells one of these that allows for landscape charging.) I got about 700mA per side measured on a Pixel 3XL. This is almost identical to the charging speed I was getting without the hub. This won’t quickly charge your smartphones, but will add charge at a reasonable rate.

That leaves a relatively small USB-A port running at 5V and 1A to run all of the other ports. That said, I was able to run two gamepads as well as record TeslaCam and Sentry mode videos.

Before installing, unplug your current USB devices. If you have a USB-Stick for recording TeslaCam/Sentry videos, simply move it into Jeda’s USB storage area. Unplug your wireless charger from the USB-C port if necessary.

As the video above shows, Jedas’ hub simply slides into place. As it doesn’t show, you’ll need to wiggle it around a bit. As the device I got was a prototype, Jeda told me they were going to tweak the design to make it slide in more smoothly.

Once it’s in, it’s on. There are no buttons to push. Now simply install all of your USB devices including game pads. Plug in your wireless charging pad to the USB-C port on the right (it won’t charge quickly on the left port).

Honestly, I don’t understand why Tesla doesn’t integrate this type of hub functionality into Model Y and Model 3 by default. TeslaCam and Sentry and even gaming is a core functionality of these cars, and having to hack a hub onto the car seems like a lack of forethought on Tesla’s part. With the upcoming update to Model 3, it looks like Tesla might be fixing this. For everyone else, there’s the very well built and functional Jeda Hub.

Coupon Code “Electrek” drops $15 off the price of the USB hub ($65) and anything on Jeda’s site using this link.