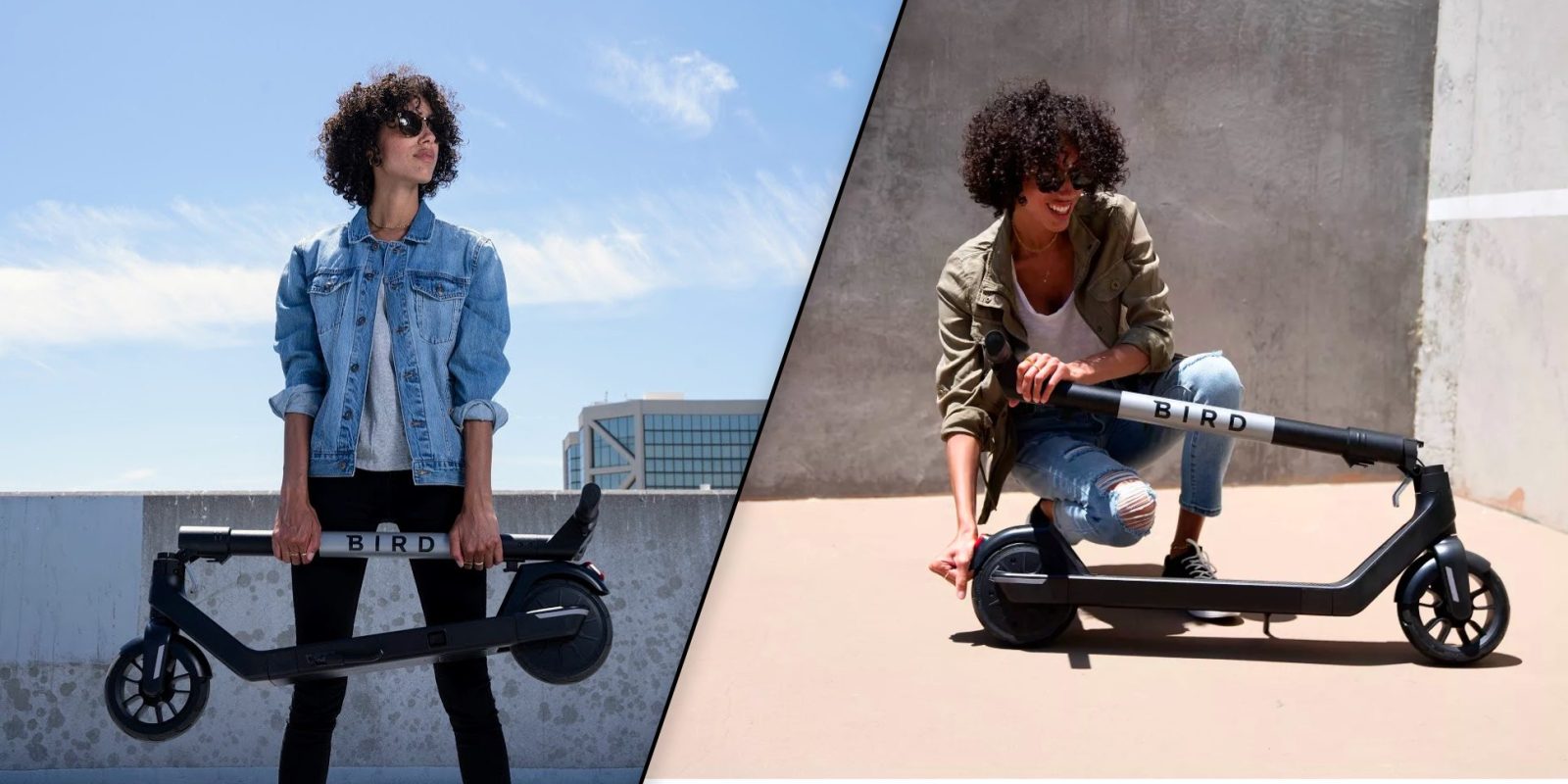 The Bird Air’s specs are fairly middle-of-the-road as well.

The scooter tops out at a speed of 16 mph (25 km/h). There’s no word on its motor power yet, but this level of scooter usually rocks a 250-300W motor, so we expect something similar on the Bird Air.

For battery capacity, the scooter features a 36V and 5Ah battery with 180Wh of capacity. Again, that’s about par for the course when it comes to budget electric scooters. Bird says it should be enough for 15.5 miles (25 km) of range.

The Bird Air rides on semi-solid tubeless tires, which the company says are virtually flat-free.

The 30 lb (13.6 kg) scooter can support riders weighing up to 220 lb (100 kg). That rather lightweight design is helped by the aircraft-grade aluminum frame construction.

There aren’t too many other bells and whistles on the bike, though you do get front and rear LED lighting and a smartphone app via Bluetooth connection as well. And Bird claims that the scooter holds more than 30 US and international safety certifications, which they also say is more than any other scooter, so it certainly has that going for it.

Bird Air was born out of the groundswell of support we’ve seen this year for modeshift and micromobility as individuals increasingly demand sustainable, socially distant transportation alternatives for their active lifestyles. While shared electric scooters like our Bird Two are one critical piece of the puzzle, personal vehicles such as Bird Air extend the reach and accessibility of micromobility to a much broader audience, meaning more people on two wheels and fewer people in cars.

Those wanting to grab their own Bird Air can pick one up either on Bird’s site or at Target, where they’ll find it in either black or silver color options.

This isn’t Bird’s first retail scooter. The company previously unveiled the Bird One, a more robust electric scooter that the company currently sells for just under $1,000.

But the Bird Air is no doubt aimed at more price-sensitive riders who may have been swayed toward purchasing their own retail electric scooter instead of buying or renting a Bird Scooter.

And the math makes sense. See below.

Here’s how I figure it: Even though I don’t ride Birds much, I occasionally make use of the convenient little scooters littered around my city.

On average, I find my trips costing around $3-5, depending how far I go.

That’s fine for a once-in-a-while trip. But many people commute by electric scooter every day, taking advantage of the nimbleness and portability of the small EVs. That would add up to around $180-$300 per month for me at rental scooter prices. If I was a daily scooter rider, I’d probably realize that I could buy myself a GoTrax electric scooter for barely more than a month of Bird scooter rentals, and then the scooter would be mine to ride whenever I wanted!

But if Bird can horn in on that action with their own lightweight, low-cost electric scooter for only a small premium over their main budget-level competitors, it just might be able to take back some of that lost market share.

Or at least that’s what I assume they’re thinking.