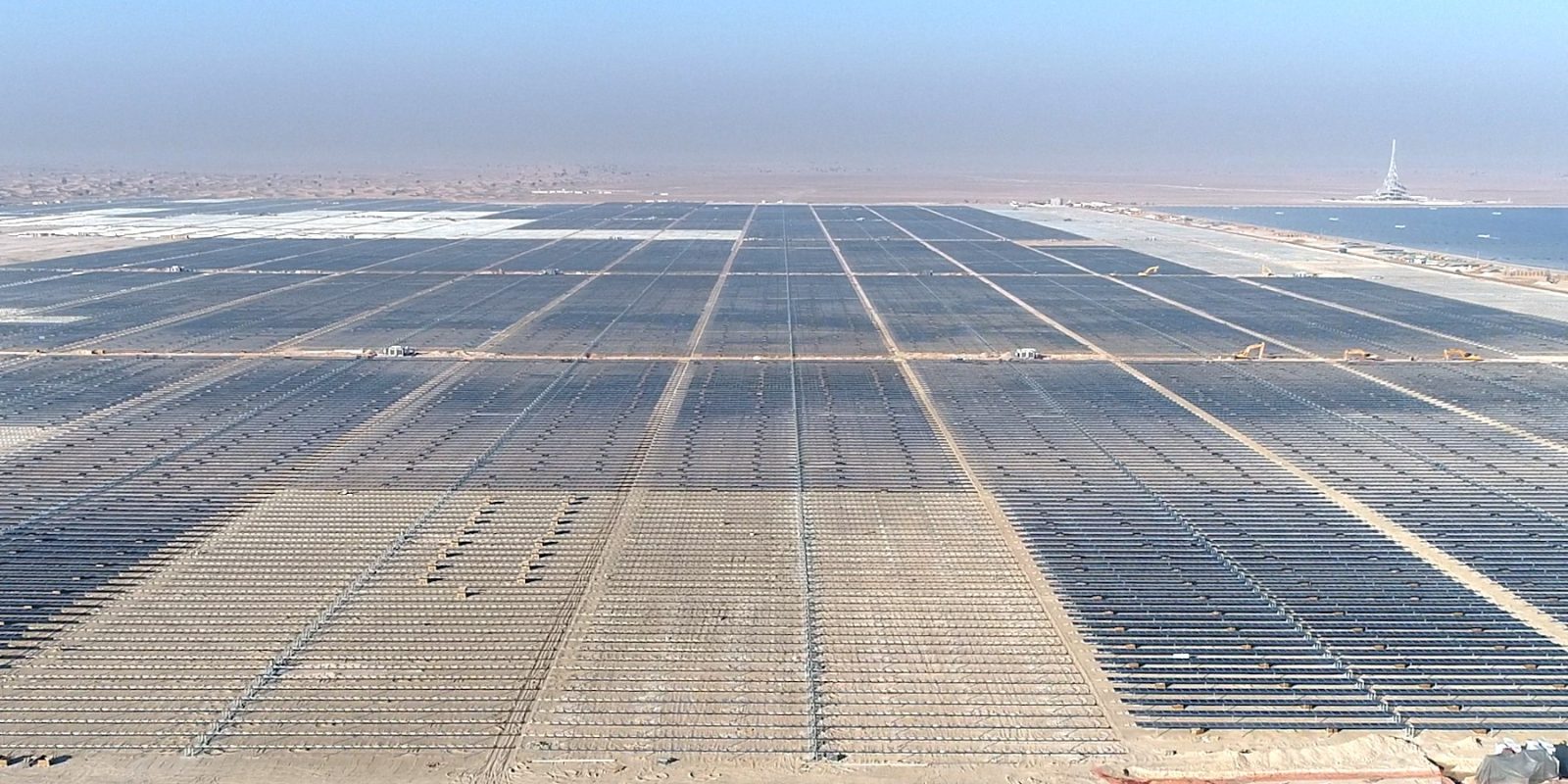 Financed for USD $564 million, the Dubai Electricity & Water Authority (DEWA) is currently entering phase five through ACWA Power. The solar park, which is 31 miles (50 km) south of Dubai, has a planned production capacity of 1 gigawatt for phase five and 5 gigawatts in total. It was commissioned in 2013 and is expected to be completed next year.

This is an important project for all companies, to help accelerate lower-cost renewable power for all communities. My children are concerned for their children with devastating pollution caused by recent California fires — I am also personally dedicated to this work to provide solar power at affordable cost to all consumers.

The park is the centerpiece of Dubai’s Clean Energy Strategy.

BeHydro, a joint venture between Belgian-based ABC and CMB, has launched the first hydrogen-powered dual-fuel engine with a capacity of 1 megawatt. Engine builder ABC and container shipping line CMB’s engine runs on a much higher proportion of hydrogen than previously achieved: Up to 85%, with the rest standard Marine Gasoil. Larger engines of up to 10 MW can also be produced.

This opens up a faster and cheaper decarbonization pathway for the shipping sector and dovetails with the EU (and impending UK) Green Deal strategy that prioritizes green hydrogen.

Green hydrogen is achieved when an electrolyzer, which uses electricity to break water into hydrogen and oxygen, is powered by green energy such as wind or solar instead of fossil fuels.

The European Parliament this week voted in favor of including international shipping in the EU Emissions Trading Scheme. This would apply a carbon price (currently around €25-30 per tonne of carbon dioxide) on all ship voyages via EU ports, from 2022. Part of that revenue will go into a fund to incentivize the uptake of fuels like green hydrogen.

BeHydro has already received its first order for 2 x 2 MW dual-fuel engines that will be installed on board the HydroTug. This vessel is the very first hydrogen tugboat in the world, and will be deployed by the Port of Antwerp.

European Commission president Ursula von der Leyen has called for the EU to cut emissions to at least 55% below 1990 levels by 2030 in her State of the Union report. She pledged to use green bonds to finance its climate goals.

Von der Leyen said ambitious action on climate could create millions of jobs and aid Europe’s recovery from the pandemic.

Von der Leyen knew her call would not be universally celebrated. She said:

I recognize that this increase from 40 to 55 is too much for some, and not enough for others.

Poland, which is the only EU country to not have yet pledged to achieve net zero by 2050, complained that the EC had not delivered a plan for the new target. But the commission will publish analysis today on the steps needed to deliver the goal. It will include huge investments in transport and energy.