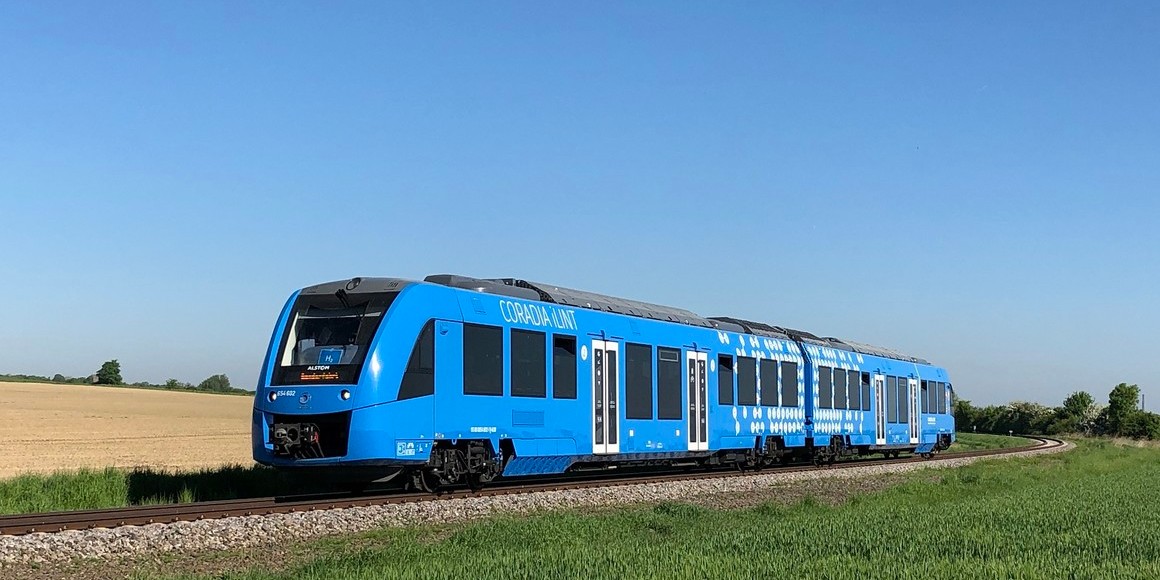 The station has a daily capacity of approximately 1,600kg of hydrogen, and it will replace the current mobile filling station, according to Railway Technology.

Construction is expected to start in September, and the station’s completion is planned for mid-2021.

Germany rolled out the world’s first hydrogen-powered Coradia iLint trains, built by French TGV-maker Alstom, in September 2018, in Lower Saxony. The first two trains completed their 18-month test phase in February. They can run for around 600 miles on a single tank of hydrogen. The region is expected to add 14 more hydrogen trains from 2021.

Hydrogen trains are more expensive to buy than diesel, but cheaper to run — and of course, much better for the environment. The Guardian explains how they work:

Hydrogen trains are equipped with fuel cells that produce electricity through a combination of hydrogen and oxygen, a process that leaves steam and water as the only emissions. Excess energy is stored in ion lithium batteries on board the train.

The ‘supergroup’ of green energy

Oil giant Shell and Dutch utility Eneco have won the tender to build a super-hybrid offshore wind farm in the Netherlands. It will consist of two sites located 11.5 miles (18.5 km) off the west coast, near the town of Egmond aan Zee.

The Shell/Eneco consortium, CrossWind, will build the Hollandse Kust (noord) project. They will pair the offshore wind farms with floating solar facilities and short-duration batteries. It will also generate green hydrogen via an electrolyzer, according to GreenTech Media.

Hollandse Kust (noord) is expected to be operational in 2023 with an installed capacity of 759 MW, generating at least 3.3 TWh per year.

Offshore wind will play a pivotal role in the worldwide energy transition. It will also be another important next step in our ambition to become a net-zero emissions energy business by 2050 or sooner, in step with society.

The Netherlands intends to reach around 11 GW of installed offshore wind capacity by 2030, and Shell wants to build a green hydrogen plant in Rotterdam.

North Dakota will spend $66 million to plug abandoned oil and gas wells as a result of the pandemic fossil-fuel crash. The North Dakota Oil and Gas Division is undertaking the project.

The money will be provided by the Federal Coronavirus Aid, Relief, and Economic Security (CARES) Act.

“Well plugging is expected to sustain more than 600 oil and gas service sector jobs, with 300 to 500 additional jobs managing reclamation of the sites,” according to North Dakota’s Department of Mineral Resources. The Department continues:

This project will keep skilled workforce in the state and our neighbors who invested in starting oilfield service companies in business. When fully and properly reclaimed, the wells and sites that have already been confiscated as a part of this process will return over 2,000 acres of land to farming, grazing, or personal use for North Dakota surface owners.