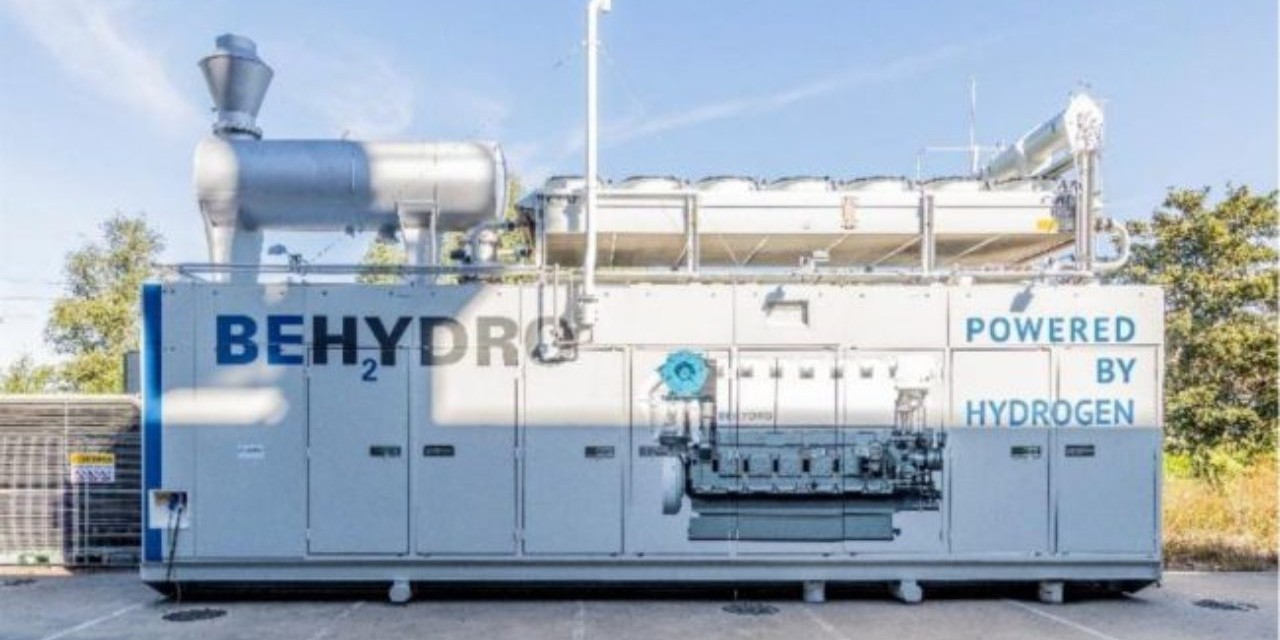 The first hydrogen-powered dual-fuel engine with a capacity of 1 megawatt has been launched by BeHydro, a joint venture between Belgian-based ABC and CMB.

Engine builder ABC and container shipping line CMB’s BeHydro engine runs on a much higher proportion of hydrogen than previously achieved: Up to 85%, with the rest standard Marine Gasoil. Larger engines of up to 10 MW can also be produced.

This opens up a faster and cheaper decarbonization pathway for the shipping sector and dovetails with the EU (and impending UK) Green Deal strategy that prioritizes green hydrogen.

Green hydrogen is achieved when an electrolyzer, which uses electricity to break water into hydrogen and oxygen, is powered by green energy such as wind or solar instead of fossil fuels.

The European Parliament this week voted in favor of including international shipping in the EU Emissions Trading Scheme. This would apply a carbon price (currently around €25-30 per tonne of carbon dioxide) on all ship voyages via EU ports, from 2022. Part of that revenue will go into a fund to incentivize the uptake of fuels like green hydrogen.

In its first phase, 100 hydrogen-powered engines can be produced annually. And even better, BeHydro is developing a fully hydrogen engine that will be ready by the second quarter of 2021.

BeHydro has already received its first order for 2 x 2 MW dual-fuel engines that will be installed on board the HydroTug. This vessel is the very first hydrogen tugboat in the world, and will be deployed by the Port of Antwerp.

A 1 MW BeHydro hydrogen-powered motor can supply green electricity to 3,000 families in Belgium. It reduces CO2 emissions by 3,500 tons per year. It can also be used to convert 13,600 diesel locomotives in Europe to hydrogen. It can produce as much energy as one wind turbine of 3 MW or 36,000 solar panels.

The shipping industry now has to step up to the emissions-reduction plate in Europe, and it helps to give it the tools to do so. The buried lede in this story is that BeHydro is developing that fully hydrogen engine that will be ready next year.

All sources of green energy have their supporters and detractors, but every innovative step to reducing emissions in power generation is worth celebrating.