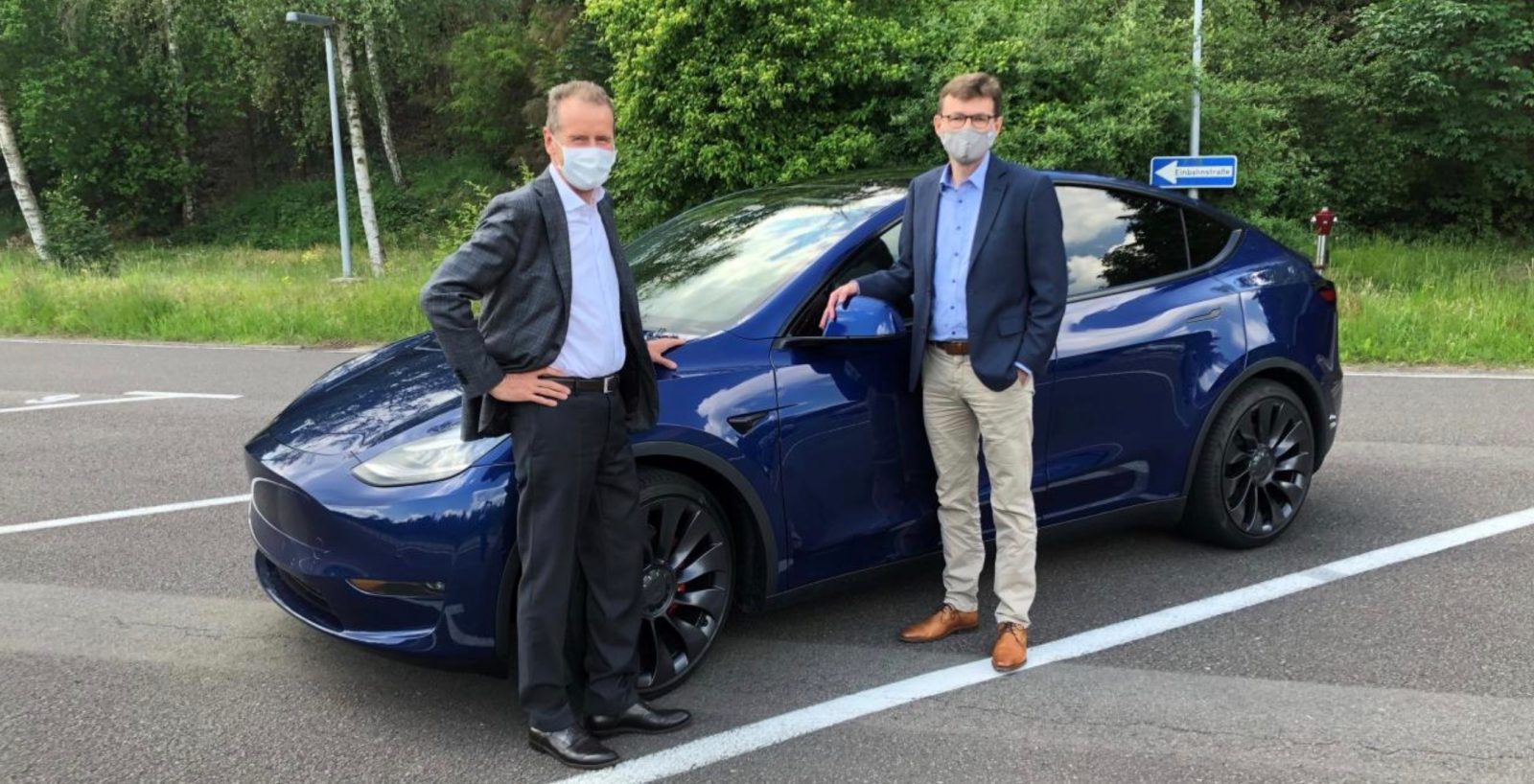 VW CEO Hebert Diess revealed that after having Elon Musk test drive the ID.3, he himself test-drove the Tesla Model Y, which he says is a “reference” car for the German automaker.

Much has been said about the meeting between Tesla CEO Elon Musk and VW Hebert Diess last week.

Yesterday, the latter confirmed that there’s no deal in the making between the two automakers and that it was basically just Diess checking out Musk’s latest electric car.

Today, Diess added that he test-drove Model Y, and he had this to say:

Of course I also tested a Tesla Model Y — with my colleague Frank Welsch. This car is for us in many aspects (not in all!) a reference: user experience, updatability, driving features, performance of the top of the range models, charging network, range.

He shared the following image from his Model Y test drive:

It’s not the first time that Diess has praised Tesla, especially when it comes to the user experience and software updates.

VW has had issues with the ID.3’s software, which is rumored to have been part of the reason why the German automaker started production of the electric car last year and is only now about to deliver it.

The head of Volkswagen also implemented what he internally called the “Tesla catch-up plan” in order to close the software gap between the German automaker and Tesla.

In his comment about the Model Y test drive today, Diess also added a slight criticism aimed at automakers who don’t build their electric cars from the ground up:

Big advantage: Model Y was/is thought through as an electric car — as is the ID.3. Many of our competitors still using their ICE platforms. The result: They aren’t getting the best EVs.

For a long time, many automakers would retrofit existing vehicle platforms to make electric vehicles.

VW itself did it with the e-Golf and it is only now moving to an electric-only platform called MEB.

Most other automakers are going with the same approach except for a few who are instead betting on a multi-powertrain platform that supports gasoline engines, hybrid, and all-electric powertrains.