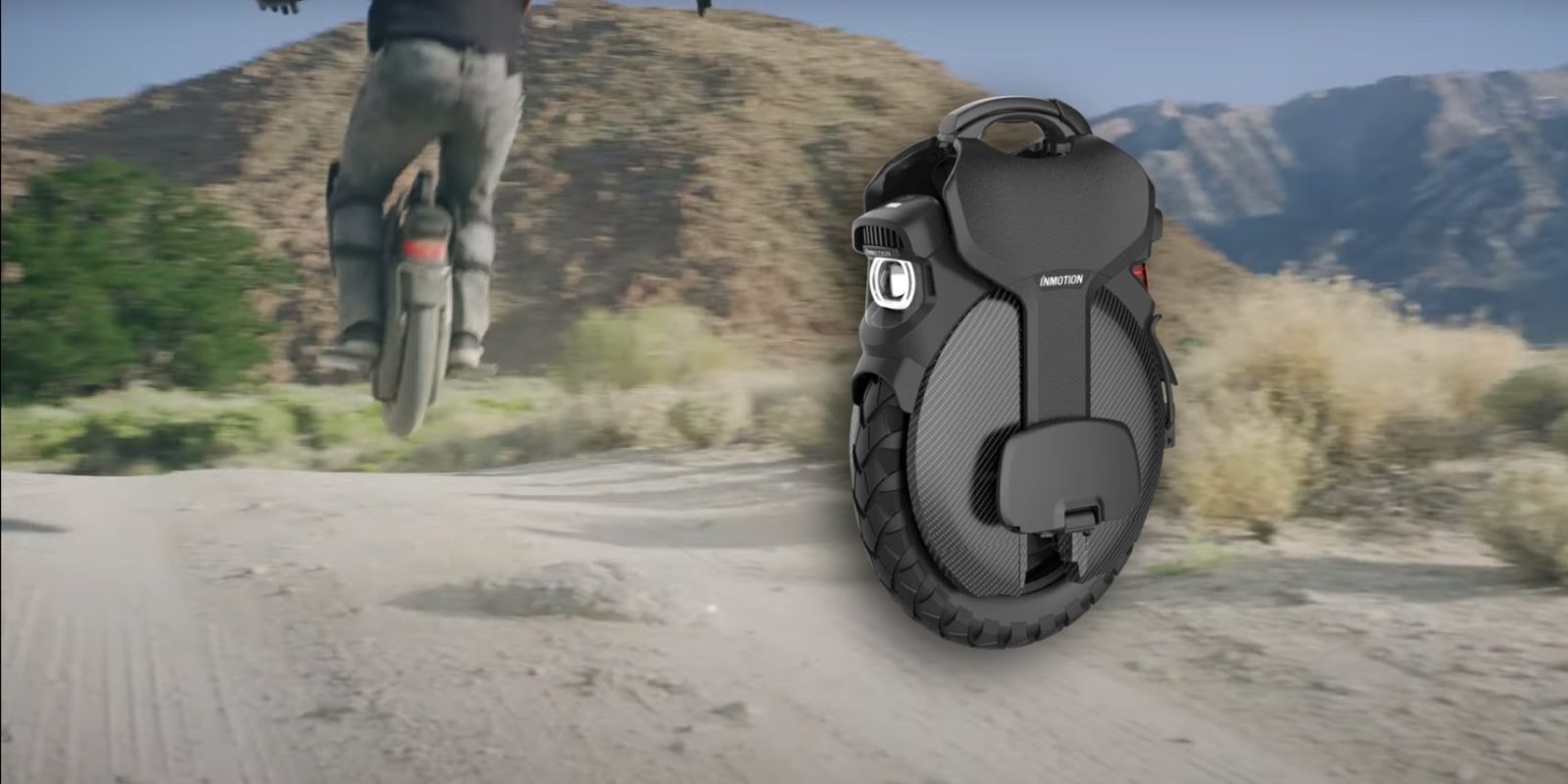 The InMotion V11 takes the general concept of an electric unicycle and then ratchets the insanity up to “11” with a gigantic motor and true air suspension.

The InMotion V11 electric unicycle was first announced in April of this year.

While a 35 mph (56 km/h) electric unicycle might sound like an April Fool’s joke, this is apparently the real deal. So real, in fact, that we’re now getting to see the epic electric unicycle in action, thanks to a slick new off-road riding video.

The video was produced by the Electric Unicycle Collective, a brand-agnostic group working with several electric unicycle companies to help spread the world about electric unicycles and their benefits as both recreational and commuter vehicles.

Check out their video below to see the InMotion V11 electric unicycle (and to be fair, also its skilled rider) hitting some epic terrain on just one wheel. Not only is he taking jumps like a pro, but the electric unicycle can be seen climbing hills that I’d likely struggle to climb on some of my electric bikes.

I’ve ridden electric unicycles before and can confirm that they aren’t just toys like some people make them out to be. They’re actually really convenient commuter rides — at least once you learn to ride them. They can travel at e-bike and e-scooter speeds, yet are much smaller and more portable.

The learning process requires a bit of brain plasticity, but once it clicks, the ride can actually feel quite natural. I even made a video of my learning experience to hopefully help others as well.

The InMotion V11 is not a beginner electric unicycle, though. It is marketed as having a 2,200W nominal motor, but actually peaks at well over 3,000W of power. And with an 84V battery packing 1,500 Wh of capacity, this high-power electric unicycle has a range of up to 75 miles (120 km).

It also includes some advanced features such as full suspension (is it called “full suspension” when there’s only one wheel?) as well as automotive grade lighting, and even active air cooling for that powerful motor and controller.

Of course this isn’t a cheap electric unicycle either, priced at $1,999. Though good luck finding a 3,000W electric bicycle for that price!

For those looking to keep things a bit more economical (or just not destroy yourself by learning on a hot rod of an electric unicycle), I can recommend the $899 InMotion V8, which is like the baby brother of this epic electric unicycle. It was a great wheel to learn on when I reviewed it, and is a much more affordable (and less intimidating) way to learn to ride an electric unicycle.