Can a totaled Tesla Model 3 win Pikes Peak? With some help — maybe 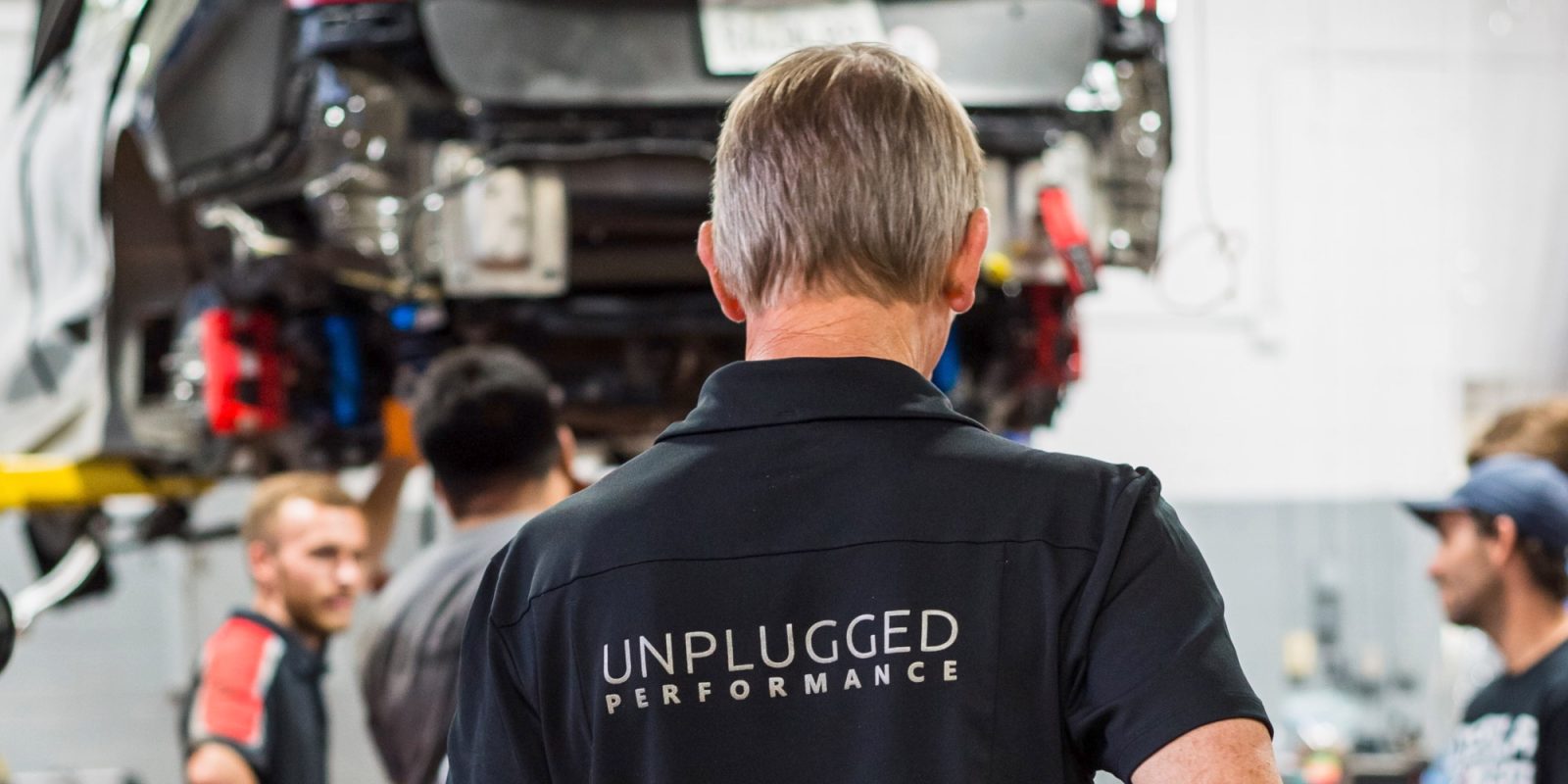 Unplugged Performance, a premium performance upgrade company for Tesla vehicles, will re-enter the Pikes Peak International Hill Climb after their Model 3 crashed during a practice run. The car will likely be declared totaled, after suffering damage to a variety of drive and suspension components (list below). The team is currently scrambling to finish the car in time for re-inspection before official clearance to race again.

Unplugged Performance is going through their own version of Rocky III. You may recall Rocky, the reigning boxing champ, being knocked out by Clubber Lang and then being forced to find motivation and true allies needed to fight again.

Unplugged Performance has been preparing feverishly for Pikes Peak. In a short time, they bought a new Model 3, fit it with their custom parts, and afforded practice time for their star driver, Randy Pobst. Unplugged Performance is out to prove their tuned performance additions can turn any Model 3 into a race-capable vehicle.

Things were looking up, until they weren’t.

The team scored an impressive record-breaking time at the Laguna Seca track not long ago, and set an impressive Pikes Peak qualifying time of 4:15. However, during practice, the team suffered a demoralizing blow when driver Pobst engaged in “a rookie mistake.”

Pobst lost control entering an area of the track called the “bottomless pit.” The tuned Model 3 slammed into a barrier, dove into a gravel ditch, and slid up the mountain about 10 yards. Pobst walked away with no injuries. The front and rear ends of the car were smashed, the drive unit was showing signs of being caved in, and many presumed the car to be totaled. With the car loaded on a flatbed truck, the team held their heads low, and their spirits were lower. Still in race uniform and standing on the mountain, Pobst reflected:

In racing, the highs are high, and the lows are low.

Ben Schaffer, president of Unplugged Performance, got to work. After seeing the damage and possibilities, he and the team decided to rebuild and re-enter the race. Schaffer reached out to Eurocars Collision Center in Colorado Springs for help. He reached out to Tesla of Denver. He reached out to his own team in California, to fly to Colorado with parts in hand on the plane. Calling in favors, paying overtime, overnight shipping, all nighter repair work… whatever it takes. Starting just yesterday afternoon, Schaffer spent hours on the phone, pooling resources from across the West to assist in the rebuild, and it’s happening.

Engineer Eddy Castelan compiled a frenzied list on his phone of the needed replacement parts, which he shared with Electrek:

The team expects to turn out a race-ready car in just 48 hours.

How much will it cost?

At the time of writing this article, the team is at work stripping another new Tesla Model 3 Performance model, with the intent of replacing key suspension and drive components. Their plan is to harvest necessary pieces out of the new car and transplant them into the existing race car. This rebuild will be costing Unplugged Performance about double their initial investment into the race. For reference, Tesla’s site lists the price of a Model 3 Performance as $54,990. However, cost isn’t the only factor.

Despite the loss of Rocky’s trainer, he rallied a true friend in Apollo Creed, trained in a totally new way and went on to win against Clubber Lang. After the crash, very few people imagined Unplugged Performance would even attempt to re-enter (just ask the folks in the comments). Now Unplugged Performance is not only proving their performance parts, they’re proving they can rebuild against the clock, and race against the odds.

When commenting on this trying endeavor, Schaffer said:

In some ways this is more satisfying than the race. It’s not about driving fast anymore, it’s about overcoming even bigger obstacles. I think perseverance, to me, is more special than speed.

In conclusion he said:

Never give up, ever.