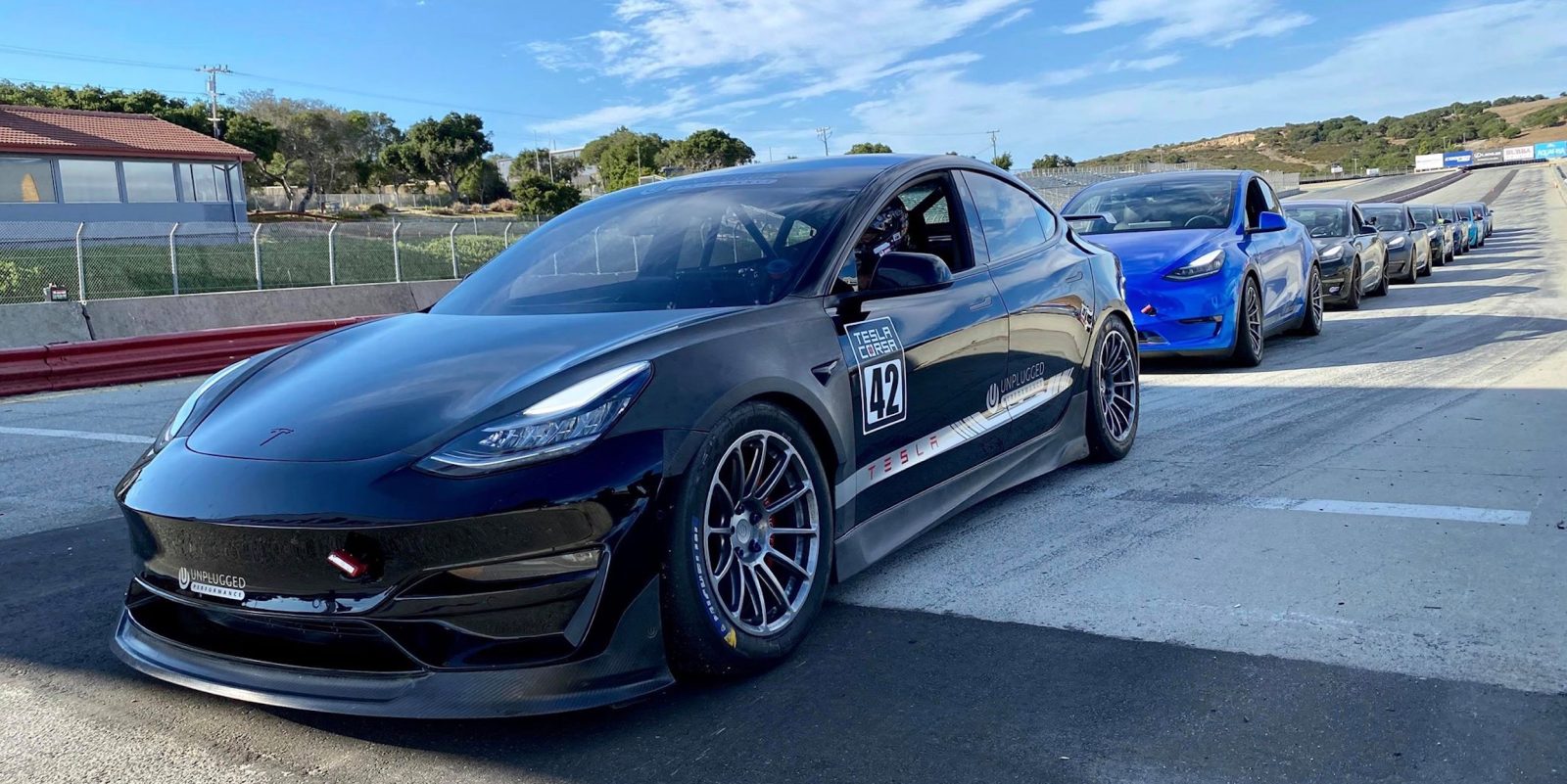 The Model S in question was actually a prototype vehicle equipped with an early version of Tesla’s tri-motor ‘Plaid’ powertrain.

They completed a lap in 1:36.55 with the prototype electric vehicle.

Tesla is supposed to release the Model S Plaid version later this year, but others are pushing for similar performance in the meantime.

They already broke a record with the car at the Buttonwillow race track and they have their sight set on the Pikes Peak hill climb at the month, but they decided to do a quick stop at the Laguna Seca raceway for Tesla Corsa 10.

It turned out to be a surprisingly productive weekend since Pobst managed a 1:35.79 lap, beating the Model

“Our expectations at Laguna Seca were simply to validate the car with Randy and to make sure we are safely dialed in for Pikes Peak. It definitely shocked us all when we beat the lap time of the mighty Plaid Model S prototype in our Model 3. The crazy thing is that we still have a lot of additional modifications being prepared and we’ve not come near the car’s full potential with our upgrades yet!”

He shared a few pictures of the modified Tesla Model 3 Performance from the event:

As you can see, for this Tesla Corsa, which is a series of track day organized by Unplugged for Tesla owners to experience the full performance of their vehicles in a safe environment, Tesla helped out and supplied its mobile Supercharger station powered by Powerpacks to charge cars at the event.

Now Unplugged Performance is taking the car to Pikes Peak to try to break more records.

You can read more about the Unplugged Performance Ascension package for Model 3 in our previous report about the car.