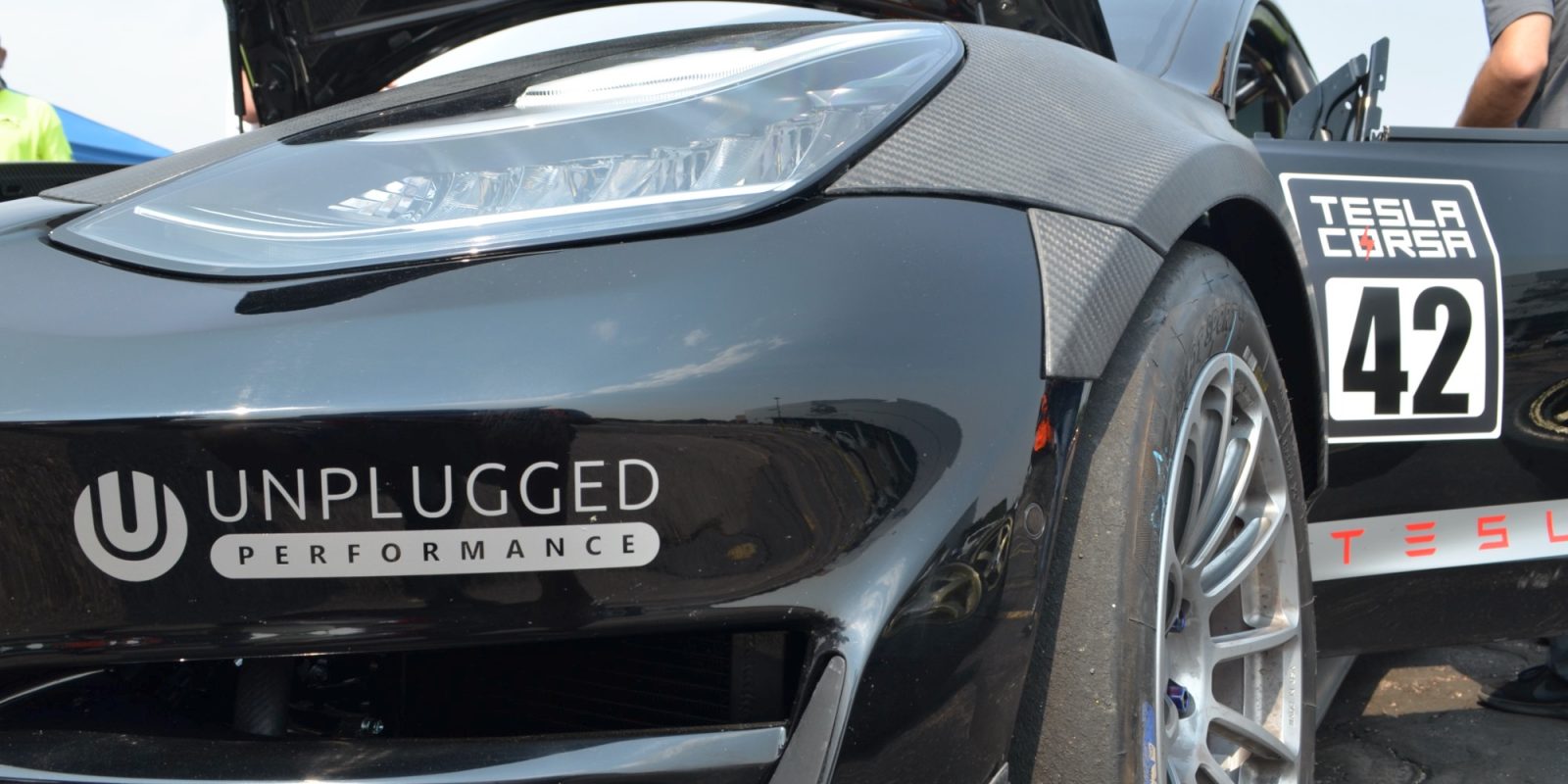 If you have been following Unplugged Performance and their track-ready Model 3, then you know they were aiming to test their car on the ultimate challenge: Pikes Peak International Hill Climb. If you are new to Pikes Peak, it is the motorsport equivalent of a triathlon.

We interviewed the team ahead of the race, asking about their modification, expectations, and their reason for entering the exhibition.

In Pikes Peak, both man and machine are put to the ultimate test…. 156 life-threatening cliff edge turns while the elevation climbs to a whopping 16,000-ft, choking the drivers’ oxygen and decision-making skills.

The weather is bi-polar; changing from hail, hot heat, rain, and snow. And the cars suffer too! Lack of airflow to the engine, coolant runs thinner, horsepower crippled, oil viscosity changes, overheating, etc.

OK, if you haven’t caught on by now, an electric car would be a wise choice, since the electric motor doesn’t suffer from the altitude at all. It’s almost a match made in heaven, and the perfect place to showcase your performance parts and modifications for Tesla.

Unplugged Performance is not just breaking lap records like the ones at Laguna Seca, but they are looking to show what Tesla performance is capable of with the right technology and modifications. Their Model 3 is impressive, effective, and clean, just the way Musk would want it.

Unplugged Performance is even are located near Tesla’s Los Angeles design studio. The next natural step for them might be to become the official in house tuning company for Tesla; similar to AMG for Mercedes or Mopar for Chrysler. With the way things are going, that’s not a far stretch… Pikes Peak may be the only hurdle left to stand in their way.

However, the main reason for entering the race this year is to spread awareness and sell parts. These are real parts and modifications you can add to your very own Tesla, and they want you to know where you can find them and what they can do. Unplugged Performance prides themselves on uncompromised performance. Uncompromised in the sense that your race car should be able to have all the plush features of a full interior and air conditioning.

Sadly, this Model 3 has had its interior gutted to make room for the large safety roll cage. Pikes Peak has had so many cars fly off the cliff, that roll cages are now a requirement for racing.

We will continue our coverage of Unplugged Performance and let you know how they fare both in the race, and beyond.