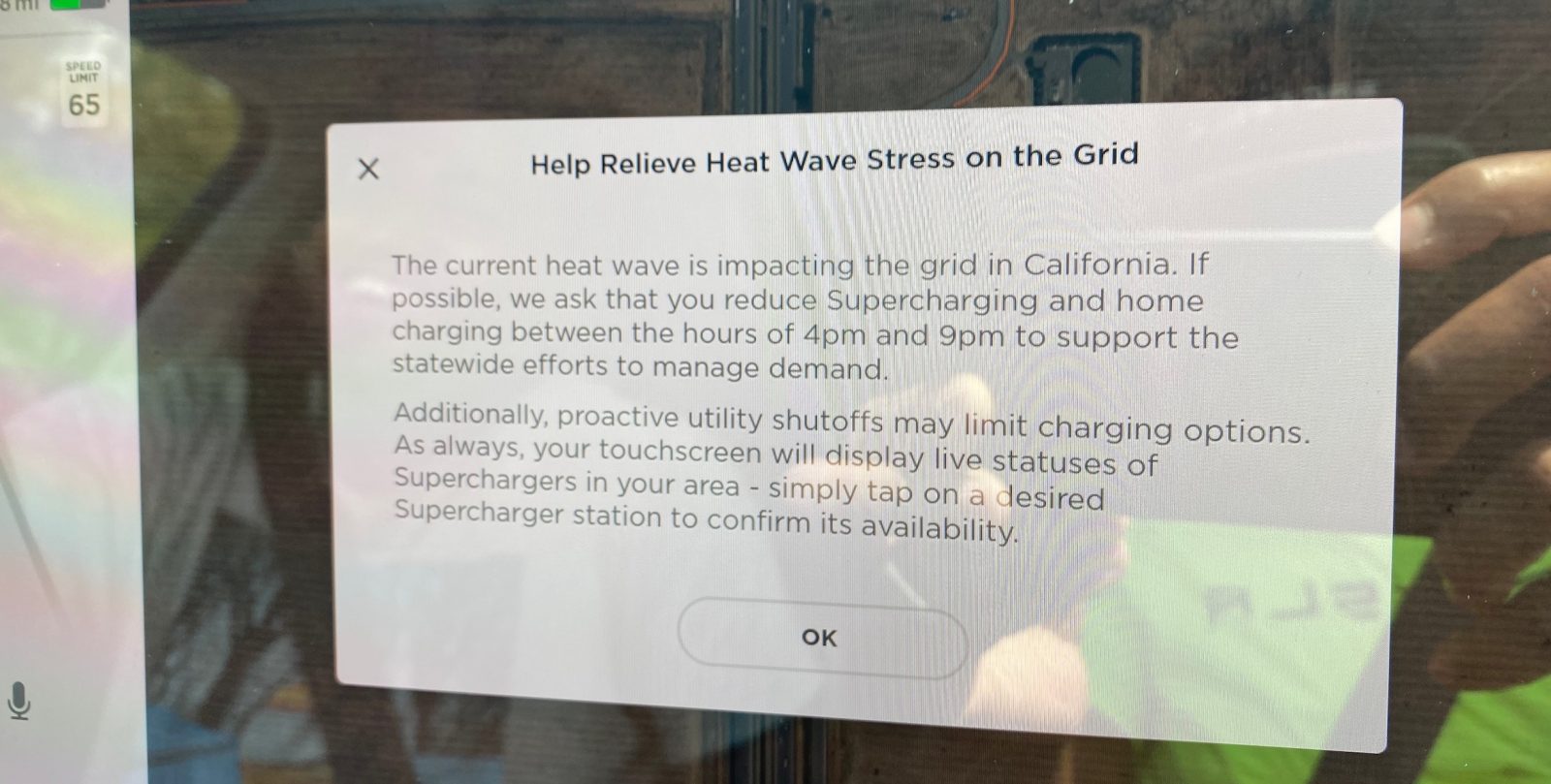 Tesla is using its connected cars to ask owners to help “relieve ‘stress on grid” during the heat wave in California by changing their charging habits if possible.

In the past, Tesla has used the connectivity inside its vehicles to send warnings to owners in critical events or help them out with free Supercharging or even extra range.

“The current heat wave is impacting the grid in California. If possible, we ask that you reduce Supercharging and home charging between the hours of 4pm and 9pm to support the statewide efforts to manage demand.”

During heat waves, electricity demand spikes up mainly due to air conditioning running at full power and it increases stress on the grid.

With the current heat wave in California, it is such a problem that electric utilities are preemptively shutting down power to help maintain the grid.

In the same message, Tesla warned that this might affect Supercharger stations:

“Additionally, proactive utility shutoffs may limit charging options As always, your touchscreen will display live statuses of Superchargers in your area – simply tap on a desired Supercharger station to confirm its availability.”

In California, some electric utilities offer time-of-charge rates under which electric car owners can charge their vehicles at night for less.

Therefore, many owners are already following Tesla’s guidance, but with the size of Tesla’s fleet in California, if more owners stay away from charging at peak hours, it can make a big difference.

Tesla has been exploring controllable load as a service to the grid as its fleet grows to millions of vehicles.