New Zealand-based rugged electric utility bike company UBCO has expanded its push across Europe after finding success in the Australasia region as well as the US. And as part of the expansion, UBCO isn’t just preparing to increase its product line, it’s also increasing its leadership team as well.

As Tierney explained in a call with Electrek, as CMO he will be drawing on his experience gained from scaling his three successful startups and his career spanning product design to marketing. His main roles will include expanding UBCO’s direct-to-consumer sales for private riders and delivery workers, expanding UBCO’s larger fleet sales, and fundraising. The company has already closed a Series A round of fundraising and is looking toward a Series B round this year.

After conquering the Australasia region and more recently entering the US market, UBCO’s latest expansion includes new distributors in Denmark, Sweden, and Spain. Those distributors join the ranks of UBCO’s existing presence in the UK, Switzerland, Netherlands, and Lithuania.

UBCO’s most iconic product is its 2X2 all-wheel-drive electric utility bike. Featuring dual hub motors and full suspension, the UBCO 2×2 is designed for the harshest work environments across New Zealand. It is the epitome of the practical farm bike designed for rough terrain. The 2X2 is now on its fifth generation and is also available in street-legal forms that have been homologated in Australiasia, the EU, and the US.

In addition to finding favor with consumers for use on farms and trails, the ultra-rugged design has made the 2X2 well-positioned for fleet vehicles.

Neil also described a few other electric vehicles that UBCO is currently developing.

For riders who want the utility of the 2X2 but in a format that is e-bike regulation-friendly, the UBCO 2×1 will fit the bill. It is being developed as an electric cargo bike with a three-dimensional sub-frame and an enclosed mid-drive motor. Plus pedals, of course. These types of electric utility bicycles are becoming quite popular, though UBCO’s design sounds like it will be a few levels above the competition, including offering components like roller brakes, internally geared hub, and internal cable routing.

The company is also working on an UBCO 4X4, which will be an ATV or buggy-type vehicle that removes much of the traditional complications found in ATVs. Neil claims that it will be one of the simplest vehicles in its class. It will also use the same powertrain as the UBCO 2X2, meaning the batteries can be swapped between the two, with multiple batteries powering the larger UBCO 4X4. 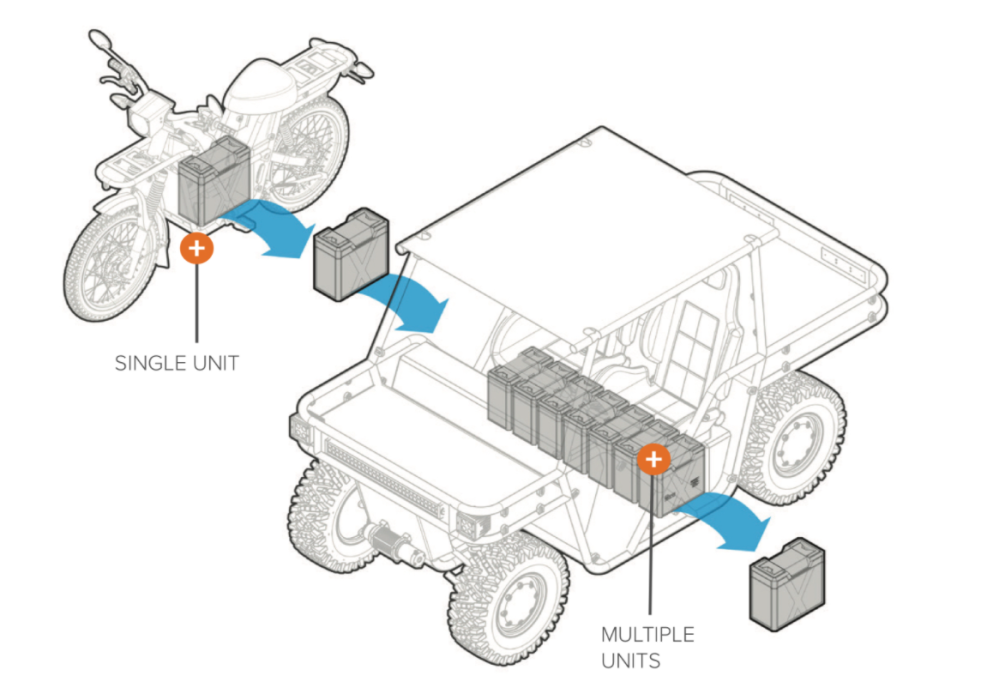 As the utility electric vehicle market continues to grow, expect UBCO to occupy an important seat at the table.