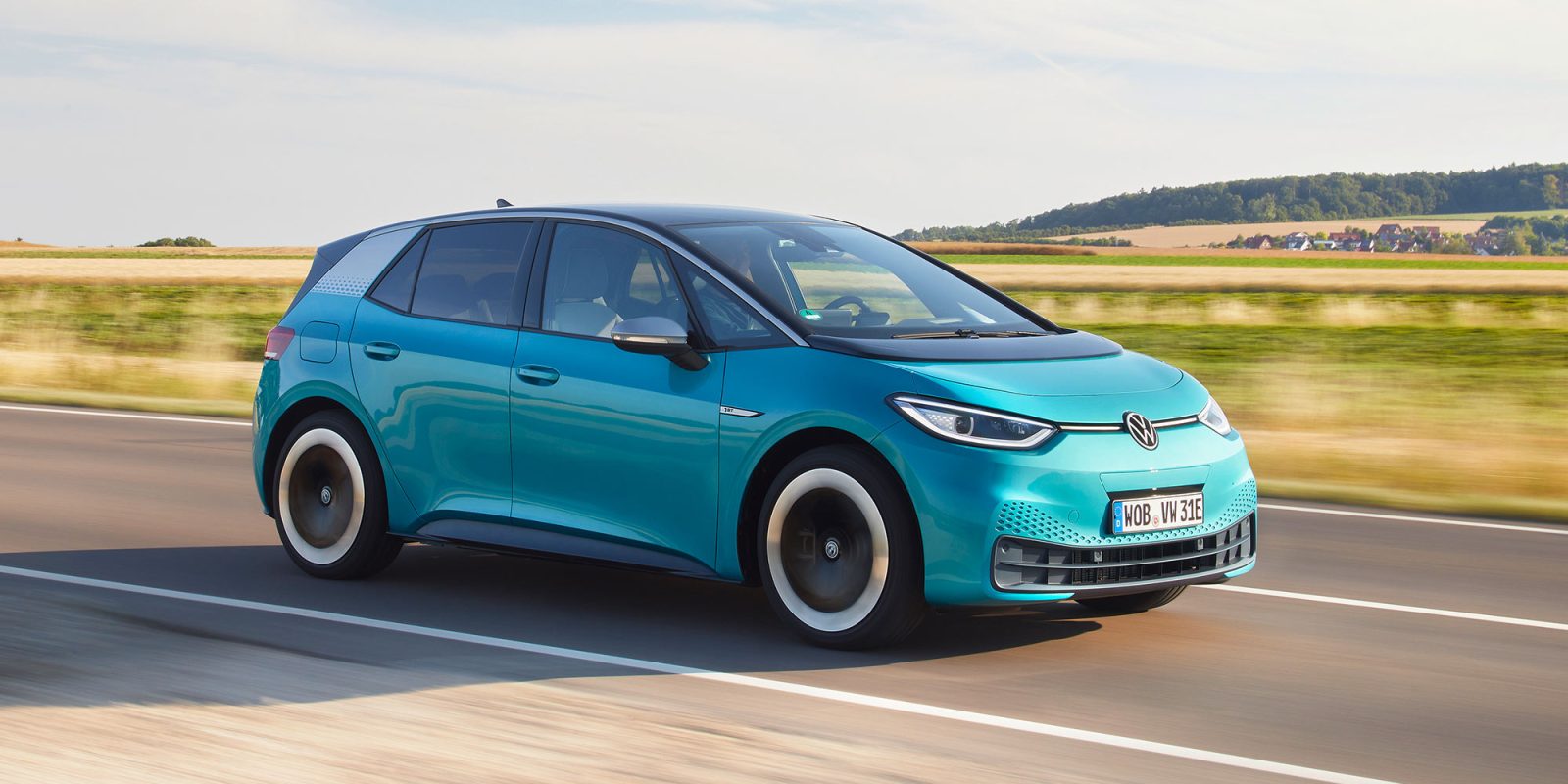 The Volkswagen ID.3 EV briefly became VW’s top-selling retail car in Germany last week when customers began placing orders at dealerships. The orders came more than a year after Volkswagen started taking deposits for its first purpose-built electric car. The company revealed who is buying the EV: mostly young “techie” men who had not previously purchased a VW.

The ID.3 is igniting with a population that is about 10 years younger than the average profile [of our customers], which is around 58 in Europe.

The company has received 37,000 pre-orders. About 85% of those deposit-holders have not bought a VW before the ID.3. That’s a dramatically different buyer than the loyal repeat buyers of the VW Golf hatchback. (About 85% of Golf buyers previously purchased a Golf.)

Software problems caused Volkswagen to delay deliveries of the ID.3 until October. Despite the change in timing, Stackmann said that VW would deliver between 60,000 and 70,000 new electric vehicles this year.

The VW sales chief shared demographics about ID.3 buyers. They are predominantly:

The ID.3 will not be sold in the United States. The ID.4 SUV, the first new all-electric model available in the US, goes on sale later this year.

ID.3 buyers, who started to place actual orders with dealership last week, can choose between 6 (out of the 7) different pre-configured models. They are based on the so-called ID.3 Pro Performance with a 58-kWh battery (net battery energy content) with a 150 kW (200-hp) rear-wheel-drive system and 125 kW DC charging. The trim levels are named: Life, Style, Business, Family, Tech, Max, and Tour.

The VW media release explains (without great clarity) that the lineup and pricing scheme begins with the €37,788 Life entry-level trim. The price climbs above €40,946 with Style and Business configurations to add features like LED lights, a panoramic roof, and keyless entry. The Family model at €42,306 brings two-zone AC, while the €44,810 Tech trim adds a head-up display and premium sound. The €43,680 Max version includes massage seats and adaptive cruise control.

It appears the loaded second version of the Tour model at €45,917.48 – offering a 77-kWh battery – is not yet available to order. However, the VW media release notes:

In addition to the seven pre-configured models, customers in Germany will also be able to order the two basic models ID.3 Pro Performance and ID.3 ProS, a four-seat model with a larger battery for longer range.

Herbert Diess, the VW Group’s chief executive, hopes that sales of ID.3 will launch the company’s ascent to not only being the world’s biggest seller of EVs but the globe’s most valuable company. Diess said:

In five to ten years, the most valuable company in the world will be a mobility company. It could be Tesla, Apple, or Volkswagen.