An original Tesla Roadster is going for sale at an insane $1.5 million asking price as some appear to test the market for Tesla’s first vehicle as a collector car.

For years now, some people in the industry have speculated that the original Tesla Roadster could become a popular collector’s car.

It has some collector proprieties — mainly rarity. Only about 2,500 Tesla Roadsters were made between 2008 and 2011.

In some ways, it has also been considered by some to be the car that launched the electric revolution, pushing the industry to use Li-ion batteries in their EVs.

It adds a special quality to it, and some car collectors have been testing the market for appreciation.

A few years ago, we reported on someone trying to sell an early Tesla Roadster “prototype” for $1 million.

They have tried to make it sound more special as a “prototype,” though it was actually sold as a Tesla Roadster VIN 32, because at the time and to this day, there are still Roadsters available for sale for $50,000 to $70,000. 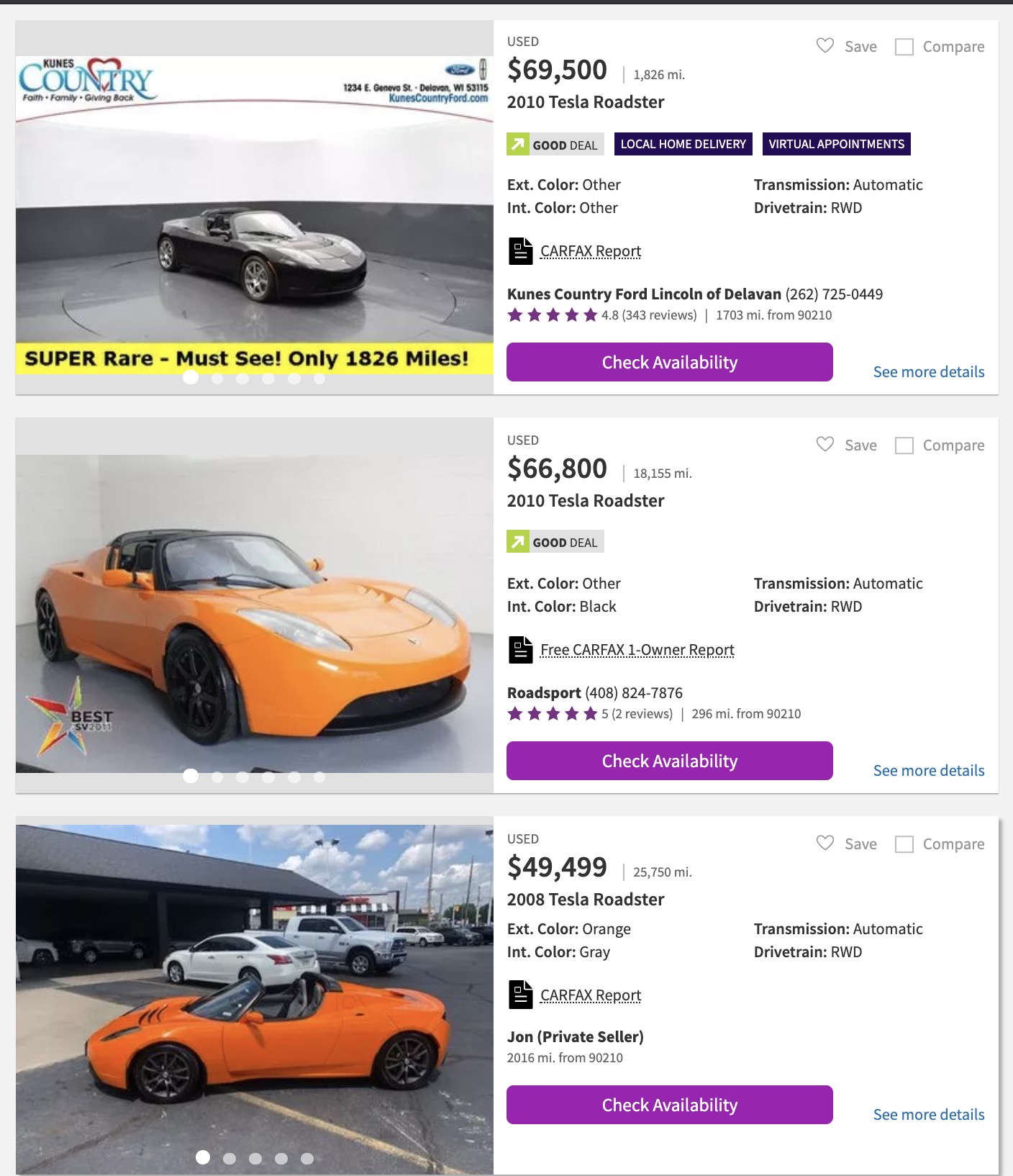 Now someone else is testing the Roadster resale market at an extremely high price.

According to a new listing that showed up in Switzerland, someone has the Tesla Roadster VIN 2500, the last original Roadster ever built, and it was kept in its original condition with only 200 km on the odometer.

They wrote in the description of the vehicle:

We offer the unique opportunity to buy the very last Tesla Roadster ever built, VIN 2500. It is not only the very last Roadster which came out of the factory, it was also prepared and conditioned in a very special way. This car comes in an unique sparkling white, a special white & black interior trim, full Carbon package inside, unique Carbon diffusor, the VIN 2500 badging, white ornaments on the rims and Signatures of the Tesla Team from back in the days on the battery. VIN 2500 was never registered, stored on tire pillows on marble floor and has only ca. 200km original mileage from the factory. The original coverage on the steering wheel, hand brakes, etc. is still on. Of course the battery was kept on ideal level and the overall car serviced. Imagine you missed like everybody the chance for a Ferrari 250 GTO before the prices really took off, now you have it with this very special collectors car from the most valuable car manufactorer in the world.

Here are some pictures that they published with the listing:

I don’t think the Roadster is quite there yet, but it might get there eventually.

More than 2,000 units is on the high side of rarity for a $1 million collectible car, but we don’t even know how many Roadsters are left out there.

A few were lost to crashes and in other incidents, like the 2017 fire at Gruber Industries when several Tesla Roadsters burned down.

For now, it seems that only owners who can claim some specific angles, like early VINs or now last-production VIN, are trying to get a high collector price on these electric cars.

With that said, I think more original Tesla Roadsters could eventually start appreciating due to its historical significance as part of the electric revolution, and as a few more are taken off the road.